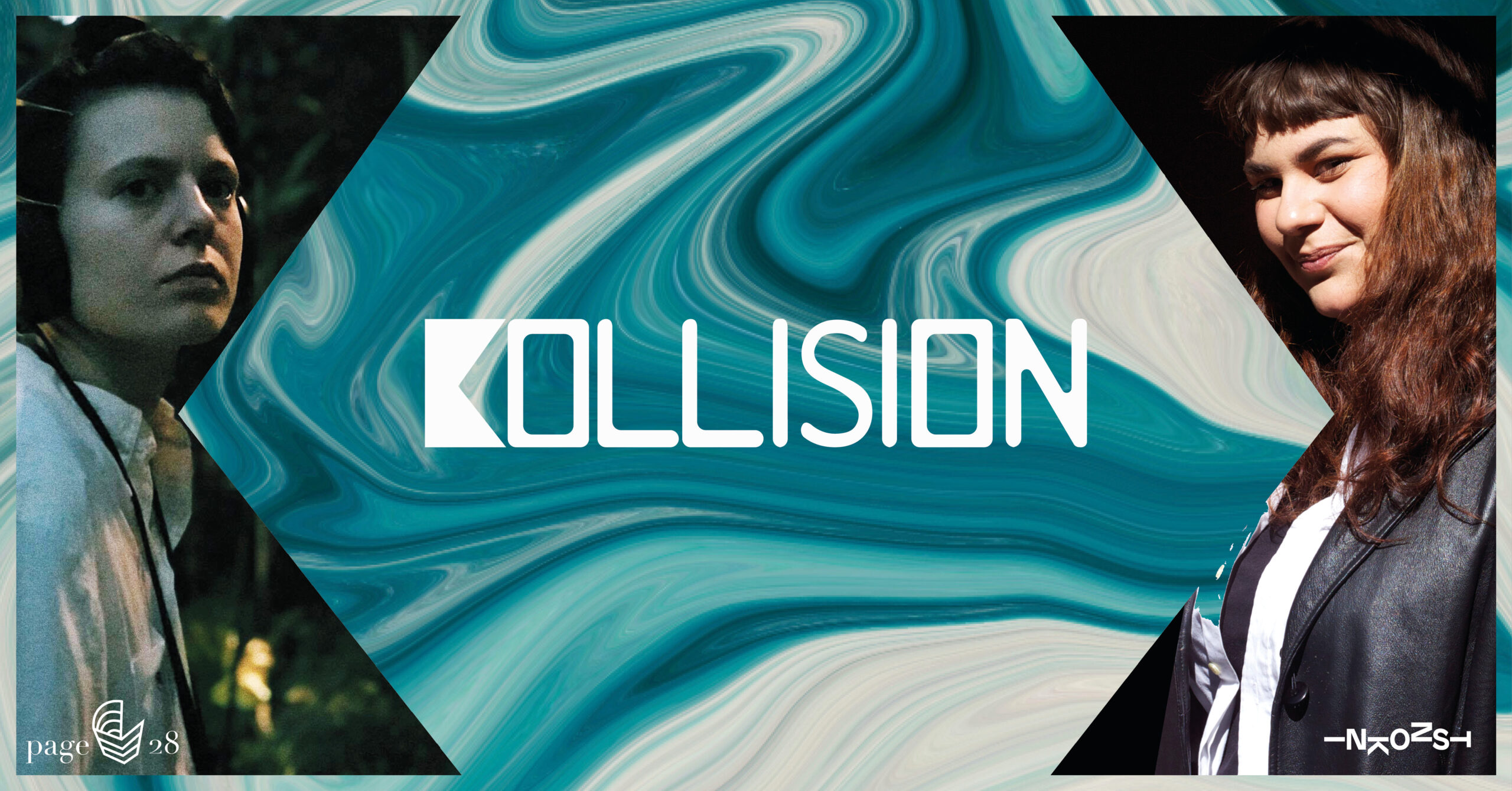 Kollision lets a musician and a poet meet to develop something completely new together, this time Mimounah Alma and Louisa Palmi. Now their joint creation will meet the audience.

After a great premiere of Kollision in October it is now time for the Malmö-based poet Mimounah Alma and musician Louisa Palmi, based and active in Gothenburg and Norway, to meet after an intense residency. On December 7th, the audience is invited to Inkonst’s big stage to take part in their work process – both the thoughts behind it and the actual result. Music, poetry and an improvised interplay between them take place on stage when completely new works are performed for the first time. In addition, Mimounah and Louisa will both perform their own works but also talk about their creative process together.

Mimounah Alma grew up in Gothenburg, but is now based in Malmö. She has studied literature at the residential college in Angered as well as the writers school at Biskops-Arnöl. Mimounah is published in for example Kultwatch and the magazines 20TAL, L’amour – La mort and Pralin Magasin. Last year she participated in an anthology published by the Gothenburg-based writing collective Since You Asked.

Louisa Palmi (b.1995) works with electroacoustics and acousmatic music. One of her main areas is surround sound and working with how the sense of space can be transformed by manipulating sound. Her live soundscape can be described as melancholic and intense. They often consist of contrasting textures. Her work has been presented on several international stages and she has received orders from, among others, Insomnia festival together with Per Martinsen (aka Mental Overdrive), Arctic Arts festival and Electric Audio Unit.
Read more here or listen here:
∙∙∙∙∙∙∙∙