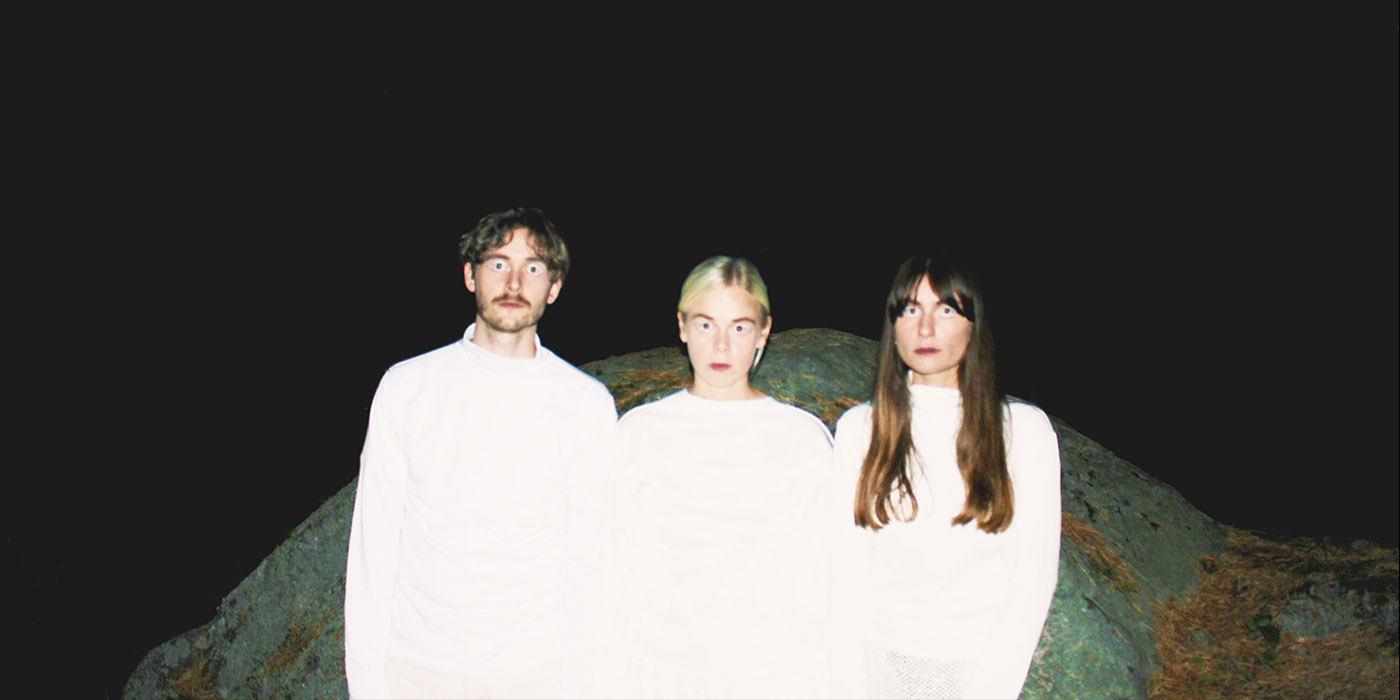 Atmosphere and weight, emotional charge, beautiful melodies and a minimal restraint in combination with a joyful experimentation production-wise, are all contributing components which make it hard to forget Hey Elbow once you’ve heard them.

Hey Elbow consists of Julia Ringdahl (vocals/guitar), Ellen Petersson (horns/electronics), and Liam Amner (drums). With a background in jazz and an ear for distortion they create eccentric pop music with a big sound.

Formed in 2013, Hey Elbow took its name from an aerobics warm-up exercise they were taught while standing in the audience waiting for a show by The Knife. With their foundations in jazz and musical education, combined with an interest in noise, improvisation and freedom, they make oddly haunting pop music with a unique and personal expression. None and all of the three members are fronting the band, a democratic philosophy that gives the flugelhorn as much space as the singing, the electronics and the drums.

“In our music the sound is at least as important as the actual compositions. We like to add little details to the mix, and they don’t have to be notes, they can be just noises or hiss. They add just as much to the music as tonal things.”

They describe a liberating feeling when they started playing together, like finding something that had been waiting to take form. Their creative process is more intuitive than analytical and they don’t limit themselves with thought-out stylistic moves.

“Most of our inspiration is probably unconscious. We don’t talk a lot before we write a song about how we want it to turn out; we try to just let everything happen. We have never talked about in what direction Hey elbow should move or how we want to sound.”

Preceding their second album is the single “Quest”. “Quest” is a gigantic swelling piece with massive choir, and howling lead vocals combined with a nearly balearic rhythm. It combines everything we know from Hey Elbow so far; the grandiose and the intricate; the beauty and the noise. It’s the perfect takeoff for the coming album.

Atmosphere and weight, emotional charge, beautiful melodies and a minimal restraint in combination with a joyful experimentation production-wise, are all contributing components which make it hard to forget Hey Elbow once you’ve heard them.