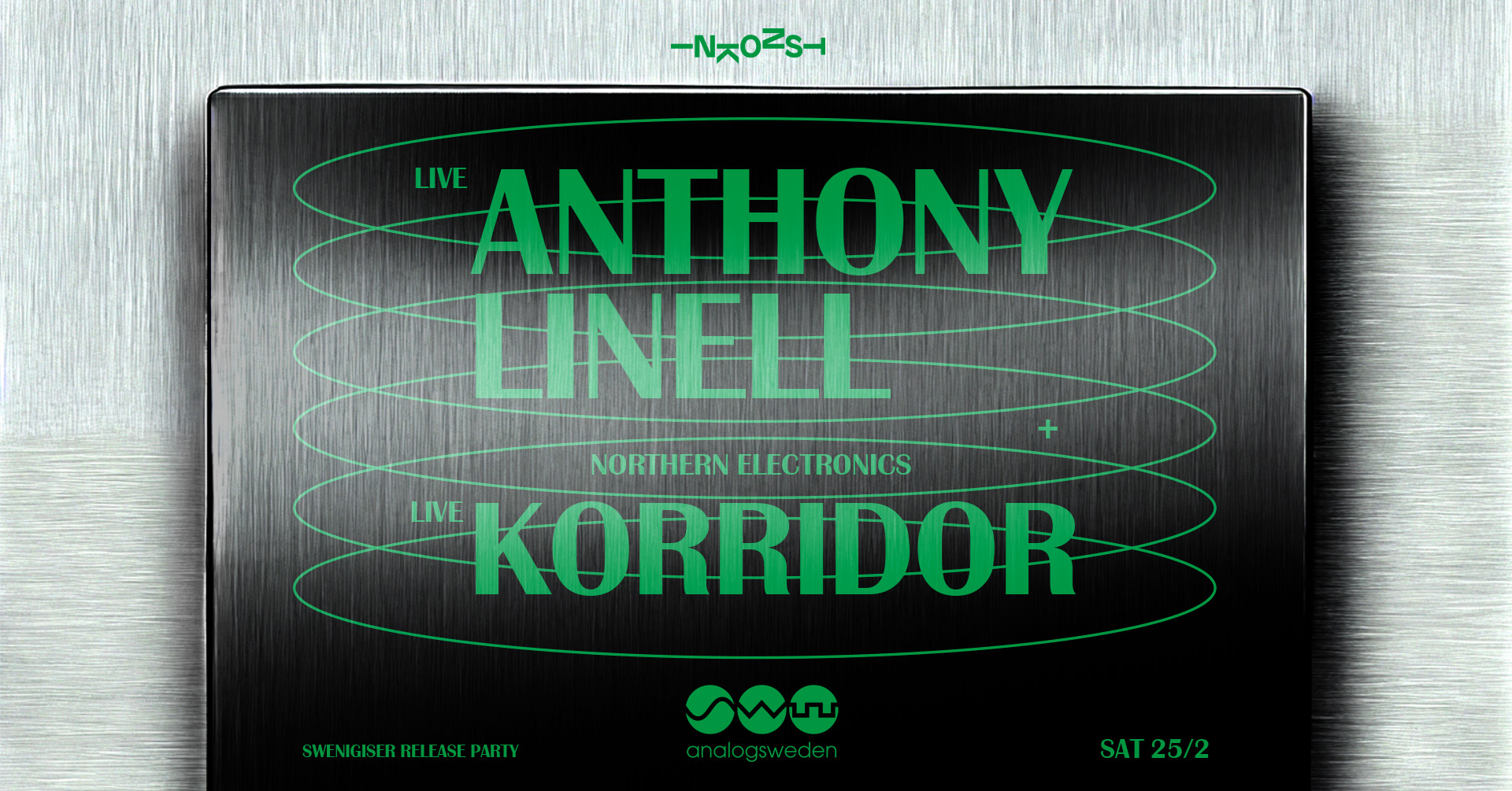 Celebrating the release of the SWEnigiser synthesizer, Analog Sweden+Inkonst invites you to explore the inner sanctuary of electronically guided movement.

Based on the rare as gold dust 90:s synthesizer Orgon Systems Enigiser, an instrument loved by the few fortunate producers to get hold of one, Helsingborg and Malmö-based Analog Sweden has evolved and expanded it into the SWEnigiser. Yes, this is a release party for a synthesizer that we celebrate with focus on what it is made for – explorations in mind and movement. Anthony Linell and Korridor have been using the original Enigiser in their productions for several years, and we could frankly not think of anyone better suited for the task to share its inner secrets.
Anthony Linell (Northern Electronics)
The cohesive array of depth charged devices that Anthony Linell has produced is formidable.
From his opening statements as Abdulla Rashim on his early label of the same name, right
through to his recent work that puts his aliases aside, there is a robust and rigorous intent
that compounds the elemental strategies of techno’s models to apprehend his singular vision. Purposively ricocheting between the techno world and experimental electronic music, Linell forges a distinct passage that gathers the aesthetically uncompromising motifs and missions from across this spectrum.
Korridor (Hypnus Records,Northern Electronics)
A modern polyrhythmic shaman that combines darkness with light, mathematical structures with melancholic harmonies and spiritual black holes with the brightest states of awareness. With his unmistakable trance-inducing sound, Korridor has hypnotized clubbers and electronic music aficionados all over the world.


Analog Sweden
Founded in 2007 by Fredrik Segerfalk has journeyed from studio owner, designer, producer and synthesizer tech, now taking the next step into producing a hardware synthesizer in collaboration with Vatansever Ljud.
www.analogsweden.com
https://www.instagram.com/analogsweden/
*The event will be filmed for release, with focus on the artists and the synthesizer. All attributes identifying individuals will be edited out. It is our highest priority to protect the integrity of our visitors.