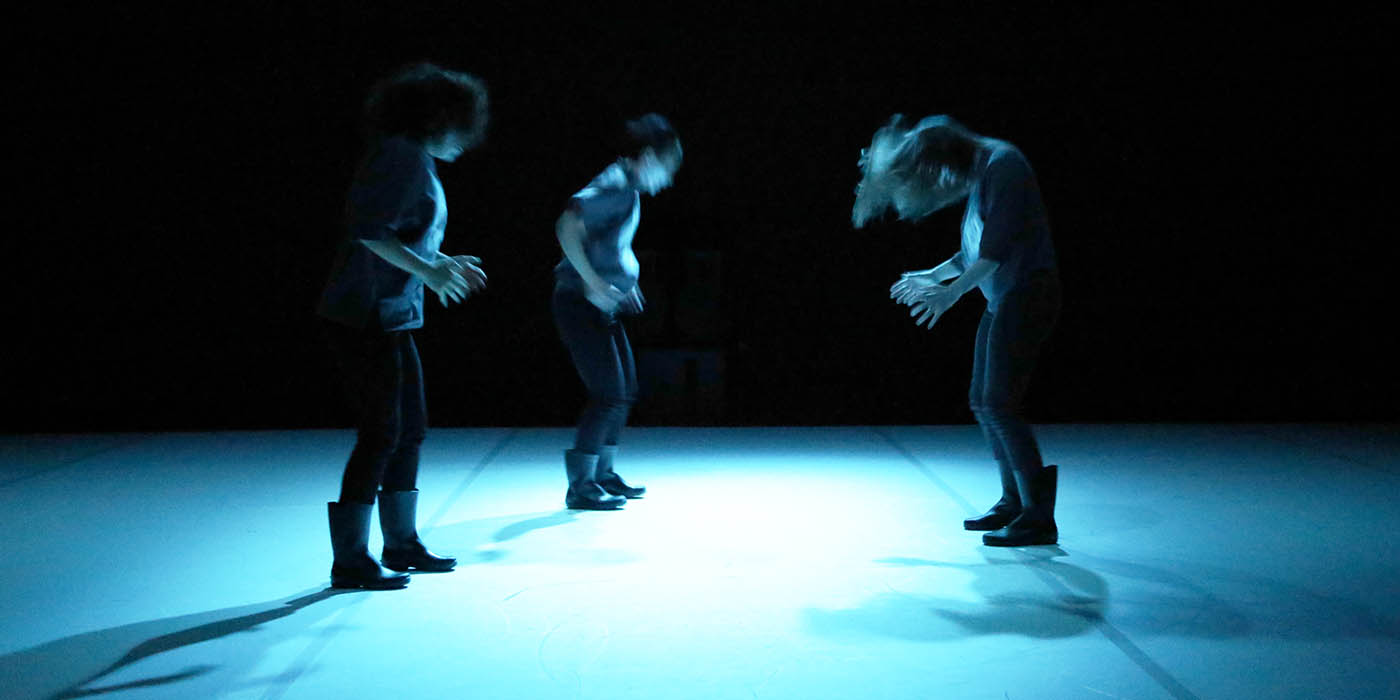 Three humanoids searching to be in synchronized harmony with the Earth and nature to reconnect with their humanity.

In Synchronization presents a dystopian world where the inhabitants are forced into an epileptic trance. Here the audience is invited into a vibrant space where sound, light and three bodies resembling humans give in to the subtle, all-encompassing power of synchronization. Ghostlike figures wearing outfits that resembles both Star Trek and antroposophical colours with their mouths wide open, like Munch’s the Scream. There is an omnious calm to the costumes in the way they sparkle in meditative geometrical shapes.

Synchronization is about approaching one another and grooving in and out of rhythms that culminatie in a dense fabric of interwoven relationships. The world is in a constant strive for global synchronization, for time and space to be cohesive everywhere. The humanoids on stage are longing for bodies, sounds and light to gradually dissolve into one another.

This retro-like dystopian world is moving to a soundtrack of repetetitve sounds and syncopated, disharmonious rhythms. A worn and torn post apocalyptic reality that at the same time shimmers of futuristic dreams that there is still hope to turn things around and make them better.