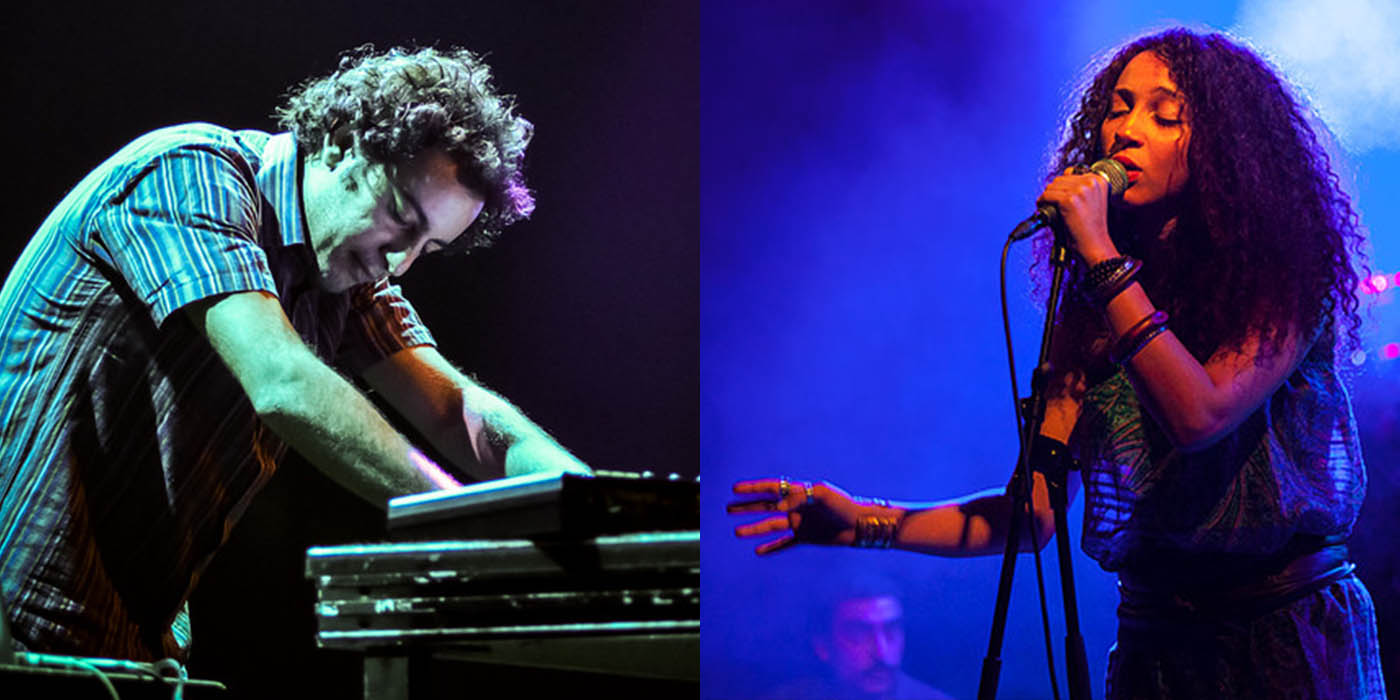 A major new collaboration set to take alternative Arabic music by a storm.

In 2013 Maryam Saleh, Maurice Louca and Tamer Abu Ghazaleh came together sharing an all-consuming preoccupation with Egyptian music in all its forms, alongside a common appreciation for Mido Zoheir’s beautifully penned dystopian poems. The culmination is an album, out in Spring 2017, composed in Alexandria and in Amman and recorded between Cairo and Beirut. In January 2017, the trio meet in Malmo, Sweden, for their first post-recording residency to develop the live rendering of this album with Maryam Saleh on vocals & guitar; Tamer Abu Ghazaleh on vocals, oud and buzuq; Maurice Louca on keys, electronics and guitar; Khaled Yassine on drums; Ghassan Bouz on percussions and Mahmoud Waly on bass. Halfway through the residens, Maryam Saleh and Maurice Louca takes part in a artist talk, moderated by Maan Abu Taleb – editor at music magazine Ma3azef.com.

A major creative force and a powerful voice for her generation, Egyptian singer and songwriter Maryam Saleh has forged a path as a solo artist, recording and performing her own projects and collaborations. Using her muscular, alluring vocals and captivating stage presence, Maryam has brought her contemporary compositions and reinterpretations to life at sold out shows across the Arab world and internationally.

Inspired by many influences, from psychedelic to Egyptian shaabi, Maurice Louca‘s second album Benhayyi Al-Baghbaghan (Salute the Parrot), released in November 2014, shattered the confines of musical and cultural labelling and was dubbed by many as a game-changer for the region’s bustling independent music scene. Louca is an Egyptian musician and composer born in Cairo where he lives and works. He is the co-founder of the bands Bikya, Alif, The Dwarves of East Agouza and Karkhana.

About the residency
This residency is produced by Sarah El Miniawy (Simsara), Inkonst and Inter Arts Centre, with support from Musikverket. Part of a wider project connecting musicians and music organisations in Sweden with their Arab world counterparts, in partnership with Clandestino Festival and Institut, Fylkingen, Elektronmusikstudion Stockholm (EMS), Irtijal (International Festival of Experimental Music in Lebanon), Eka3 (independent platform for Arabic music) and music magazine Ma3azef.com.