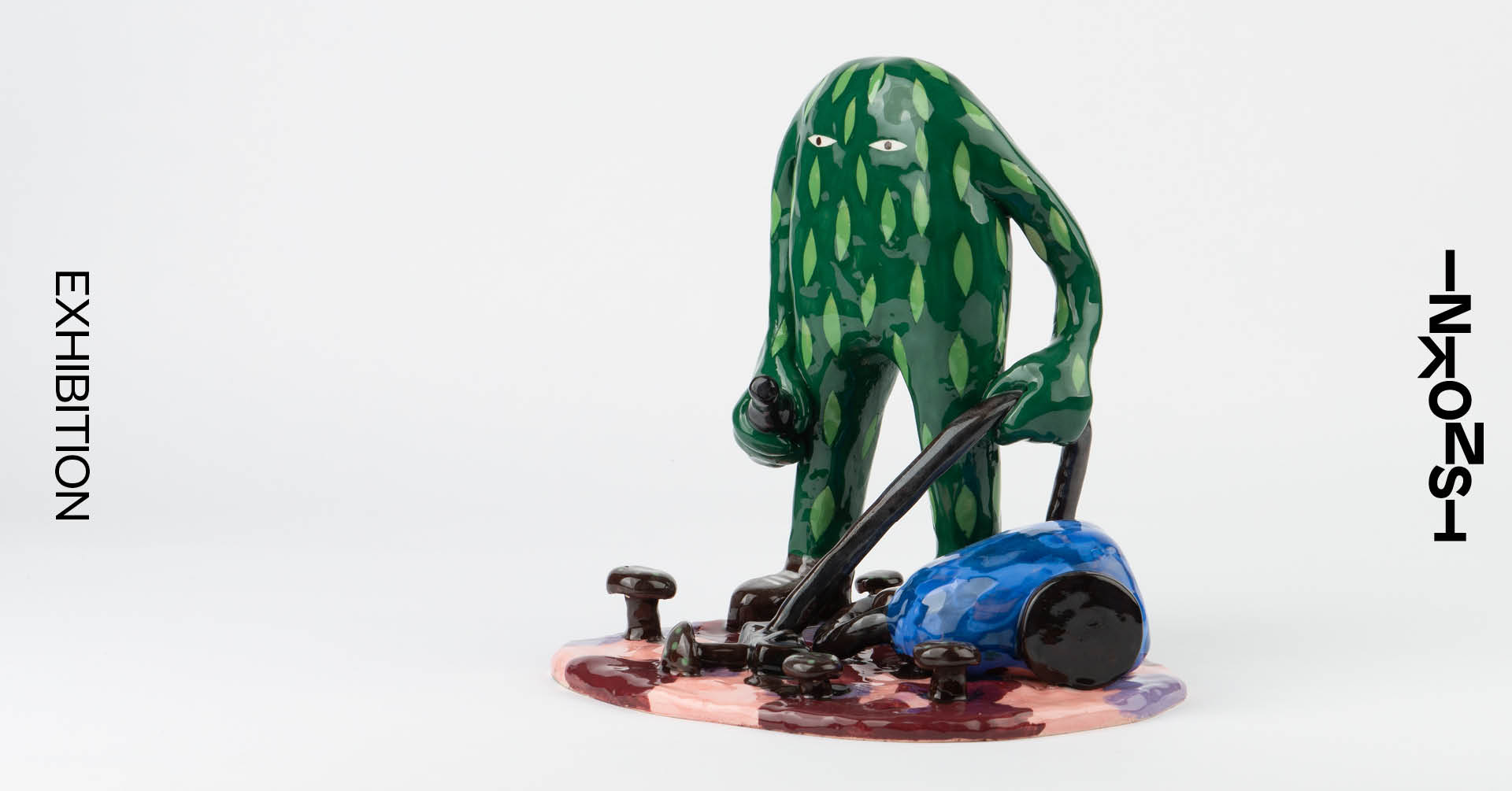 Exhibition with Benjamin Uggla's clever, colorful little sculptures, as if emerging from a fantasy world, but still just people like you and me.

Benjamin Uggla’s sculptures have an air of loveliness and humanity around them and it is extremely difficult to resist them. They take the form of colorful and clever figures who usually do completely ordinary things: read a book, work on the computer, drink a beer, take a bath or scroll on the phone. Sometimes they get a little mischievous and suddenly make a bodily pyramid with their friends or turn themselves into a hamburger. These moments in time depict our contemporary lives, and at the same time these creatures are from a fantasy world. The artist wants to remind us of the human in all of us; who we are, what we do and what the world we live in looks like.

A recurring element in Benjamin’s sculptures, but also in his murals, is the form of a leaf. The figures were also born once when the artist wanted to give life to a bush, which suddenly got eyes, arms and legs. After a while, the figures came out of the sketch book and took three-dimensional form through the clay. The sculptures bring to mind both manga and graffiti but also other playful artists such as Misaki Kawai or Kristofer Ström’s animations. You can clearly see that Benjamin has a background in both music and computers as they often appear as attributes to the sculptures.

Benjamin met clay in his art education and it was love at first sight. The material is important to the artist, not least because it has been used by man for thousands of years to create both utility items and art. In recent years he has focused increasingly on his figurative sculptures, but also works with painting and abstract forms. The sculptors Ken Price and Tony Cragg have been important sources of inspiration. In the exhibition at Inkonst, Benjamin will show around twenty brand new sculptures, both figurative and abstract, but also mural painting.

See all the sculptures (and some bonus ones) in a digital 360° version here.

Vernissage 4/11 18-21
Experience the art of Benjamin Uggla backed up by the sweet tunes from ODD D, the DJ of the evening. Her mix is described like this: “ODD D picks her music like a well balanced bag of candy – there’s sweet, sour, chewy, soft, bald and familiar. Blending genres and tempo, she makes sure to give you a musical treat for both body and ears.”

Benjamin Uggla (b. 1989) is an artist based in Stockholm with roots outside Gothenburg. He studied industrial design at Konstfack, but also has a basic education in art from Nyckelviksskolan as well as studies in computer science at Linköping University. During the last years he has exhibited his art in places like New York, Paris and Florence, but also at Liljevalch’s spring salon and several other exhibitions in the Stockholm area. He had his last solo exhibition at Bläck in Stockholm this spring and this is the first time his art is shown in Malmö.