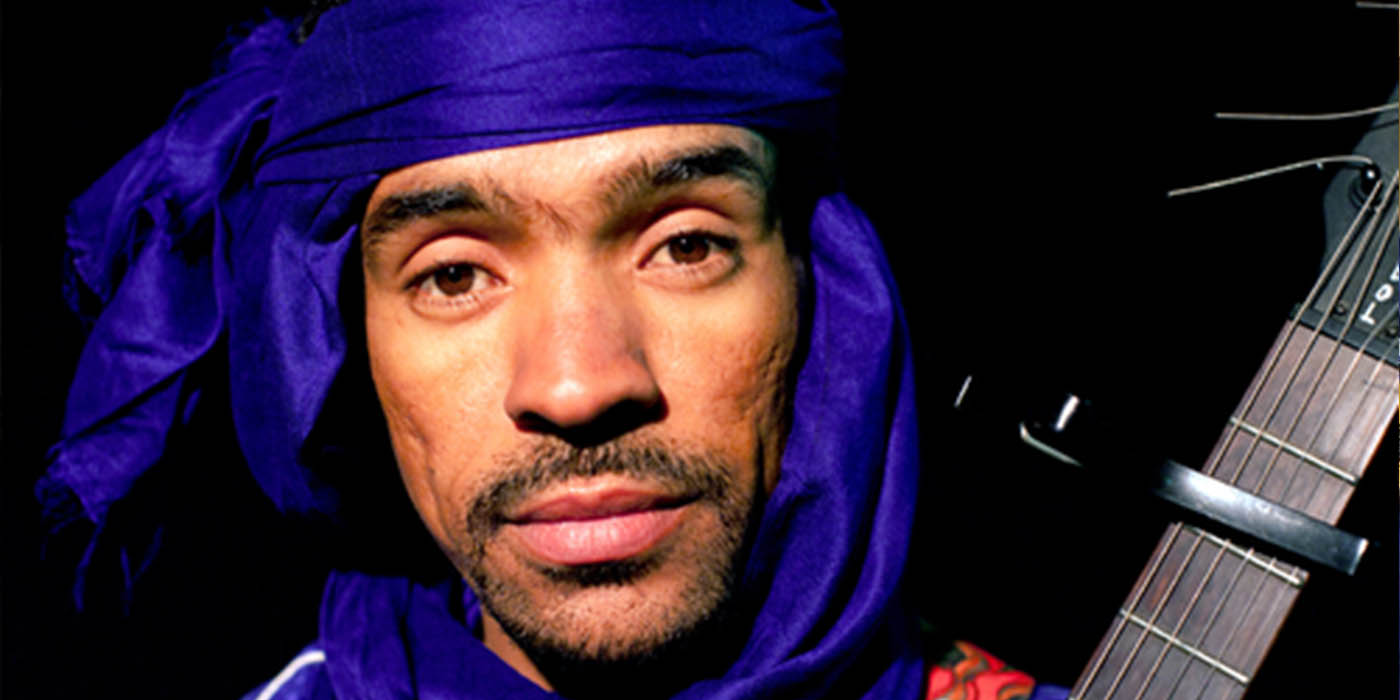 Group Inerane is the new sound of the Tuareg Guitar Revolution sweeping across the Sahara Desert and inspired by the rebel musicians that started this music as a political weapon used to communicate from the Libyan Refugee camps in the 1980s and 1990s.

Spearheaded by the enigmatic guitar hero Bibi Ahmed, his new incarnation introduces another legend on second guitar, one Koudede Maman. Koudede is considered to be a cornerstone of the second wave of the Tuareg guitar lineage, while Tinariwen and Abdulla

Oumbadougo are the godfathers of the scene and Group Inerane and Bombino are the third and most current incarnation of the Tuareg’s voice for hope and equality.

The Group Inerane has played together for several years and carries the rich tradition of Tamachek guitar songs for another generation. Thire style is a combination of roots rock, blues, and folk in the local Tuareg styles at times entering into full-on electric guitar psychedelia. Two guitars, bass and drums chug along on a hypnotic choogle that rivals both the Magic Band’s early ’70s marathon workouts and The Velvet Underground’s drone on tracks like “Sister Ray.” This is music made from revolution and its message of hope and validation of equality of the Tuareg way of life is unstoppable.

In February 2019 Bibi Ahmed visited Germany to record a new album which is to be released in August 2019. Group Inerane last played at Inkonst in 2011.