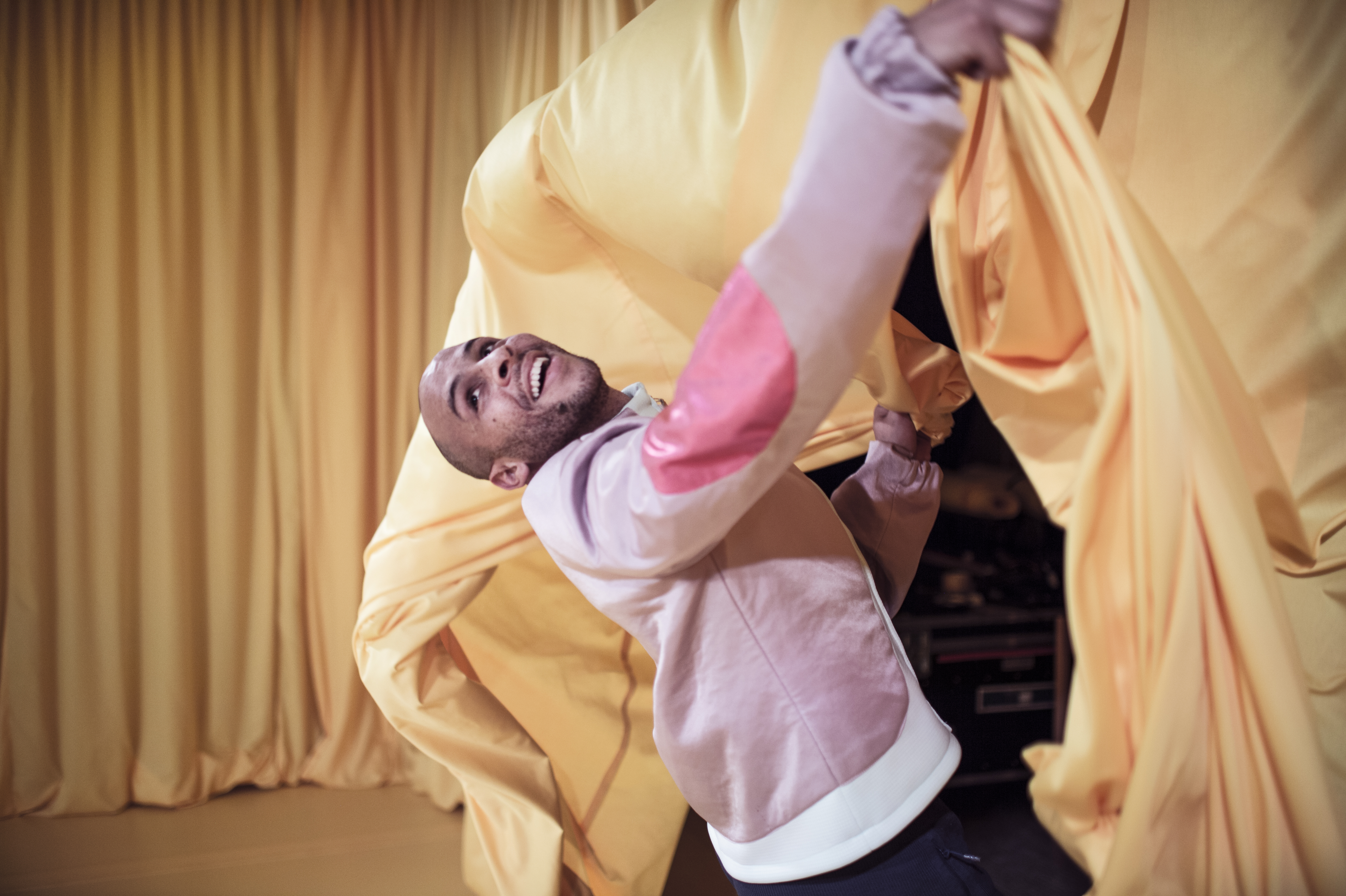 Dancers playing with self image and reality

Three dancers in perpetual motion plays with the personal and the fictional, the real and the false, the biographical and the made-up. What inner landscapes do you move in and out of?

Three longer solos are woven together in Landscapes of Ithrough which personal choreographic landscapes emerge. The process works with rhythm and musicality created through repetitive use of transformative movements and sounds, creating a landscapes of questions and answers. With a blend of crips details and humour the three performer highlight chosen images of themselves, constantly moving. What is real? What is fake? Whose landscape are you stepping into or out of? Is there still something that can truly be called personal?

The material has been created during scattered periods over a year in which Björn and each performer has worked separately.

Landscapes of I lingers among memories, around manners, reflexes, conscious and unconscious actions. A hike in the landscape of our self-awareness, or the lack of. A questioning of the wish to control how we present ourselves, playing with the uncertainty of a fixed reality. An experiment with the expressions of honesty and the so-called personal.

Björn Säfsten (SE) works around the body and the mind and its connected actions are scrutinized, dissected and exposed. The focus is on creating ‘another body’, another notion of human physicality, bringing images to life that visually problematize our notion of the human nature. The physical practice expose images that occur from a certain physical action, in a chance method. The work thus takes visual turns and bends, often moulding itself whilst being performed, establishing itself a-new each time for each audience encounter.

We aim to expose physical dilemmas, deliberately creating situations where the thoughts of the performer are exposed, opened up to the viewer. The work fools around with the notion of language – striving to confuse and divert the viewer from the regularity of bodily reading. The body is seen as a multiplex of wills, desires och directions, moving away from a notion of a bodily and mental entity. Changing the notion of the body and and the embodiment of the object and the relation between the two entities are central in research and presentation.

The exact texture of the singular movement stand at the core of the work. Sections are created in the present moment through practices occupying the performer with a blend of orders, restrictions and physical parameters. The methods behind the work strive in a direction of non-clarity and non-singularity, exposing the trajectory of thought and movement in the performer as actions happen. Energies in the action differ from an awaiting hesitation to a certain urgency, to a deliberate stillness to outburst of action. The incoherence of actions create the non-singularirty, the non-linear narrative that interests Björn and the artists working with the different choreographic works. The work goes against consensus of understanding, aiming for bringing the diversity of the audience members into the relationship between stage and auditorium, between the performers area and the spectators area. We aim to discuss how language is violent in its form of oppressing both the performers and the viewers relation to movement and body. We wish to expose the multilayered understanding the physical experience embody and how this can be brought into the private, the public and the political sphere.