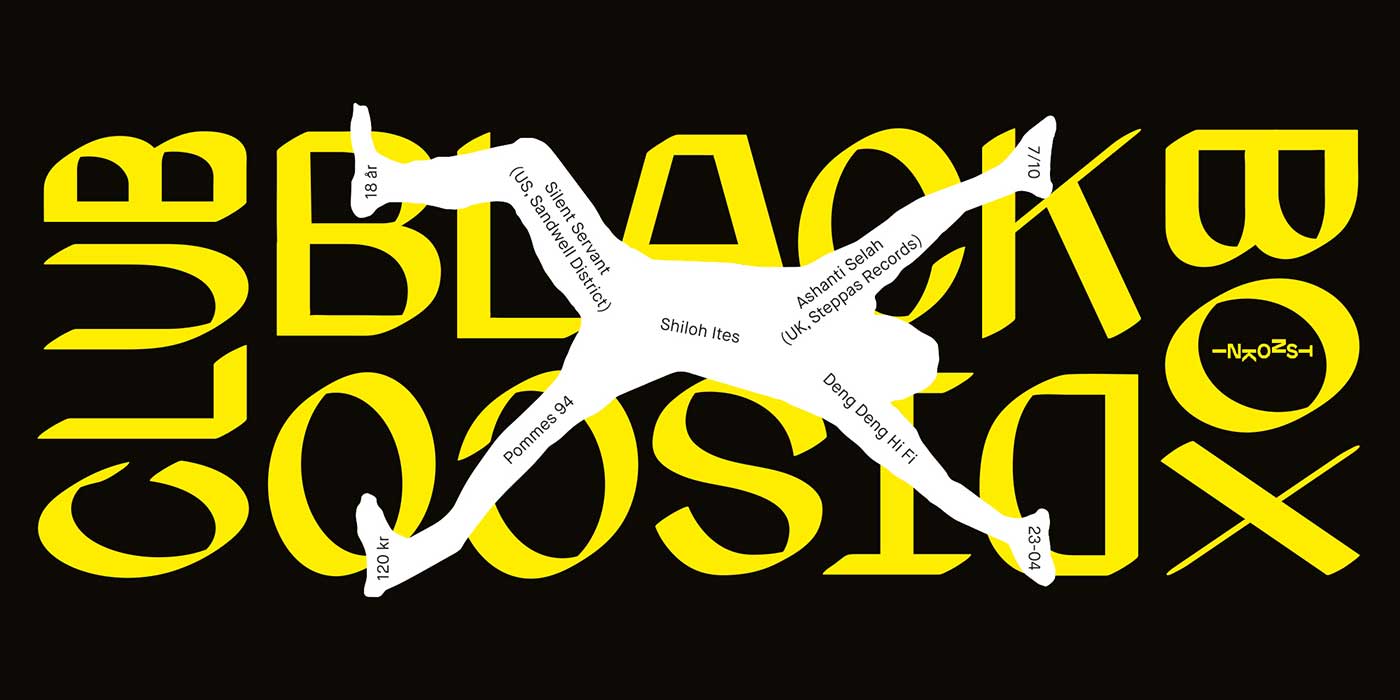 Have you heard about the Swedish word ‘lagom’? No? Nor have we.

Legendary industrial techno, monstrously rumbling bass and unstoppable dance floor action – all in one massive package. All three floors of Inkonst will open for one mega party featuring the revered techno legend Silent Servant, Malmö’s own dub masters Deng Deng HIFI – who will bring their own colossal sound system well as Ashanti Selah & Shiloh Ites as guests of honour – and the beloved underground rave crew Pommes 94.

Silent Servant (Sandwell District / Jealous God)
No time has been wasted in the wake of Sandwell District’s 2011 demise. Along with Regis and James Ruskin, Silent Servant founded the Jealous God label. In it’s short existence, they have already cut-up and reinterpreted many of the conventions of the techno world, forging a unique identity in the process. With it’s highly conceptual aesthetic and relentless dedication to experiment, Jealous God is a flag-bearer for the contemporary electronic avant-garde and a loyal ally to all mutant experimentalists.
While insincerity remains the safety of many, Silent Servant’s own productions are brutally honest and resolute, rendering irrelevant those mongering for light. Deeply pensive and forward thinking, his sound is marked by a distinct blend of the disparate and divergent. An appreciation of warehouse techno, industrial noise and post-punk are evident, yet challenged and reworked to form a uniquely modern style – a vitality so controlled and concentrated that it captivates immediately.
His live sets are another matter of inventiveness. The superfluous eliminated, Silent Servant has, for years, been rewiring the minds and moving the bodies of those seeking the most meaningful and potent energies that electronic music has to offer.
Having developed a special kind of discipline, Silent Servant will no doubt continue to drive forward, bringing the truly adventurous with him. His criterion of action is freedom of movement, timelessness of expression, freedom for transgression; holding truth at most high. To that end, there is no compromise.