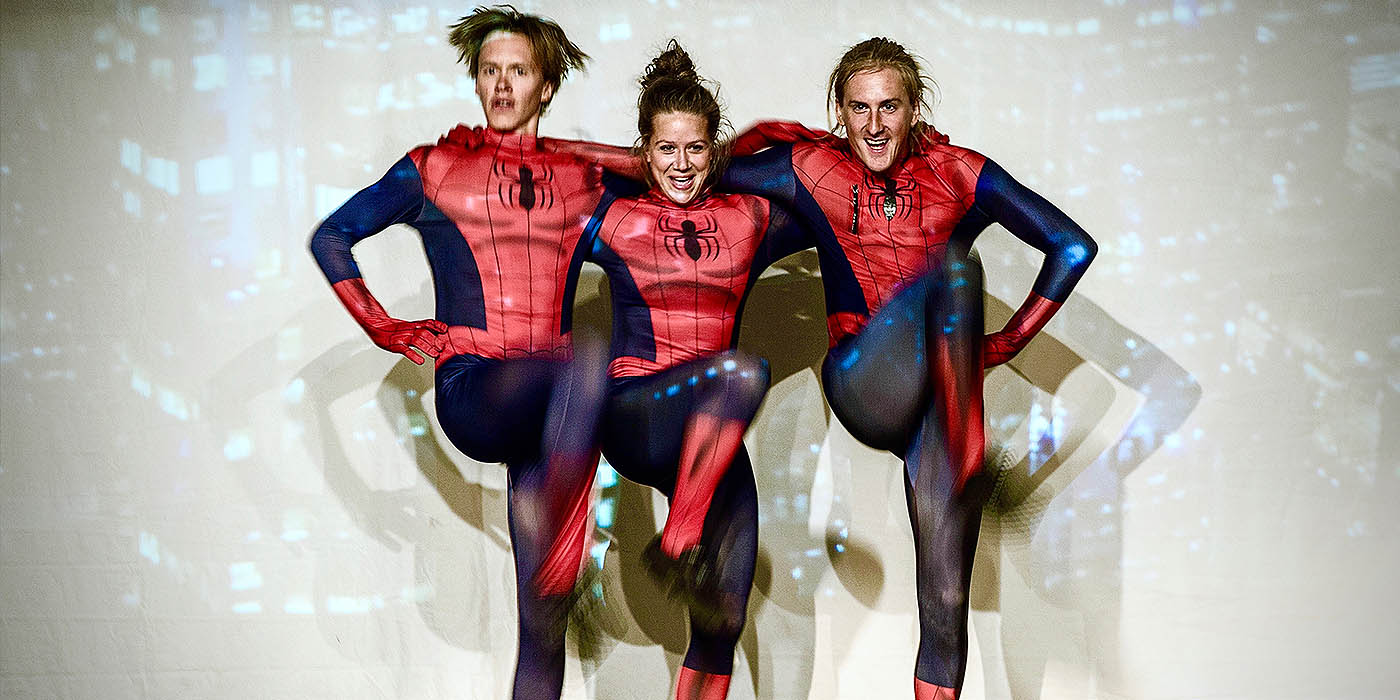 This is the third performance in a series about super heroes and copyright where Bombina Bombast challenges the laws protecting famous and beloved characters, costumes and storylines.

The concept Super Hero™ is patented by rivaling american comic books publishers Marvel and DC. In the US murder carries a lower penalty than unauthorized use of their protected material. But what laws can, or should, we break to do good?

So far in their exploration of super heroes Bombina Bombast has almost been sued by Disney (who owns Marvel), worn out 12 Spiderman costumes, toured around the Nordic countries and fought for their heroes DIY style, while being in dialogue with the audience and performing breathtaking fights on stage. Now the heroes have grown tired of being underdogs and go back to their roots proving to the multinational corporations that superpowers were here way before copyright laws. Using the Illiad as their point of departure Local Hero Part 2… makes clear that Hollywood weren’t the first to create moral epic with godlike heroes. Athena was here before Wonder Woman and a toga trupms a cape. Showtime!

Bombina Bombast is a touring performance company based in Malmö. They have produced over 30 original works for stage and screen since the start in 2011 and toured the Nordic countries, China, Spain and the Netherlands. Their works are characterized by the performative meeting innovative technologies, lately focusing on virtual reality.