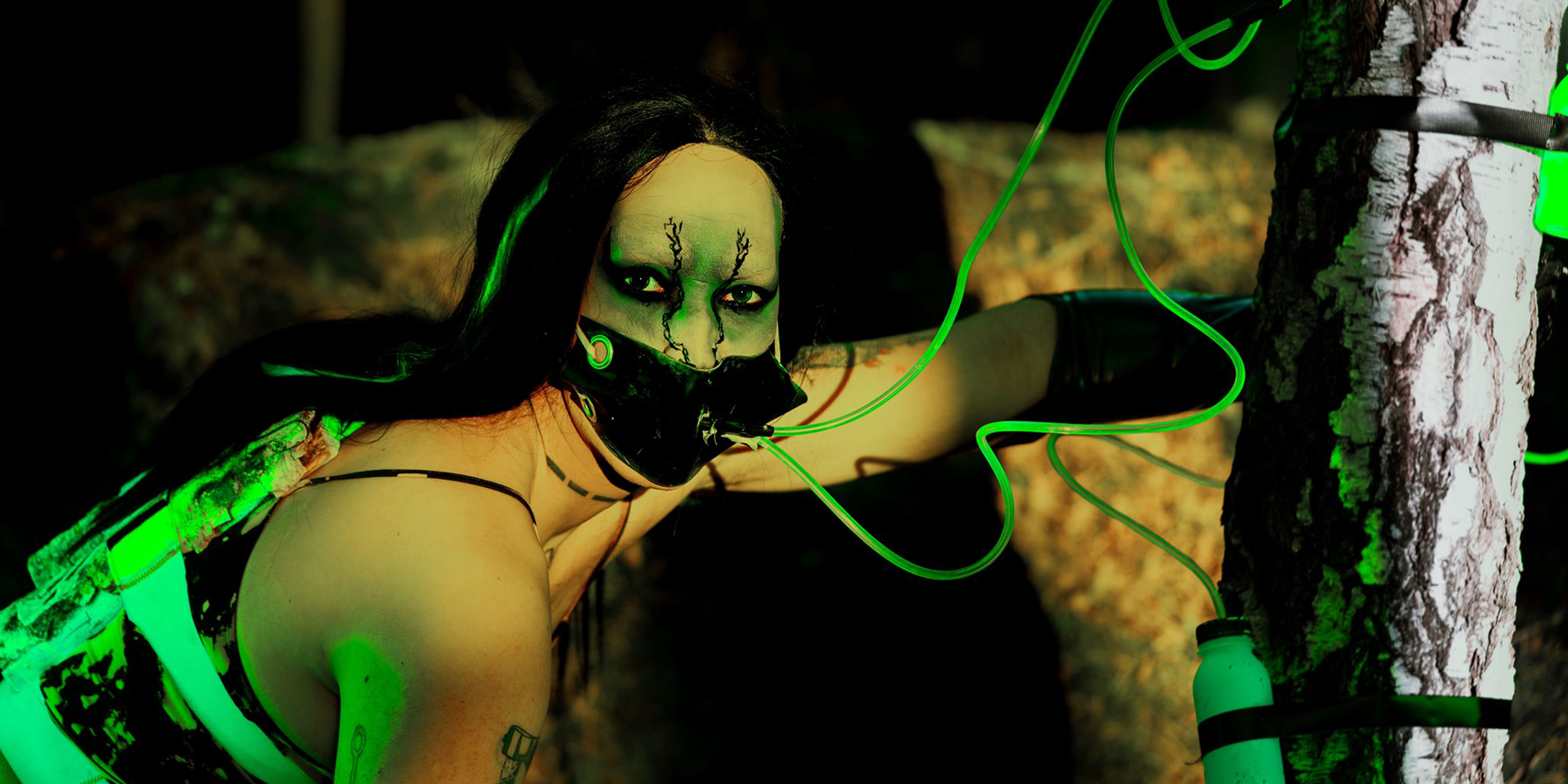 The piece Bleach Birch is about living in a dilemma as a queer POC in Sweden. This dilemma takes place in a fictitious trans-humanist resort-world where the action revolves around the healing powers of the exotic birch tree. This is a spa where one can recover from both reality and dreams. Artist Rolf Backman Ossandón A.K.A Butcherqueen explores in-betweenness, identity and dilemma through costume, makeup, installations and performance. Through ritualistic and meditative movements Butcherqueen portrays a mental and physical journey in a relaxing spirit.

Rolf Backman Ossandón is a Stockholm-based performance artist, visual artist and textile artist. Their work revolves around identity, gender and betweenship based on an intersectional perspective. With a background as an alternative drag artist in the club scene, Rolf has been involved in starting various events such as Sweden’s first drag festival in Stockholm – Stockwig, and Queer Art Festival.