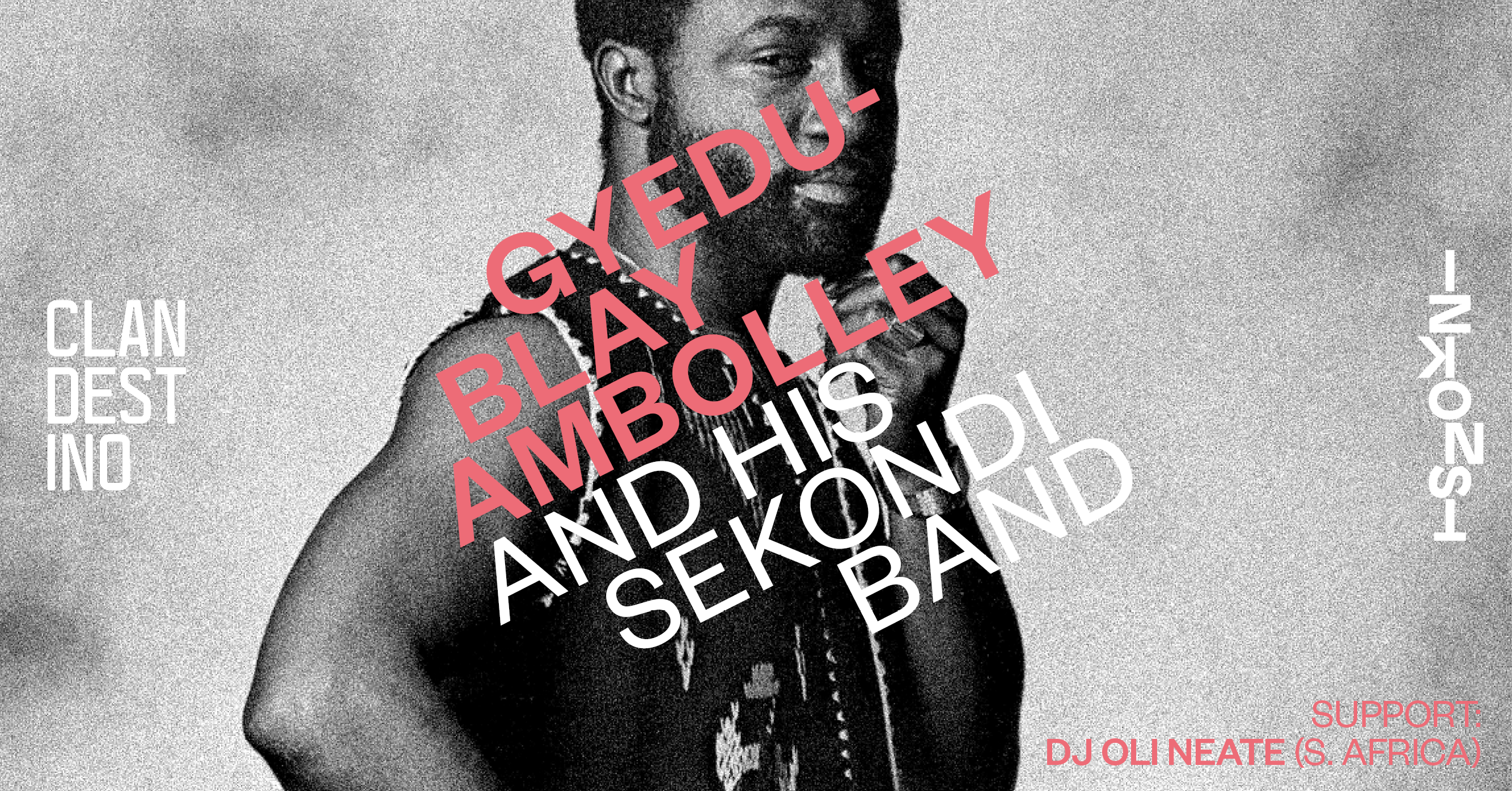 Highlife and afrobeat from a West African legend! PART OF Malmö Folk Festival

THIS EVENT IS PART OF Malmö Folk Festival

Born in the city of Sekondi-Takoradi in the Western Region of Ghana, Gyedu-Blay Ambolley exploded on the music scene in 1973 with his jazzy, funky and soulful Highlife sound. Today, the versatile singer, multi-instrumentalist, songwriter and producer has thirty albums to his credit.

Originally a drummer and guitarist, he turned to play bass (an instrument many of his peers especially credit him for), before he became a prominent lead vocalist and started playing the saxophone, something he learned from outstanding musicians Sammy Lartey and Ebo Taylor. As a founding member and lead vocalist of the Apagya Show Band in 1974 (then led by Taylor) and Complex Soundz in 1977, Ambolley gradually augmented Highlife with electric instruments, funk and socially significant lyrics in Twi, Fante and English. By the end of the 1970s, he was already a highly recognised and influential figure in the Ghanaian and wider West African music scene.

An outspoken supporter of pan-Africanism and a staunch critic of corruption, inequality, and neo-colonialism, his music is thought provoking and continuously relevant. For this tour, he brings along the nine man strong Sekondi Band from Ghana, for what we can only guess will be an unforgettable performance from a living legend.