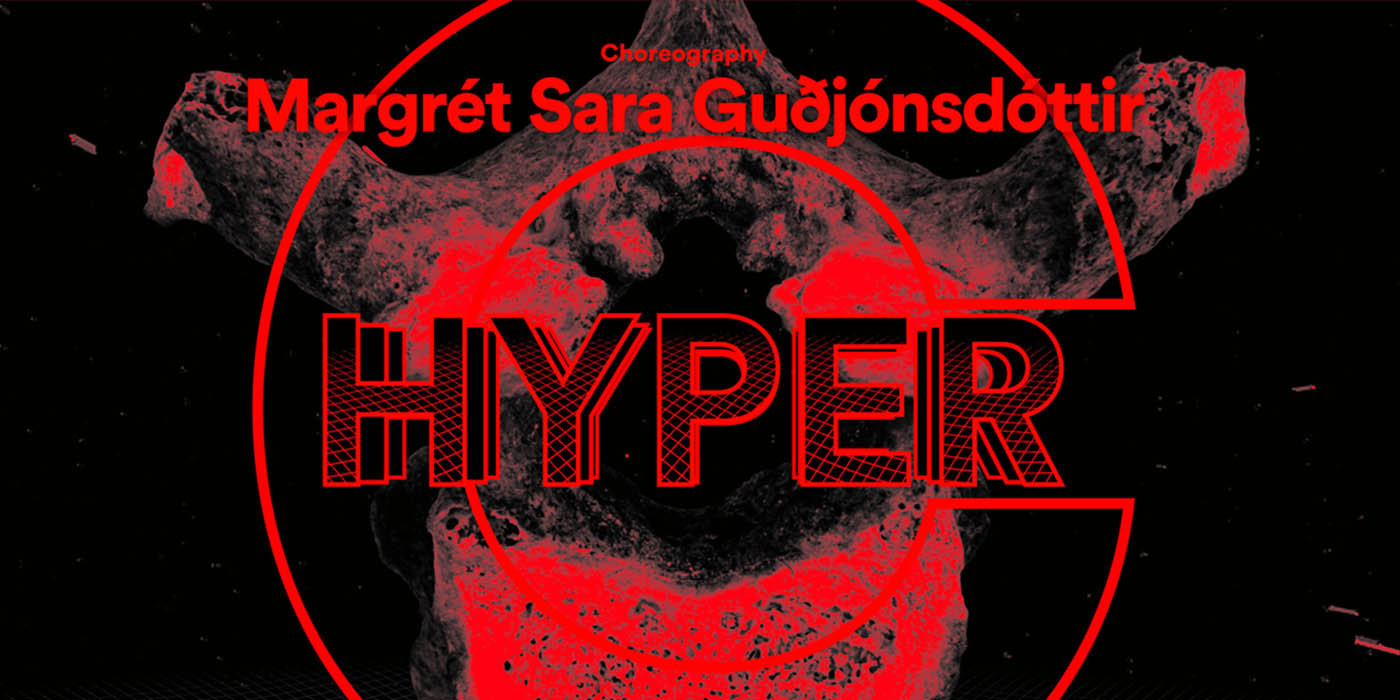 8–9/2
Cullbergbaletten “HYPER” + “Against the Current, Glow”

Guðjónsdóttir’s latest work showed two-in-one-night along with a solo by Cristian Duarte.

In her new commissioned work HYPER Margrét Sara Guðjónsdóttir considers the embodied effects of the social political landscape we live in. The work dwells on and inside the deep tissues both of this reality and of the bodies trying to cope with it. HYPER conveys the essences of this grand human drama as a cry from the body to a viewer who is offered to experience extreme internal and sensorial states through the bodies of four dancers. As a performance, it silently creeps under the skin and slides around in spaces within, confronting the bodily surface as a gateway to what lies beneath and beyond our superficial facade. HYPER disarms with its crisp stillness, and gives access to the healing aspects of confronting the inner reality of the de-bordered body, providing an alternate reality of pleasure and pain that comes with diving into the HYPER-states.


In Christian Duartes solo work Against the Current, Glow, the starting point is the idea of an expedition into the depths of a dancer’s sensory archives. In his work, Cristian Duarte has previously focused on the dancers’ training history and movements they have created in previous works. He has worked specifically with the idea of mashup between the former and new works, between what is passed and what is to come, and how this coexistence affects movement choices of the dancers and choreography.


Cullbergbaletten has performed all over the world and is an important contributor to the international contemporary dance scene. Cullbergbaletten collaborates with a variety of national and international choreographers and performing artists who create works for large as well as small stages. Cullbergbaletten was founded by Birgit Cullberg in 1967 and the company currently has 16 dancers from nearly as many countries. Since its inception, the stage personalities, creativity and technical strength of its dancers have been Cullbergbaletten’s defining characteristics. Gabriel Smeets is the artistic director since 2014.

Margrét Sara Guðjónsdóttir has worked as a performer with Gisele Vienne, Erna Ómarsdóttrir, Jan Fabre, Constanza Macras DORKYPARK and Nir De Volff /TOTAL BRUTAL. Together with dancer and choreographer Sveinbjörg Þórhallsdóttir she co-founded Panic Productions in Reykjavík (IS), a production house active from 2004 – 2009 that focused on producing and initiating collaborative performance works with international artists. Margrét Sara has toured internationally with her own work since 2010 and currently lives and works in Berlin. She has collaborated with a consistent team of performers over the last five years and the soundscapes which accompany the works are exclusively created by and with Peter Rehberg (PITA), electronic composer and director of the record label Editions MEGO, Austria.

Cristian Duarte is based in São Paulo, Brazil, and has been working as a choreographer since 1994. He graduated from PARTS in Brussels and in 2013 Cristian Duarte was tied to DOCH in Stockholm as part of his master’s degree in choreography.