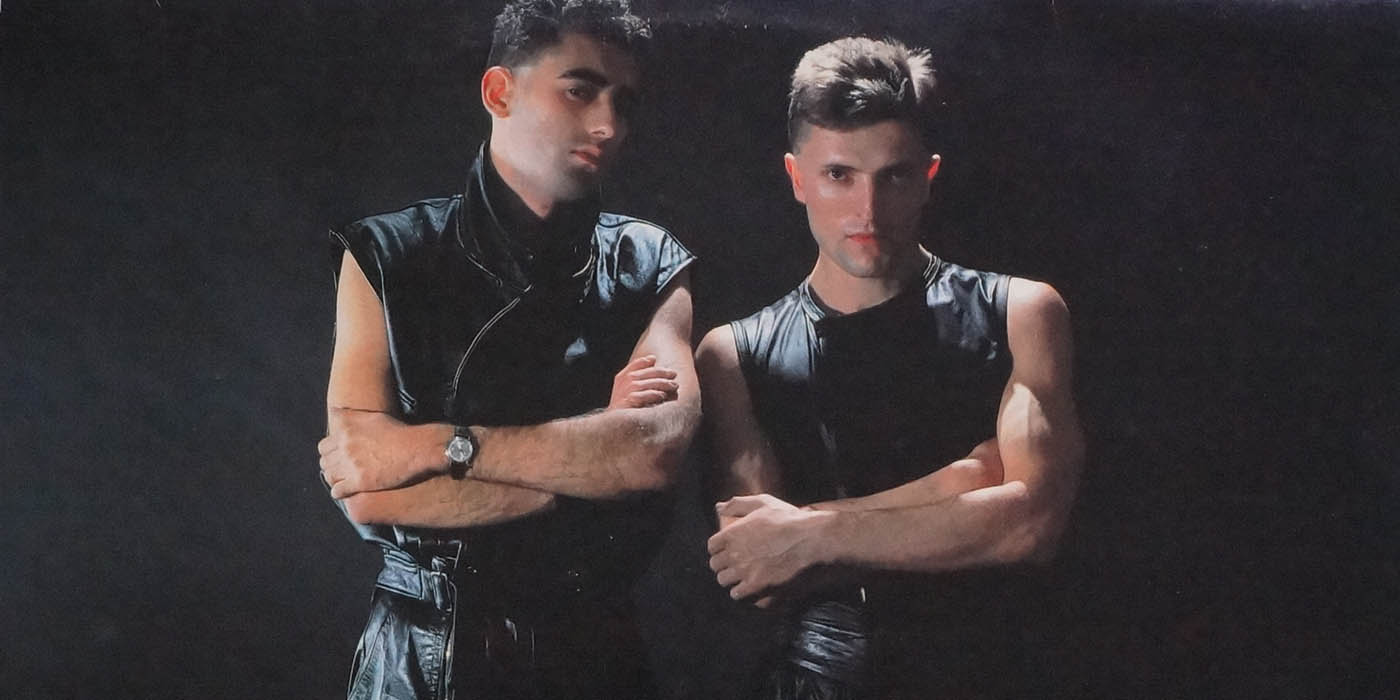 Return of the EBM legends

DAF aka Deutsch Amerikanische Freundschaft returns to Inkonst with their proto EBM hit machinery. DAF are touring again to celebrate the reissue of their historically important back catalogue. Also new material will be released soon, recorded at the legendary Hansa Studios in Berlin.

In autumn 2002 it politically didn’t turn out well for DAF. But therefore today it is much more robust in artistic concerns than ever before. Though it always seemed that politically nothing could harm “Deutsch Amerikanische Freundschaft” it ruptured and one thought it would never reunion artistically. But it did. As often as life shows us, everything turns out different as we think it would…

DAF – as we want to call the “Deutsch Amerikanische Freundschaft” to simplify matters from now on – consists of two very unequal but innovative musicians who work together since the foundation of this project in 1978 – one of them is Robert Görl who is responsible for all compositions as well as for the drums and electronic – the other one is Gabi Delgado-Lopez, songwriter and vocalist of the duo. Round about 25 years ago Robert and Gabi met at “Ratinger Hof” which is a legendary meeting-point of the punk-scene. They argued the whole night about a radical new-orientated band and finally decided to work together on their project called DAF.

Gabi fancies looking back on the foundation-time of DAF: “The two of us agreed on a concept for the thing called DAF quickly – virtually overnight. Our core statement was: We’re a punk-band, without guitars, meant fully electronically. We know English and American bands but we’re no imitation of them. We’re a German formation but the German culture doesn’t affect us. We’re nothing but exciting and new.” Following this maxim DAF recorded within only four years five albums, which sold themselves perfectly. DAF developed to a pathfinder of the so called “Neue Deutsche Welle” and even could conquer the hard-fought British market as stars and cover-heroes of the “New Musical Express”. For the first time ever a German band was seen on a cover of a British magazine in the year 1982. Now everyone was convinced that the future would belong to DAF.

But DAF on the other hand had other goals than owing the future. The duo decided to separate. Robert Görl remembers the situation as follows:”Both of us knew that we painted the picture called DAF and we didn’t want to destroy it by scribbling into a completed picture – that’s why we put DAF to a rest. Officially we never separated. We just wanted to go on continuing the project, if we had the idea of painting a new picture with a pathbreaking statement.”

In 2002 Robert and Gabi decided that they had “pathbreaking statements” – which one could hear on their new album – the title is simple and ingenious: “Fifteen new DAF-songs”. The album contains exactly the sound which characterises DAF and which doesn’t loose any of its originality due to its classical eternalness. DAF is a musical microcosm – it turns around itself obliviously, letting influence from the outside in to incorporate them into the creative DAF-world. Gabi comes to the point of this exclusive approach as follows:

“We are no autisms – we’re convinced outsider and we know about our talent.”

A great announcement – rightly claimed. As “Fifteen new DAF-songs” stands apart in a world of pop-music which has become predictable. The new album doesn’t allow compromises. There it is again – the aggressive sprechgesang of Gabi supported by the drifty and monotone beat of the drums and the threatening electronic of Robert Görl. The music can be characterised by ferocity, sensuality, aspiration and the will to provoke. Either you love DAF songs or hate them profoundly. According to Delgado-Lopez there’s no in-between and it has to be just like that.

Such a conception of art demands not only courage and force but also the right circumstances. Robert Görl is convinced: “Gabi and I are very special friends – definitely not in the common sense which is the right constellation for our work. We have nothing in common as we’re two different characters. But as soon as there’s a creative discussion everything fits. Gabi’s lyrics and my music always end up in an explosive mixture.”

DAF’s different styles are definitely extreme and explosive as new songs like “Der Sheriff”, “Kinderzimmer” or “Rock hoch” show. “Der Sheriff” (the first single of the new album) for example is a snappy denial of the USA and their anti-terror and war-politics – the song does not accidentally have the subtitle “anti-American song”. “Kinderzimmer” on the other is a paean of praise on the RAF – please judge on your own! “Rock Hoch” is supported by the subtitle “Sexlied” and coquets with the obsessive delight of voyeurism. This analysis could be done with each title on the album “Fifteen new DAF songs”. One will be shocked, disgusted and to be moved to tears – and definitely you will be emotionally touched in which way so ever. All DAF! Görl and Delgado-Lopez as always don’t care about trends – it’s all about reinventing their selves. Gabi does not say for nothing that the new album has become a new but classical DAF album, which can be connected without any problems to “Alles ist gut” – DAF’s previous masterpiece. Görl added: “We were conscious about using the same technologies as before because we wanted to bring pure DAF back to life. Analogue technology means intensity and emotionality of sound to me.”

The only innovation of the radical “DAF concept”: The lyrics are longer as we’re used to it. Delgado-Lopez explains it like that: “Our songs belong to a tradition but since I influenced German songs with DAF-lyrics, a lot of changed in German pop music. Mainly German hip-hop influenced the taste of German people but also through “Slam Poetry” people are much more open-minded than they were in the 70ties. Nevertheless my lyrics develop by circumstance, as before. And still I’m into reflecting the subjective reality from the point of view of an outsider. I love provoking – in daily life and in arts.” Now this is Gabi’s roundup of the DAF concept:

“We simply do music for the brain and for the ass – music which has rhythm and which is intelligent at the same time. The main thing is that it moves!”

Robert Görl doesn’t think that it should be wondering anyone that DAF is reunited after such a long time of rest: “A reunion of DAF was always in the air – it was only a matter of time. We never were foes and constantly had contact somehow. Two years ago was simply the right time fort his matter – we had enough ideas to restart the project seriously.”

This is a really interesting analysis for us – the outsider – because in fact Gabi and Robert followed completely different aims of life after the separation of DAF. Gabi was occupied with projects of virtual art, the world-wide-web with “Playstation”- and appearances as DJ. Robert on the other hand was permanently travelling on the Asian continent, visiting countries as Thailand, India, Bangladesh and Nepal and searching for spiritual enlightenment in various convents. Both think that their experiences of the last years were the formative ones in their lives – which in fact didn’t stop them pushing DAF out on the music market once more. “It’s not about money, revival or some stupid idea of nostalgia. It’s only that Gabi and I have some special form of connection – a symbiosis or synthesis – which is unique on this planet. And this source of energy has to be used!”