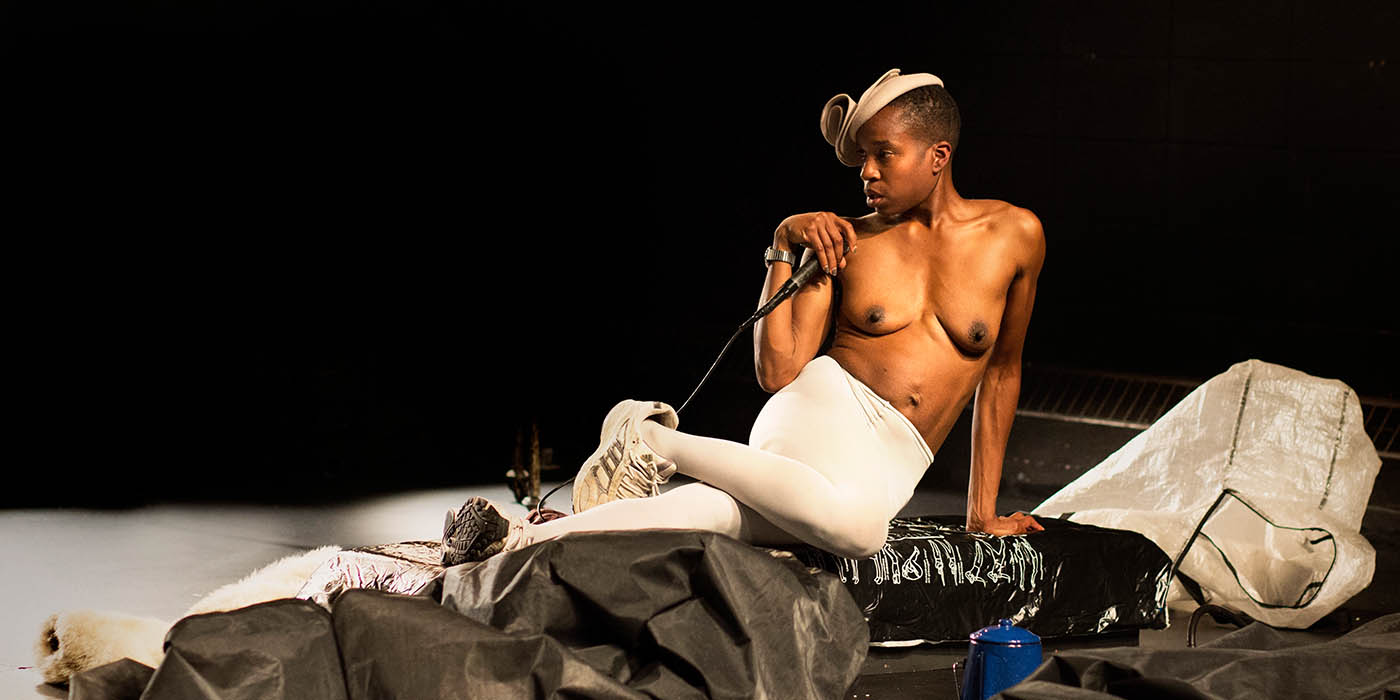 A quirky plunge into the unconventional universe of an inimitable performer. Bizarre, but also comical. Dana Michel is a free electron, spinning under boundless skies.

Seeing Dana Michel perform is like falling into a hypnotic and raw universe where a shivering, shaken figure is the joker that delivers razor sharp truths filled with bizarre humor. Michels strange, sarcastic works has boldly and with an unbridled imagination captured audiences all over the world and made her one of the most sought-after artists in contemporary performing arts.

After her success with Yellow Towel she returns to Inkonst with a performance that provokes a slight dizzyness in its instability, a solo where a body is staggering around in search of solid ground, shaking and losing its balance. Michel wades through the remains of an excavation of a cultural heritage, stretching time and space and becomes an archeologist with her own body as the site of examination. It’s a bizarre kind of funny, bathing in childlike naivety. Intuitively and disobediently she crushes all boundaries and shifts the perspectives. This canadian choreographer dares to take risks, goes all in and invents a language for her own body in resonance with her roots.
https://vimeo.com/178499981

Dana Michel (CA) is a choreographer and performer based in Montreal. Before obtaining a BFA in Contemporary Dance at Concordia University in her late twenties, she was a marketing executive, competitive runner and football player. She is a 2011 danceWEB scholar (Vienna, Austria) and is currently an artist-in-residence at DanceMakers (Toronto, Canada) and at Usine C (Montreal, Canada).An amalgam of choreography, intuitive improvisation and performance art, her artistic practice is rooted in exploring identity as disordered multiplicity. She work with notions of performative alchemy and post-cultural bricolage – using live moments, object appropriation, personal history, future desires and current preoccupations to create an empathetic centrifuge of experience between her and her witnesses. Her previous solo Yellow Towel was featured on the “Top Five” and the “Top Ten” 2013 dance moments in the Voir newspaper (Montreal) and Dance Current Magazine (Canada) respectively. In 2014, she was awarded the newly created Impulstanz Award (Vienna) in recognition for outstanding artistic accomplishments and was highlighted amongst notable female choreographers of the year by the New York Times. The year concluded with Yellow Towel appearing on the Time Out Magazine (New York City, U.S.) “Top Ten Performances” list.

”An artist who refuses to compromise and dares to invent her own language.”/ P. Couture & E. Pépin, Voir, 2013