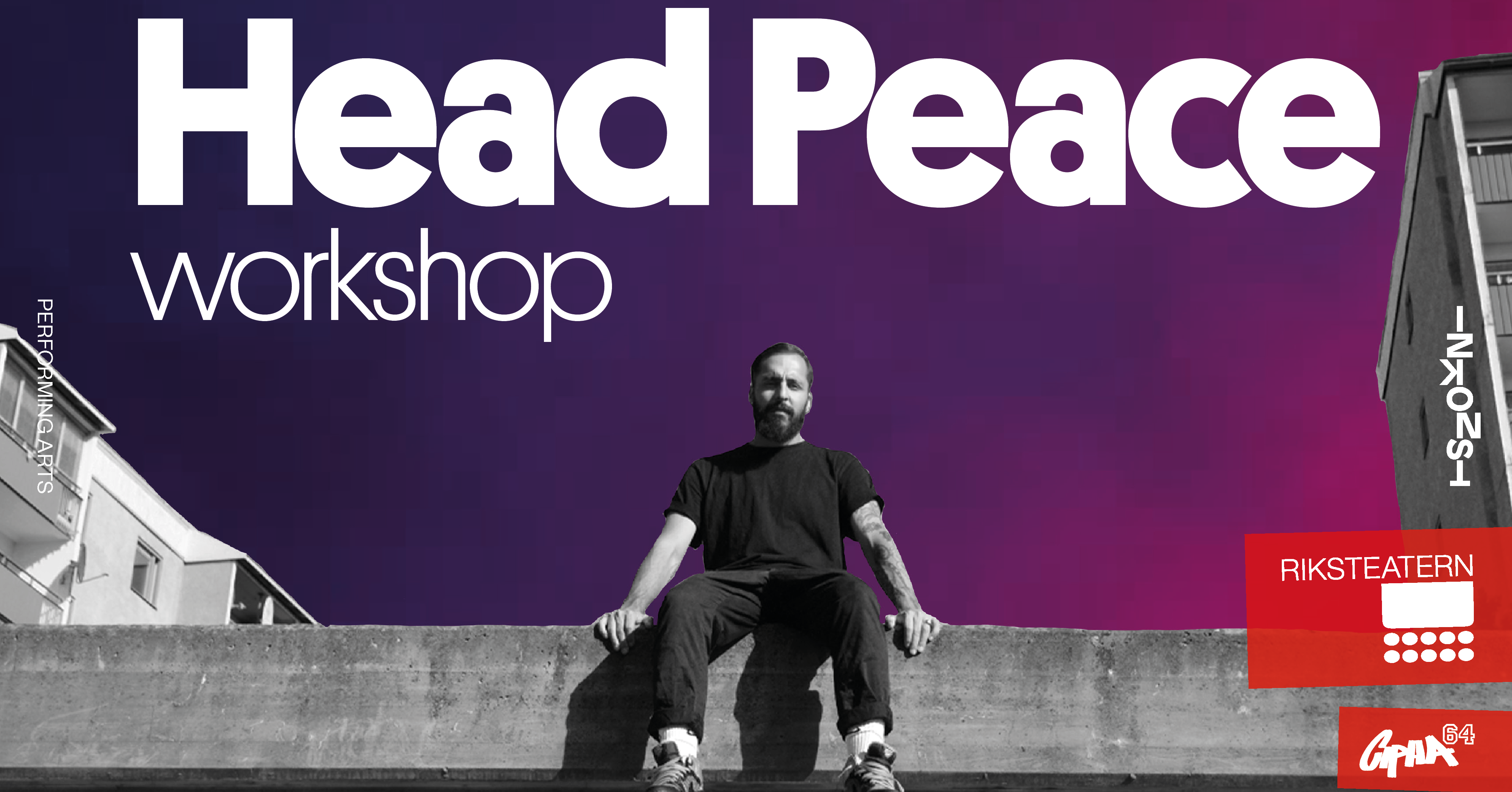 When Niki Tsappos performance Head Peace tours around Sweden, we take the opportunity to invite you to a dance workshop. Under the guidance of the established house dancer Sanchez from the crew Cipha64, you get to try different methods and ways of thinking that were used during the creation of Head Peace. Sanchez, who is the show’s choreographer’s assistant, has his base in hip hop and house and during the workshop we will, among other things, explore freestyle within these traditions.

No previous knowledge required.
Duration 2 hours.
From 13 years and up.

About Sanchez
Heavy house dancer Sanchez has been dancing since a young age and started with Hype / Newjack Swing in Rinkeby. He quickly discovered that he wanted to be the best version he could in dance. Sanchez developed in hip hop and after his first workshop in house he was hooked. Since then, it’s the house he breathes and lives. After a few years, he wanted to deepen that relationship by traveling to various battles, yams, clubs in the United States, France and Scandinavia. Today, Sanchez is part of crewen Cipha 64 x Byltg, which actively works to improve and maximize Sweden’s street dance scene.

Producer: Riksteatern in collaboration with Cipha64