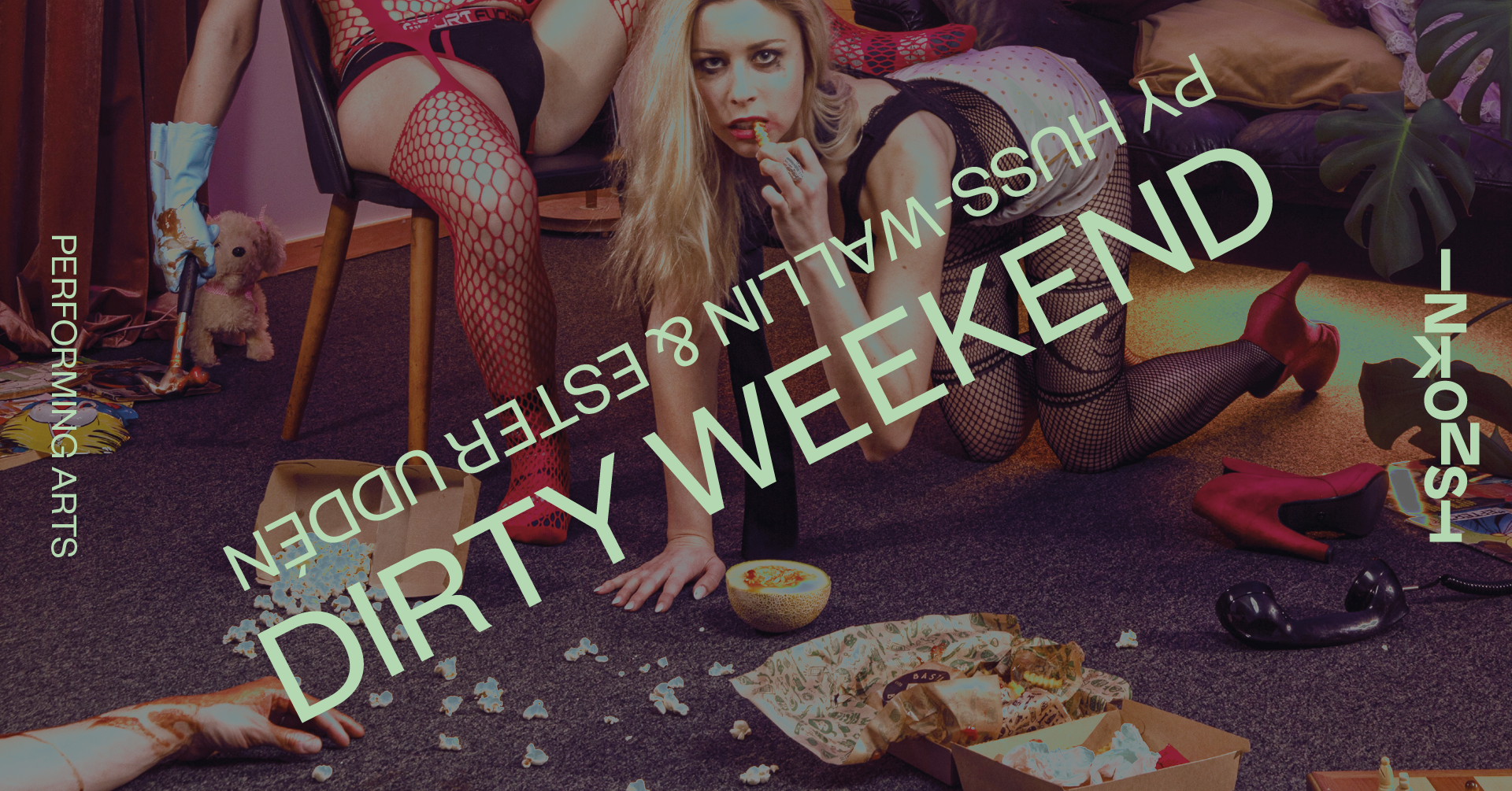 Dirty weekend is a gasping and humorous one-act play after the cult-declared book "Dirty Weekend". A sharp and bloody revenge odyssey just in time!

Note: This show is in Swedish.

This is the story of Bella who woke up one morning and knew she had had enough.
Bella lives in a basement in Brighton. Bella is being stalked. Someone is looking at her through the drawn curtains. Someone calls her at night. Someone follows her on the street and tells her what to do with her. Women like Bella can not afford to wait. Fragile women are not made to receive blows. You have no reserves if you are Bella. You are the hunter or the prey. The killer or the victim. For even the little brittle Bella can lift a hammer. Even she can hold it in both hands to first swing it high in the air and then let it strike down …

Dirty weekend is a gasping and humorous one-act play after the cult-declared book “Dirty Weekend”. At the center are the women who, day after day, are exposed to men’s violence and sexual harassment. The women who for years have had to adapt and who have finally given up on society to protect them. Now they have had enough and decide to take matters into their own hands.

Since 2012, Py Huss-Wallin and Ester Uddén have worked to explore masculine and feminine norms and structures through humor and satire. Amongst others through the youtube series “Frasse and Mats – a study in male friendship” and the performance “Frasse and Mats – The real Mens show” at Turteatern.

Ester Uddén is a trained actor at the Theater Academy in Malmö. After graduating she has, among other things, worked at Dramaten, Uppsala stadsteater, Turteatern, Orionteatern and Örebro teater. She has also participated in TV productions such as Svartsjön 2 (Viaplay) and Falkenberg Forever (SVT) and others. She lived in Los Angeles for several years where she worked with standup and produced her own standup show “Comedians & Moto”. Since the autumn of 2020, she has been active as an actress and screenwriter in Sweden again.

Py Huss-Wallin works as a director and actor. As a director, she is, among other things. behind the performances “Penelope” at Teater Galeasen, “Who´s afraid of Jenny Wilson?” at Dramaten and “Britney” at Turteatern in Kärrtorp. She is also one of the authors behind the performing arts experience Satan’s Trilogy, which took place on 3,500 square meters in an office complex in Sickla. As an actress, she has participated in productions on e.g. Dramaten, Turteatern, Folkoperan and Kulturhuset Stadsteatern.