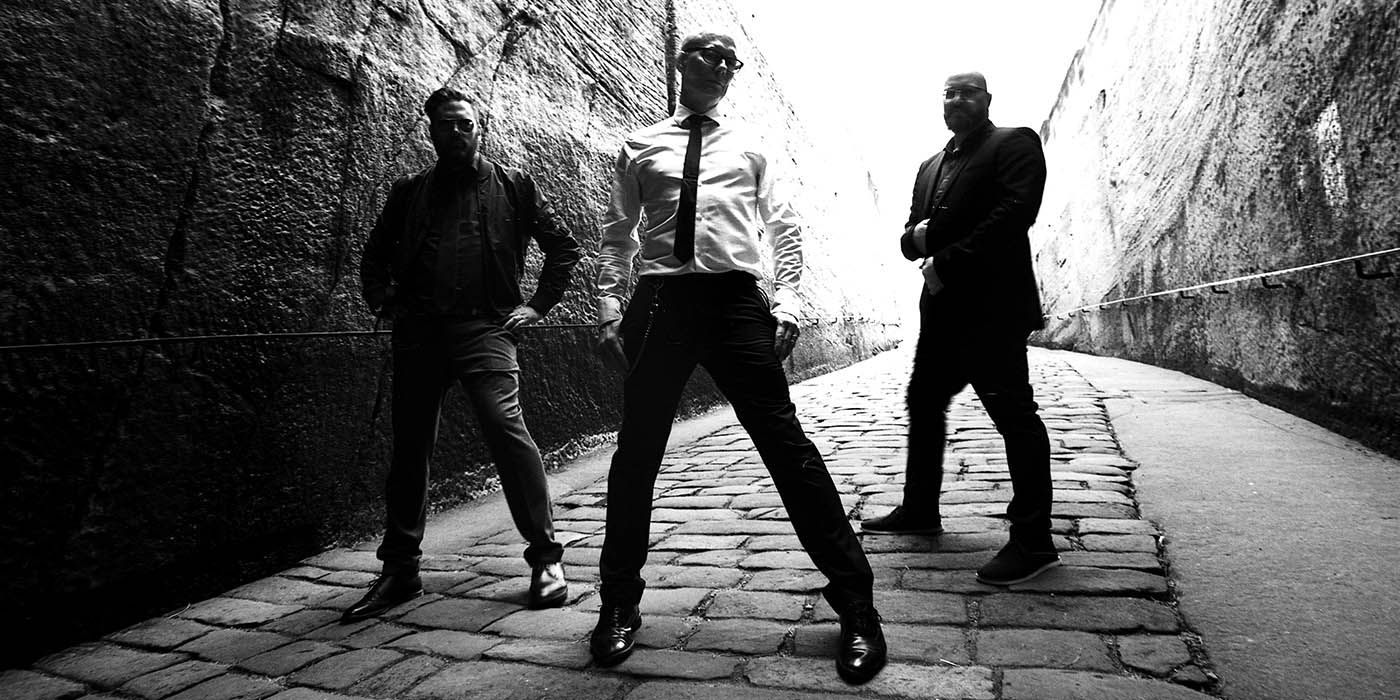 electriXmas is an alternative/electronic music festival, running yearly around Christmas time. For everyone who thinks that electronic music and Xmas goes hand in hand…
There is no dresscode for electriXmas but the majority of visitors commonly dress according to the synth subcultures: synth, industrial, ebm, goth, cyberpunk, steampunk etc.

Covenant produced their first publicly released track, “The Replicant”, by invitation of Swedish record label Memento Materia. “The Replicant” was released on a compilation album in 1992. By 1994, the group had produced enough material to release their debut album “Dreams of a Cryotank”. The album with its themes of human failings and environmental concerns wrapped up in a fabric of distorted industrial electronics was a huge hit and has achieved status among many as a classic of the genre. 14 years later the album and its hits “Theramin”, “Hardware Requiem” and “Speed” still hold up against many of todays releases. After a string of hits, several changes of labels and band members, not to mention critical acclaim, Covenant will be releasing their 9th studio album “Blinding Dark” in November this year and heading out on a European tour. We are hugely excited to welcome them back to electriXmas to help us round off the year!

Icelandic trio Legend has something to prove. This band doesn’t conform to the usual conventions of what you’d call industrial, electro-rock or darkwave. But while they know the rules of those genres, they choose to shatter them and assemble a new entity from the jagged pieces. Using synths, classical piano and skilled vocals, Krummi Björgvinsson & Halldor Björnsson weave a diverse sound. The band’s mesmerising live shows have been so well-received that they’ve been invited to play prestigious festivals all around the world, including Terminus (CA), Wave Gotik Treffen (DE), the UK’s Infest Festival, to name but a few. Legend’s debut album ‘Fearless’, released in 2012 on Artoffact Records/Kimi Records, is an intense clinic embalmed with longing, sexuality, and spirit. Legend are currently in the studio writing their second album. We’re thrilled to be able to bring them back to Malmö where they should have had their debut show in Sweden at electriXmas 2013. We have it from reliable sources that we’ll be treated to some new material from the forthcoming album!

Iszoloscope, the electronic noise project of Canadian Yann Faussurier explores themes of death, time, human dislocation and the human psyche to a backdrop of hard electronics and rhythmic beats. Powerful and danceable the music still manages to evoke feelings of reflection and introspection by using samples intricately woven into the mix. Last seen in Sweden at the club night [re]form in Malmö in late 2011 we thought it was prime time to bring them back! Iszoloscope will be performing an exclusive show with tracks from the new album “False Vacuum” released earlier this year, as well as remixes and unreleased material. We can’t wait!

Over the last couple of years Wulfband have made their mark as a live band on the alternative scene. The yet undisclosed identities of the duo pave the way for myths surrounding the band that are becoming more and more intense, with many creative suggestions as to the true individuals behind the masks. Despite their obvious roots in old school EBM, they still manage to put their own touch to the music. Wulfband takes EBM back to what Nitzer Ebb did in the 80s and serves hard, minimalistic and aggressive electro.  Wulfbands self-titled debut album is an explosion of energy with ingenious breaks in the midst of primal aggression. All showing that they know their craft and how best to use it. Just like EBM should be – raw, sweaty and dirty!

Black Nail Cabaret formed in 2008 in Budapest, Hungary with Emese Árvai-Illés (vocals) and Zsófia Tarr (keyboards) who left the band in 2016 to pursue her own music project, replaced by Krisztian Arvai. The band has been playing shows since their debut in 2010 both as a featured act at Schwarzes Leipzig Tanzt, RECession Festival, Planet Myer Day, and as a support band with Camouflage, Covenant, De/Vision, in Hungary, Germany, the United Kingdom and Denmark. Inspired by the likes of Depeche Mode, Ultravox, Siouxsie And The Banshees, Eurythmics and Soft Cell, Black Nail Cabaret (or simply BNC) showcase their own niche of melancholic synth pop, which they simply call synth noir. 2016 sees the band riding the wave of their 2nd album “Harry Me Marry Me Bury Me Bite Me”. We’re delighted to welcome them to their premier in Sweden!