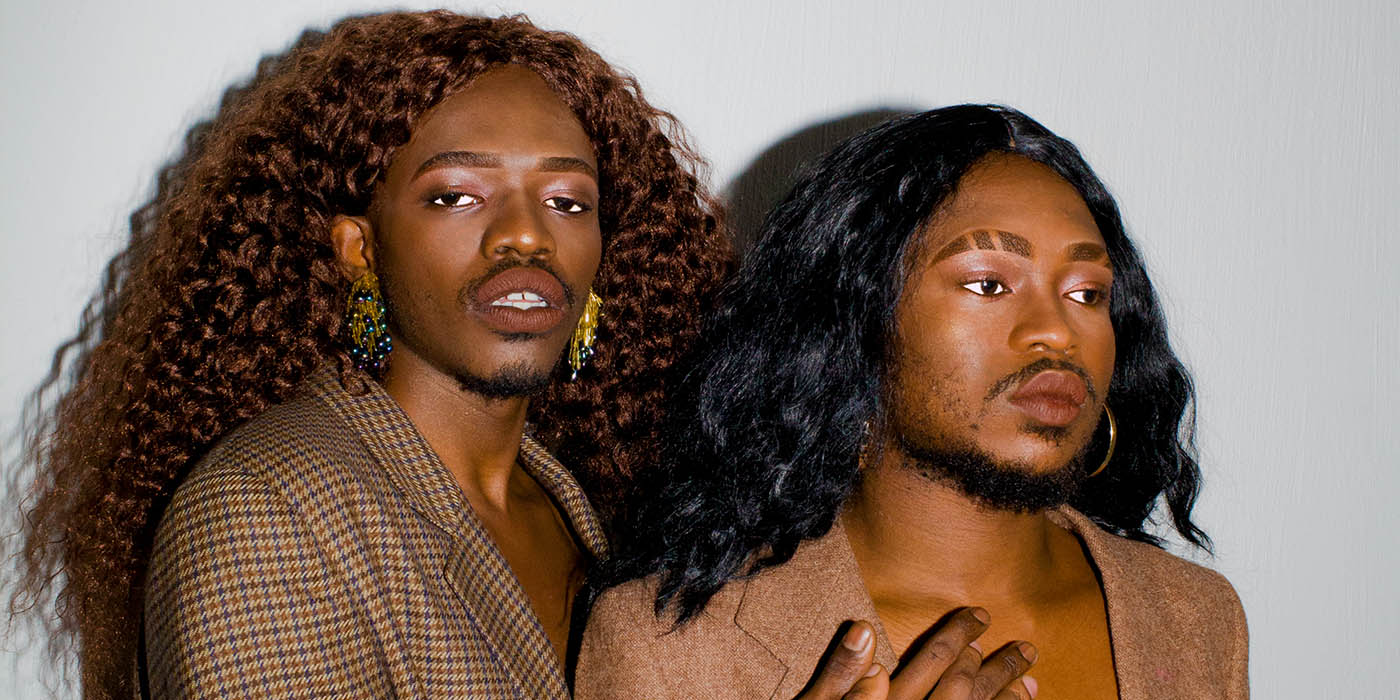 FAKA serves us boiling dance music from Johannesburg. Rumina represents Malmö and the  FNGRLCKN crew with her mindblowing selection.

FAKA is a cultural movement established by Fela Gucci and Desire Marea, has come to represent more than the “performance art duo” descriptor that has defined the collective since their inception in 2015.
The artists explore a combination of mediums ranging from sound, live performance, literature, video and photography, to create an eclectic aesthetic with which they express their ideas about themes central to their experience as black queer bodies navigating the cis-hetero-topia of post-colonial Africa.
The collective debuted at the BubblegumClubbb Nights held at the Hazard Gallery in 2015, where they presented “#Wait Lorraine: A Wemmer Pan-African Introduction to Siyakaka Feminism”. In the same year, they released their popular ode to Brenda Fassie, a video piece titled “From A Distance”. The following year (2016) was defined by the duo’s release of the Bottoms Revenge EP, a collection of Ancestral Gqom-Gospel sounds, as well as a much-talked-about live installation of “The Factory” at Stevenson Gallery’s SEX show.
Their hybridised mode of practice and challenging subject matter as artists has lead them to being invited to perform at various international festivals – such as the 9th Berlin Biennale for Contemporary Art (2016); Unsound Festival Poland (2016); and Vienna Festival (2017) amongst many others and this international appeal is rooted in the duo’s unapologetic representation of Black Queer Culture in South Africa, one that embraces the intersections of race, gender, sexuality, and spirituality.