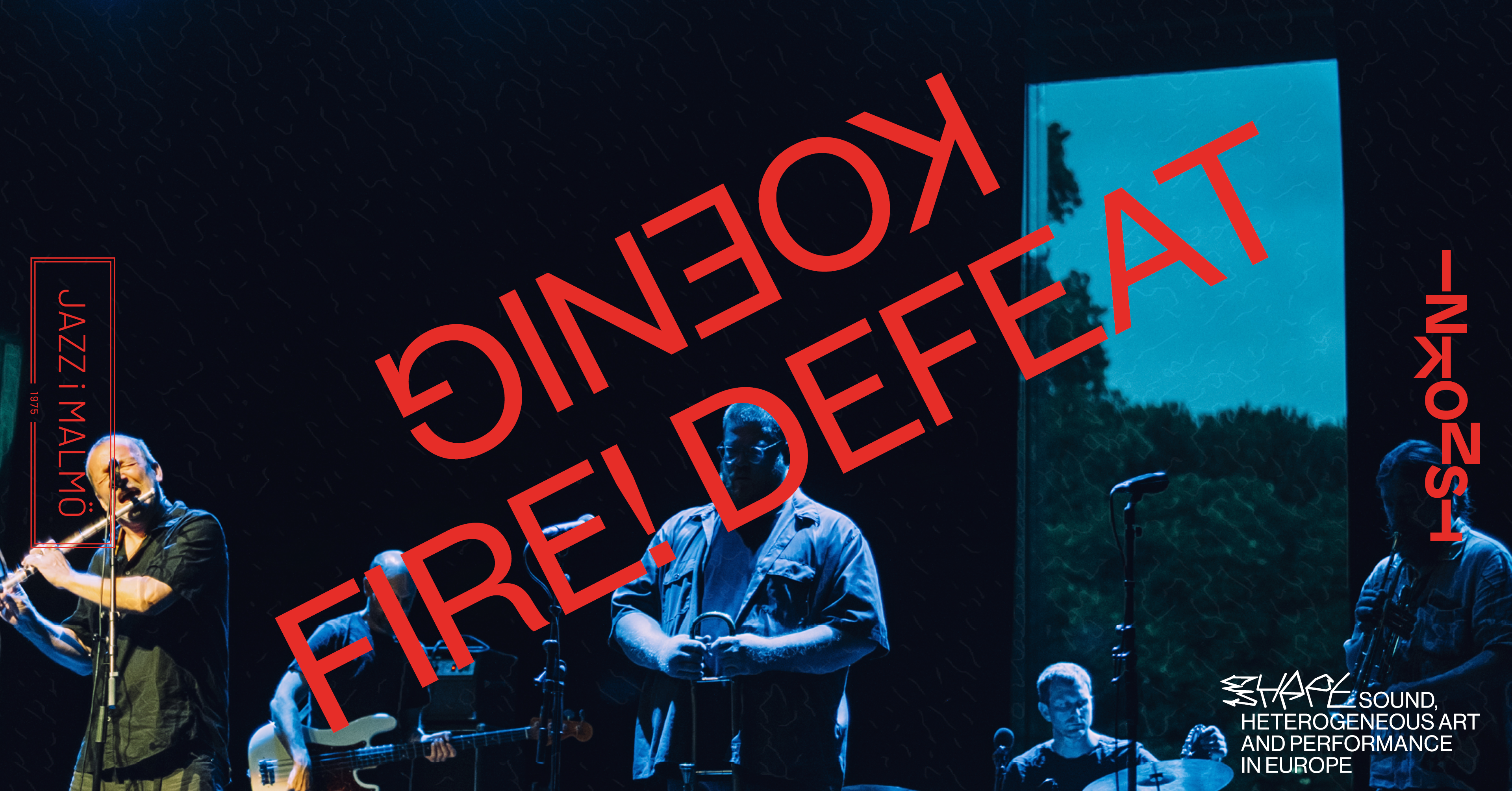 Kajfes and Aleklint guesting brings to mind their big band offshoot Fire! Orchestra, albeit on a much smaller scale


FIRE! Defeat is a new performance presentation by the Nordic ensemble FIRE!, an experimental supergroup formed in 2009 by the core trio of Mats Gustafsson (sax), Johan Berthling (bass guitar) and Andreas Werlin (drums) with the addition of the Swedish musicians Goran Kajfeš (trumpet) and Mats Alsklint (trombone).
February 2021 saw the release of FIRE! Defeat by FIRE! on Rune Grammofon. Not the most optimistic title for these pressing times, but the music sees the group tracking new paths and reaching new levels of excellence, still honoring their 12 year old vow of presenting a fresh approach to improvised music.
No two Fire! records sound the same, but with Defeat they have taken their biggest leap so far, with Gustafsson giving the flute a prominent place in the sound image, a surprising and most successful move, his both expressive and ornamental approach given ample room to breathe, especially on the two long tracks bookending the album. Kajfes and Aleklint guesting brings to mind their big band offshoot Fire! Orchestra, albeit on a much smaller scale.

Koenig, or Lukas König, is nothing less than a musical balancing act. Classically trained at the Gustav Mahler Konservatorium in Vienna, Anton-Bruckner University in Linz and HKB in Bern. He is primarily a drummer, but there’s a lot more than drums happening on his latest solo album, Buffering Synapsis, released on Opal Tapes. From sputtering noise to fractured circuit breaking to creepy horror-soundtrack ambience. Using electronics and pedals along with his cymbal as the basis of his performances, Koenig lets his imagination fly, leading to fascinating juxtapositions between and within his compositions.

This event is presented together with the Shape Platform, “Platform for Innovative Music and Audiovisual Art from Europe”, and co-funded by the Creative Europe Programme of the European Union