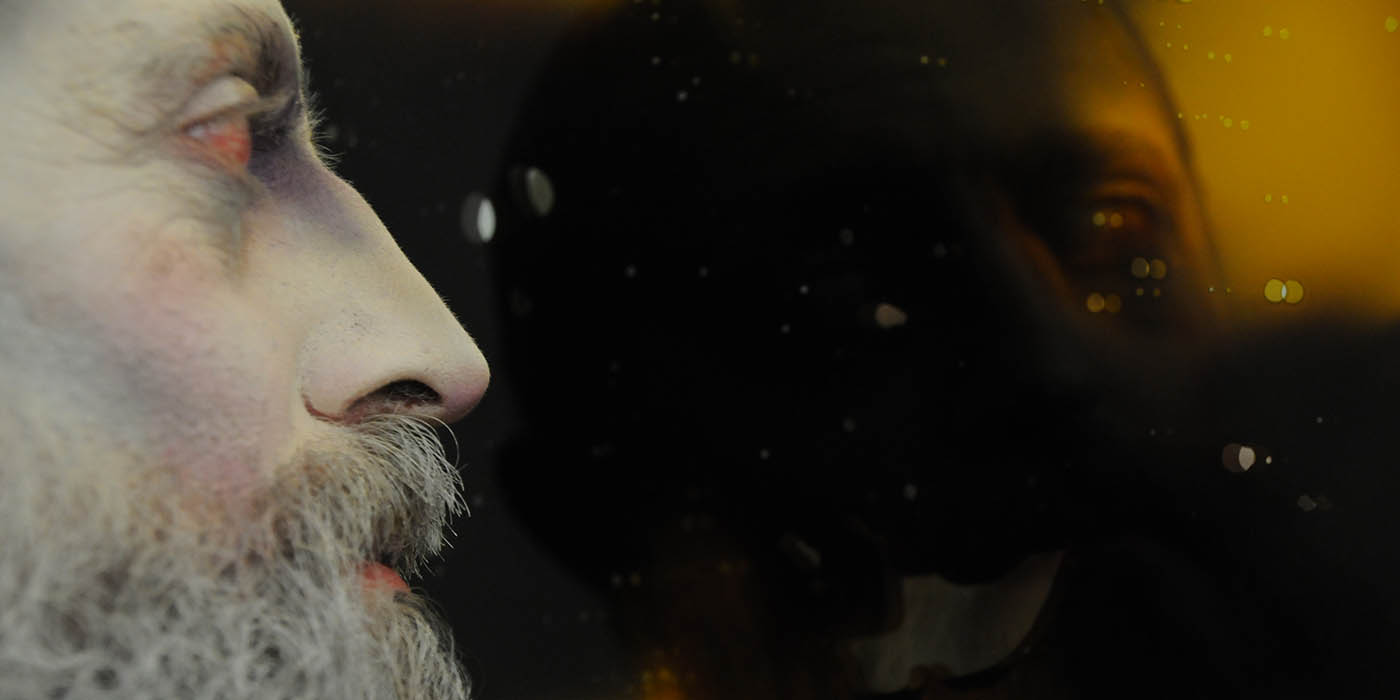 2/3
Frédéric Gies “Queens of the Fauns”

Dressed in latex and fur, to the beats of a live set by Berghain legend Fiedel, two classically trained ballet dancers-gone-club kids take on The Afternoon of a Faun by legendary and scandalous choreographer Nijinsky. It’s a perverted lesson in dance history, saturated with sensual energy and mischievously gender-bending mythical creatures.

Queens Of The Fauns is a pangender duet danced by Frédéric Gies and Elizabeth Ward, which dialogues with a keystone in dance history: The Afternoon Of A Faun by Nijinsky. To the techno beats of a live set by the dj Fiedel, the two dancers develop a dance conceived as an incantation in which the mythological figures of the faun and of the nymph merge.

While leaving the tradition of ballet to create an experimental dance form was central to Nijinski’s project, their voluptuous dance collapses the distinction between erudite and popular, traditional and experimental forms of dance, creating a poetics of movement and embodiment in which various opposites coexists, dissolve, unite or merge into one another.

Queens Of The Fauns also echoes the sexual load of The Afternoon Of A Faun, as the dance and the dancer’s bodies are saturated with sensuality. Nevertheless, this dance escapes the paradigm of the hunter and the hunted present in Nijinsky’s piece and proposes another economy of relationships.

The performance culminates in a mega club event with Intonal favorite Charlotte Bendiks, Portuguese queer rave icon Violet and Malmö’s own dance floor hero Almaty. Simply techno and beyond that will make you dance like there was no tomorrow. The ticket is valid for the whole night.


Frédéric Gies is an artist in the field of experimental dance, based in Sweden. After dancing in the works of various French choreographers in the 90′s (Daniel Larrieu, Olivia Grandville, Odile Duboc, Jean-François Duroure, Bernard Glandier and Christophe Haleb), he started to develop his own work, which focuses on the articulation between dance, choreography and politics, and more precisely on how dance and choreography can address politics in a non-representational way. His pieces originate from rigorous movement research processes, which are informed by his experience in the field of somatic practices as well as in specific forms of contemporary dance, his former training in ballet and his participation in techno club and rave cultures. The dances he creates collapse in various ways the hierarchies and distinctions between different dance forms. He creates his pieces alone or in collaboration with other choreographers (Anna Pehrsson, Jefta van Dinther, DD Dorvillier, Manuel Pelmus, Isabelle Schad, Alice Chauchat, Frédéric de Carlo, and Odile Seitz) or with artists from other disciplines (Fiedel, Anton Stoianov, Daniel Jenatsch, Andrea Keiz, Gavin Young ). Between 2012 and 2018, he was a senior lecture in choreography at DOCH-UNIARTS in Stockholm, and was head of the Master Programme in Choreography. His latest works are tightly connected to techno music and to his club and rave experiences. For all of them, he collaborates with Fiedel, Dj resident in Berghain as well as with the visual artist Anton Stoianov. They are conceived as durational social gatherings with dance and techno music at their center, in which the audience is implicated in various ways. In 2016, he created together with Fiedel, Anton Stoianov and Thomas Zamolo the seven to ten hours performance Dance is ancient, which has been shown at Inkonst.