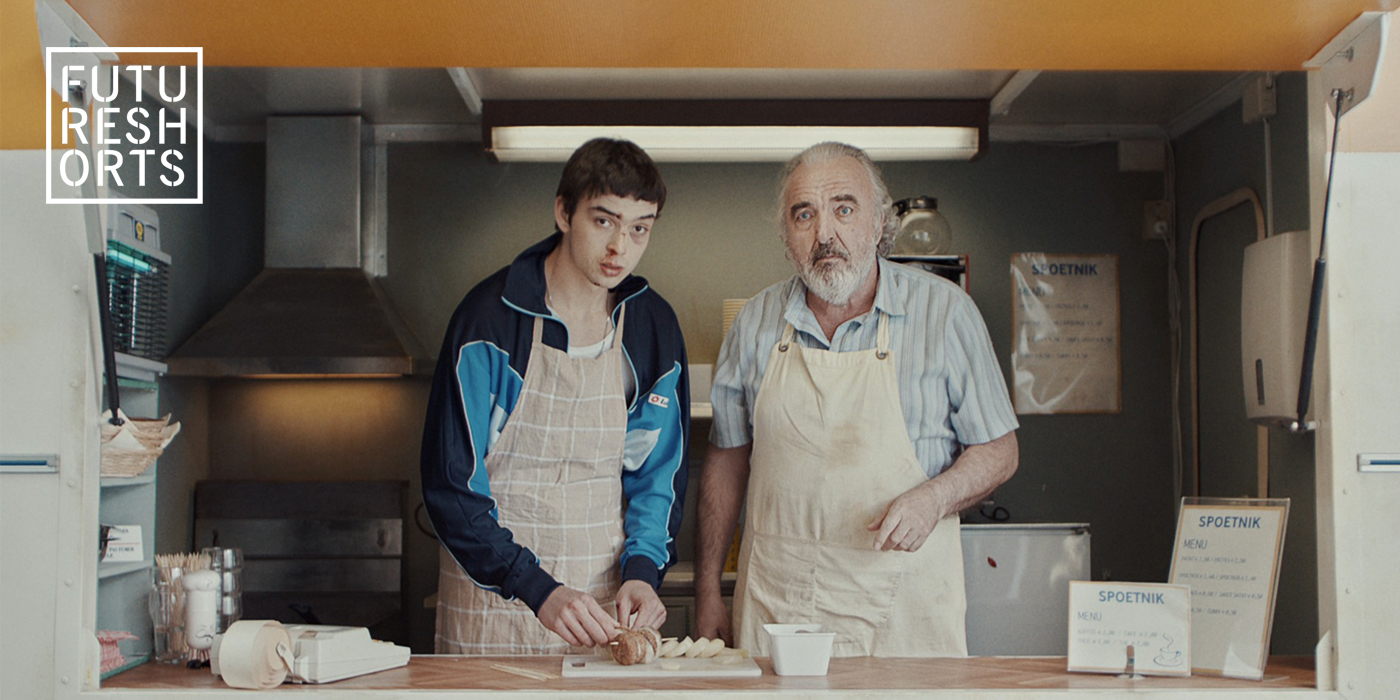 Start off your autumn of film cravings with Future Shorts brand new fall programme in the relaxed bar environment of our main stage. The programme is widely curated with genre-crossing shorts from international film makers and artists.

Future Shorts is an international film festival represented in over 40 countries worldwide. The screening is approximately 90 minutes long.

SPOETNIK
DIR. NOEL LOOZEN
The Netherlands/ Drama / 10 mins/ 2015
Sam crashes his moped by Gilles’ famous food-truck in No Man’s Land. As Sam is put to work in the truck, he is struck by a dazzling beauty across the road.

AUDITION
DIR. LOVISA SIREN
Sweden/ 14mins/ Fiction/ 2015
Gender roles are challenged as a group of male actors are asked by a female director to do things they might not be comfortable with.

RCA/ UK/ 4 mins/ Fiction/ 2015
Rooser and Owl meet online and spend a good night together. But what happens when reality doesn’t match the expectation?

IF MAMMA AIN’T HAPPY NOBODY’S HAPPY
DIR. MEA DOLS DE JONG
The Netherlands/ 25 mins/ Documentary/ 2014
A mysterious pattern emerges as a mother and daughter explore the history of women in their family.