Gigantic shapes of red and white, new species and body-hybrids, the population in Grebnellaw’s universe is beautiful, freaky and surreal. It’s 90s club kids falling in love with Yayoi Kusama and building an alternate reality of shapes and textures. It’s high-maintenance, high-visibility and high-heeled – it’s Grebnellaw’s way or the highway.

Grebnellaw presents an exhibition with a newly conceived series of digital photographs named “FictionalSubatomicBodiesInflatableMutableHybrids”. In the further evolution of Grebnellaw’s imaginary universe and a further mapping out of the subatomic population, this new work reflects Grebnellaw’s interest in portraiture, assemblage, and photographic manipulation as a tool of fiction.

Set up as a cultural construction, the collection of characters distills an imaginary population through stylized digital portraits that mimic a pseudo anthropological objectivity. They form from 3D elements and photography into static images that later translate into live actions and performance art.

The time and space of these current images are set to a virtual cataclysmic post-particle collision and the subsequent emergence of a new species of mutable hybrids on a mission to re-populate the world with imperfection, ambiguity, and otherness.

Grebnellaw aspires to be a mutable metaphor, with infinite interpretations. It can be one or more, genderfluid, age free and used to symbolize excess, community, celebration, hope or climate utopia.

During the opening Grebnellaw will perform “Transsy” in our blackbox
18.00 (30 min)
Free entrance

Grebnellaw is a Stockholm based visual artist, performer and music producer. Their art project revolves around a creation narrative and a collection of portraits depicting a new population with subatomic origins.Through these fictional bodies and mutable hybrids, elements of science, climate change, identity and gender are translated into high-tempo improvised participatory performances and visual art. Grebnellaw is currently part of “Misschiefs” and also co-runs the Dragfestival Stockwig. Grebnellaw has brought their performances from underground venues to established institutions in Tokyo, Shanghai, Seoul, Paris and NYC. 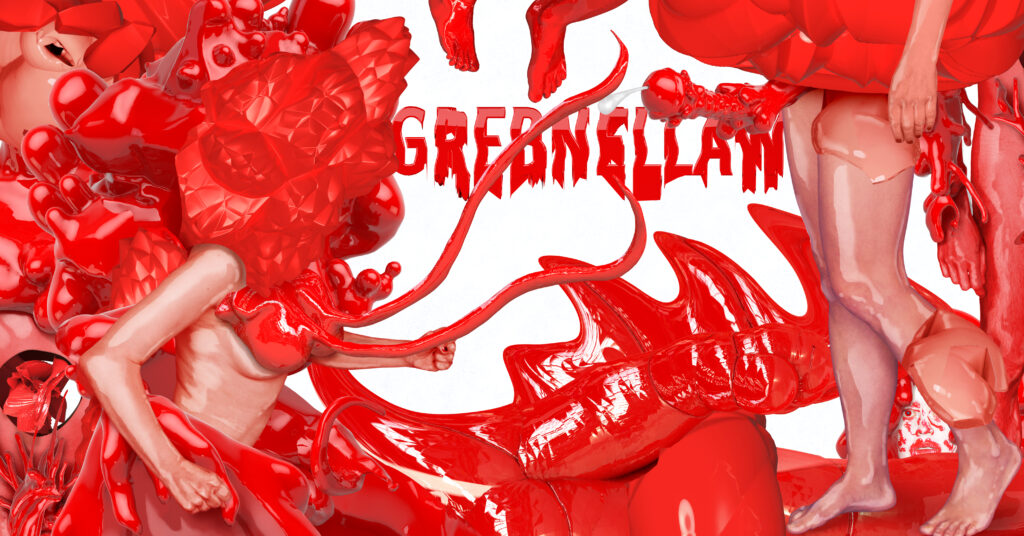