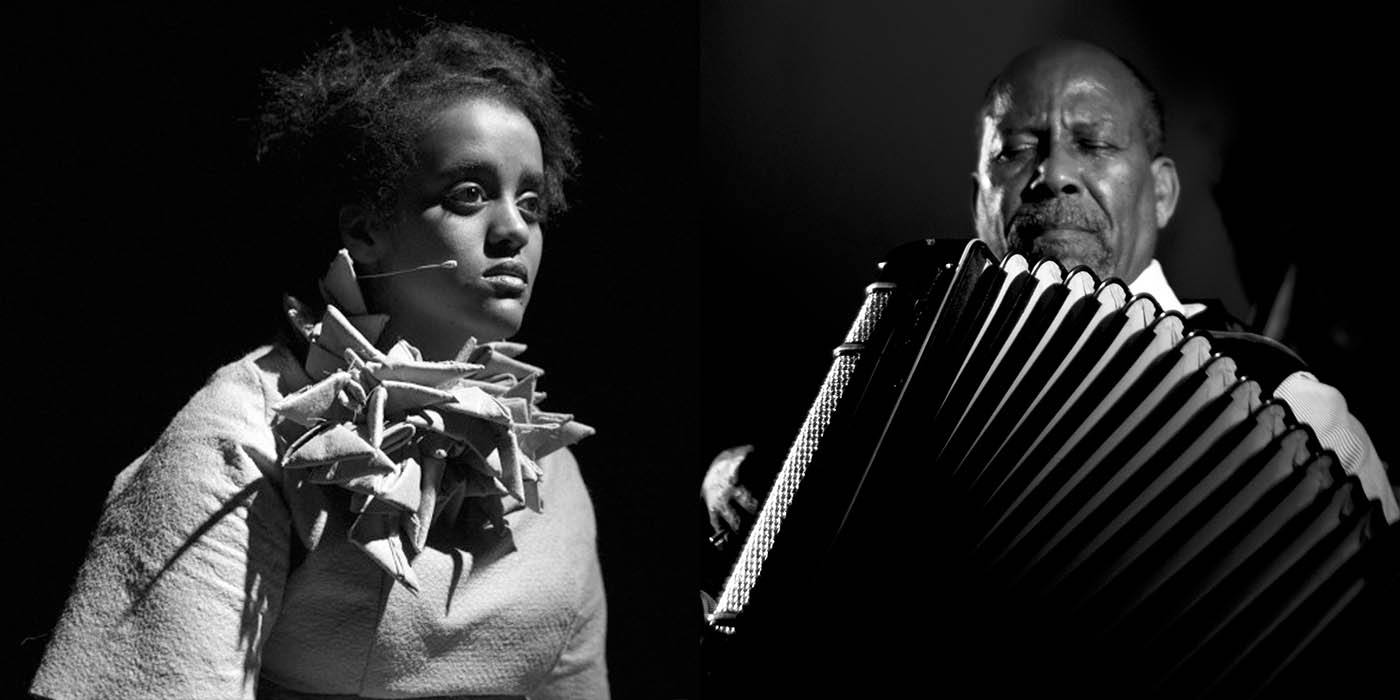 An Intimate, reduced concert with a acoustic piano, accordion with legend Hailu Mergia and vocals with singer Sofia Jernberg

It is easy to understand the return of the Hailu Mergia to the world of music as one of the most unlikely comebacks of the last few years: The keyboardist was a major star in 1970es Ethiopia, presiding over the country’s leading instrumental ensemble Walias Band, which worked restlessly on the Addis Ababa hotel circuit and jamming with luminaries like Duke Ellington and Manu Dibango. In 1981 a good part of Walias including Hailu used the first ever US tour of an Ethiopian music group to escape the dictatorial Mengistu regime. Since then Hailu has been a resident of the Washington DC area, spending most of his recent years as a cab driver at the capital’s Dulles Airport and playing only privately but recently he started to play live again.

Sofia Jernberg (who was born 1983 in Ethiopia) is a Swedish soprano, voice-artist, improviser and composer. Between 2002 and 2004, Jernberg studied jazz at Fridhems Folk High School. Later she studied for Per Mårtensson and Henrik Strindberg at The Gotland School of Music Composition. In 2008, she received the Royal Swedish Academy of Music’s jazz award. Jernberg is the leader (together with the pianist Cecilia Persson) of the chamber jazz group Paavo and is also one of three featured singers in Mats Gustafsson’s Fire! Orchestra. Jernberg is also working on the contemporary classical music scene, in which she serves as both singer and composer.