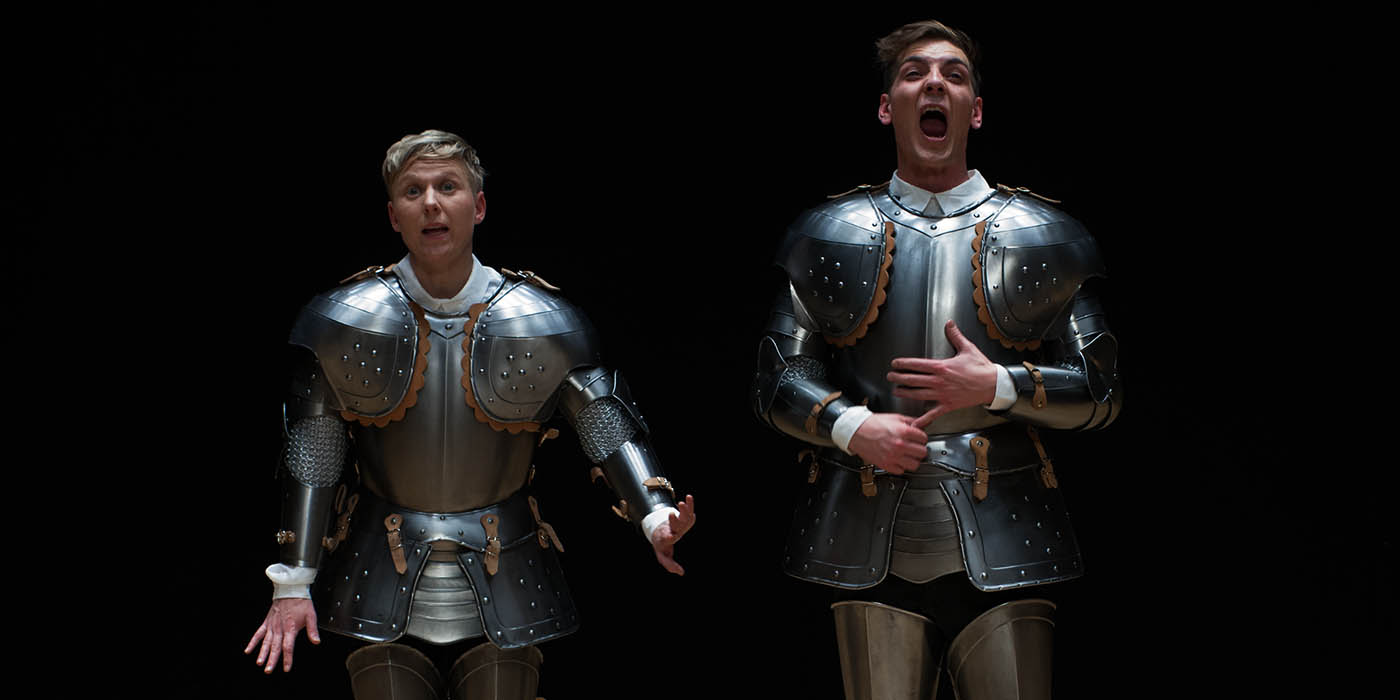 Our fundamental values are threatened! and two hipster knights in full armour have been sent out to defend them, without really knowing which values they are.

Armed with empty phrases, slides, a banjo and metal music the knights try to get along with their role as defenders of the humanistic rethoric’s highest values: All humans are equal, you can say whatever you like and the theatre is the most democratic place in the world. A cozily claustrophobic world begins to grow where the hope of a future utopia has been swapped for the desire of the perfectly brewed cup of coffee.

99 Words for Void takes its point of departure in the contradiction that is built into the european model, where neo liberal politics are mixed with a humanistic rethoric of everyone’s equal worth, a contradiction that leads to a feeling of ideological alienation and lack of identity. With their piece the Lond Malmborg duo creates an arena where this alienation is allowed to grow and be experienced.


Maike Lond Malmborg (EE) is a performing artist based in Tallinn. She got her international breakthrough with performance concert Postuganda (with Riina Maidre) in 2009. With the large-scale exhibition “Manfred MIM retrospective” she won the Grand Prix of Estonian Cultural Endowment and the last years she has been busy touring Europe with her lecture performance 10 journeys to a place where nothing happens.

Iggy Lond Malmborg (SE) is an actor and performing artist based in Malmö. The last years he has mainly been working in the duo White on White. His last solo perfomance b o n e r had its premiere at Baltic Circle in Helsinki and has since been touring Europe.