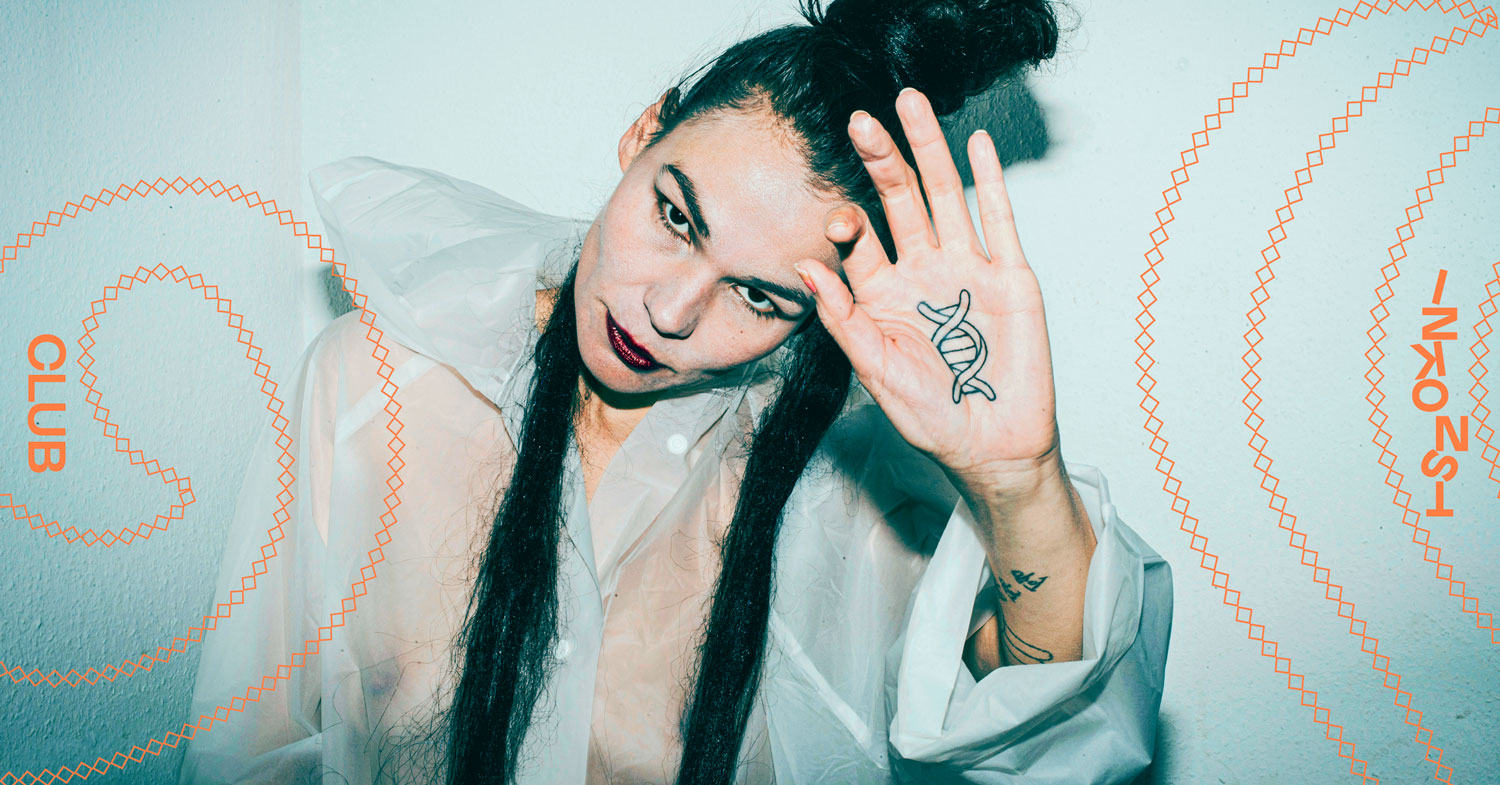 No one on this planet sounds like Aïsha Devi. Her voice is her most powerful tool in a repertoire that includes thumping beats and rave stabs, seraphic and guttural singing, mystical linguistics and corporeal sonics.

Born by the Swiss alps with Nepalese-Tibetan heritage, a transversal of identity was forged, guiding both her personal and creative process as a non-conformed seeker. Dislocating pop culture, also evident in her mixes for Resident Advisor, FACT, NTS and Mixmag is one of her foundational tools and stylistic signatures.
In 2013 Devi co-founded Danse Noire, a label collective supporting insurrectional club music from around the world, where she released her breakout EP, followed by ‘Hakken Dub / Throat Dub’ in 2014, giving context to her universe alongside artists including Gabber Modus Operandi, Yikii, and J.G. Biberkopf.
In 2015 Houndstooth released Aïsha Devi’s debut album, ‘Of Matter And Spirit’, a significant sonic statement rich in political and philosophical subtext. 2018 saw the release of Devi’s sophomore album, ‘DNA Feelings’, her most accomplished statement to date, addressing how music can alter the fundamental vibrations of our material world and the very fiber of our being.
Known widely for her powerful live shows, she is just as impressive as a DJ, with skill and selection at the very center. We are immensely proud to be able to host her first ever Swedish DJ set.

Vivacious bouncy and emotionally charged – Sweden based DJ Seduce is a vitality to the modern rave scene. Nurtured by a lifelong love for music every shred of influence spills out in her eclectic take on contemporary club music. Breakbeat science is her craft driven by emotive melodies and well-executed rhythms effortlessly moving through landscapes of jungle techno and UK bass. Her passion for sound carries throughout her work whether it is behind the decks or in the studio and endless curiosity mixed with talent forms the recipe for success. DJ Seduce’s creative vision is tinged with dreams and feelings translated into dynamic and colorful storytelling. This authenticity forms the solid foundation in her artistic expression and her ability to mediate has made her connect with dancefloors and fellow music enthusiasts all around the world. Her releases during the last few years include ‘P.M.W’ on German label PBRecs self-released ‘Hyperfunk’ and latest collaboration ‘My People’ with vocalist Bahia. One of a kind – DJ Seduce has quickly established herself as a central figure of the Scandinavian scene curating magic for the mind body and soul in the realm of electronic music.