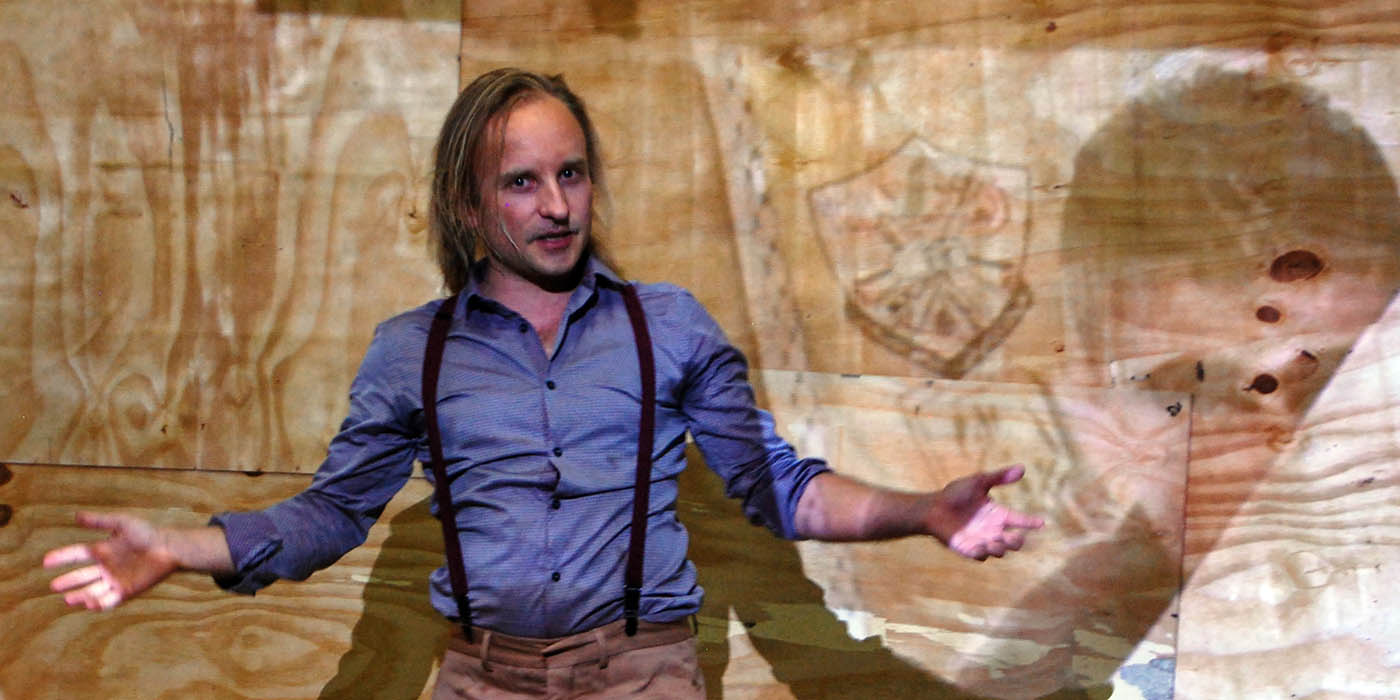 Stories, video and sound about art in a war

“If you leave me here I’ll do something” says Fadi, 16 years old, to Anders Carlsson the last time they see each other on the West Bank. Ten years later Fadi is imprisoned in Israel.

In 2006 actor and director Anders Carlsson travels to the West Bank with an art project in search of stories about what it is like to be young under the israeli occupation. He meets Fadi, a 16-year-old palestinian, and they become friends but lose touch after the project ends. Ten years later he tries to get back in touch, but finds out that Fadi has been imprisoned in Israel for nine years.

Coincidentally the german islamologist Navid Kermani is in an occupied palestinian territory at the same time as Carlsson in 2006. The cruel boredom and the daily terror that the occupation means, strike them both as a personal and professional crisis. For Kermani the crisis mounts to a text that asks us how to harbor the ambivalences this conflict arises.

Checkpoint16 weaves together live performance, documentary video and sound art with the story of a young palestinian and Kearmani’s text. It’s a story about the role art plays in war, and what happens when personal relationships become the material of artistic endeavors.


The Vierte Welt is a space at Kottbusser Tor in Berlin where artists, specialists, activists and audiences come together on an equal footing for interchange and communication.

Institutet  is a touring swedish theatre company based in Malmö and Berlin, who work to create international alliances within contemporary performing arts, focusing on critical thinking and an artistic approach to life.