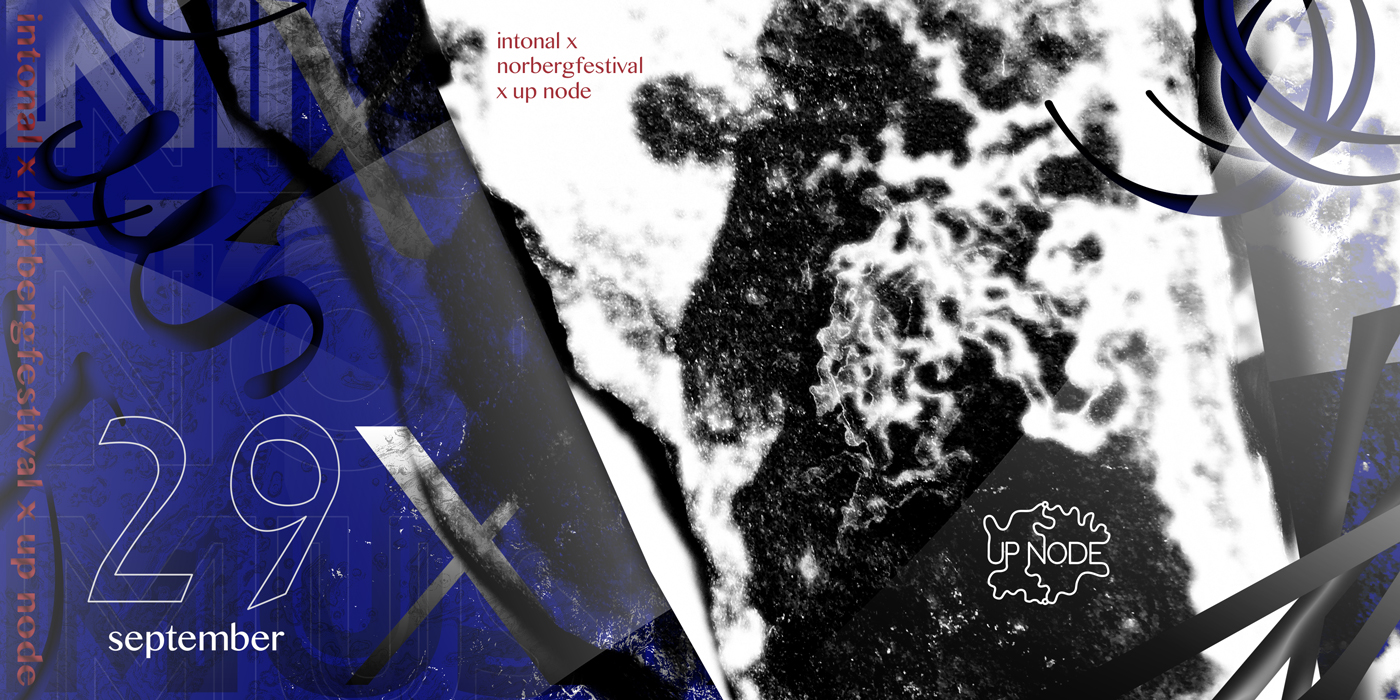 The sounds of the North.

From early evening to late night, a smörgåsbord of 13 Nordic artists gathers to present the sounds of the North.

Up Node Network in collaboration with the producers of Intonal and Norbergfestival, host an all-nighter of Nordic music spread across all Inkonst stages.

The program highlights a full range of diverse expressions with a shared passion for contemporary electronic studies.

From Greenlandic Igloo music, Icelandic spaced out synth-pop to cold Finnish waves and Norwegian leftfield alongside internationally acclaimed locals – prepare yourself for an extraordinary party with our neighbours.

In addition to the line-up the audiance are invited to participate in a workshop.
More info coming up soon.

Bjørn Torske (NO) is the Tromsø-born veteran of leftfield electronica who has shaped the Norwegian sound of space-disco since the late 80’s.

Torske started releasing minimalist techno which resulted in a dozen 12″ singles by different aliases such as Ismistik, Krisp and Open Skies. With a long-standing career as a world-class DJ and with several releases on Swedish label Svek and Norway labels Smalltown Supersound and Sex Tags Mania, he is recently out with his his fifth album Byen, which is also his first solo LP in 8 years.

Building their core and harmonies around samples from percussive and mayhap poorly recorded sounds, Börringe Kloster conceives a plentitude of polyrhythmic and trance-inducing patterns. Together with Malmö-based Palestinian musician and oud player Imad Al Tamimi, they perform in semi-improvisation.

Defined as electronic horror-music from outer space, the music is a mix of playful beats, cool bass, catchy melodies and high-pitched vocals. Her colorful live performances are a spectacle of their own, as invitations to step into a poetic universe, of vivid dreams.

Geimskip has three full-lengths out, with the upcoming fourth, Our Atlantis, soon to be released.

Exploited body (FI) is the brainchild of multidisciplinary artist Noah Kin. The project presents an exploration of relentless, club-ready experiments that push the limits of the physicality of sound.

The debut EP ‘Hostility’ was released this year on the Finnish THRDEYEVSN label, followed by ‘Contortion’, a brutal sledgehammer track released on the LA-based TAR, with more to come soon.

FAKETHIAS (NO) is a young producer who’s bringing fresh sounds to the Oslo club scene. His productions are intense and disjointed electronics, melding industrial textures with punchy basslines, contemplative melodies and stuttering rhythms.

The 2018 years’ Red bull Music Academy alumni released his debut EP «Attune» this spring on Ball ‘Em Up with a video premiere for his track «Epinephrine» on music platform The Fader.

Working across contrasting styles his music seeks to develop a living, breathing world of its own. Violent textures collide with unstable melodies and fragmented voices painting a picture of chaotic beauty.

IDK IDA (DK/IS) is a Danish-born, Reykjavik-based musician making a mark on the Icelandic music and art scenes through her DIY-collective Weird Kids.

Her 2017 debut album ‘The Bug’ explores the friction between the mechanic and the organic, with deep bass, complex beats and field recordings accompanying Ida’s powerful yet subtle voice.

Kali Malone (US/SE) is an American composer based in Stockholm since 2012. Her solo works implement unique tuning systems in minimalist form for both analog and digital synthesis. It’s often combined with acoustic instrumentation, such as pipe organ, string and wind instruments, lute and gong.

Her most recent releases Cast of Mind and Organ Dirges 2016-2017 are singular recordings of electronic and acoustic drones, joined in a highly personal and dark, emotive language. Malone is active in the groups Sorrowing Christ, and Upper Glossa with Caterina Barbieri. Her releases can be found on Ascetic House, Bleak Environment, Hallow Ground, Total Black, and the Stockholm imprint she co-operates, XKatedral.

Following the critically acclaimed debut album ‘Ett’ of 2014 and sophomore ‘Too’ of 2016, Lewis is now joined by Simon Fisher Turner on her third album for Editions Mego, to be released on September 28.

Linda Lazarov (FI) is a Helsinki-based DJ with a taste for murky electronics, odd waves and no-mercy-electro. As a resident at local club Kaiku, she’s a conductor of experiments without compromising danceability, while sharing emotions and searching for synergy on the dance floor.

Minais B (DK) is navigating between hard-hitting noises and ethereal harmonies, placing the listener in ux of serenity and doubt. Behind the moniker is Copenhagen-based Villads Klint who is also part of the Posh Isolation-signed Khalil.

Klint is in constant search for the next interesting contrast in sound – sometimes fast and other times patiently waiting. His previous releases consists of two cassettes on the Aarhus-label Blodrøde Floder, followed by his first album titled Deep Care – an edition of 100 specially designed moisturizers (1.01 Fl.oz) containing a download code. Most recently, he dropped ‘As The River At Its Source’ on Petrola 80.

rip ME (SE) – rip me smokes too much and dreams of becoming madonna. rip me is for sale at all times and all places. rip me detached themselves from their emotions a long time ago and have no plans of reconciliation. rip me is a glossy plastic doll in HD, crying tears of bleach that exfoliates your skin. rip me is a collection of problematic ideals. rip me is a symbol of addiction and an ad for capitalism.

Her expressive force is a challenge of consciousness through transformative musical experiences, of insistent rhythms and a meticulous exploration of texture and timbre. In other words: shock therapy.

Uyarakq (GL/FI) is considered a pioneer of Greenlandic electronic sounds. His musical background varies from funk to dubstep, with a youth background in metal bands, before becoming a prominent igloo music producer—the local variant of house music. He also produces hip hop and is working with rap artists worldwide. In 2016, Uyarakq was nominated for Nordic Council’s Music Prize for his collaboration with indigenous rapper Peand-eL.