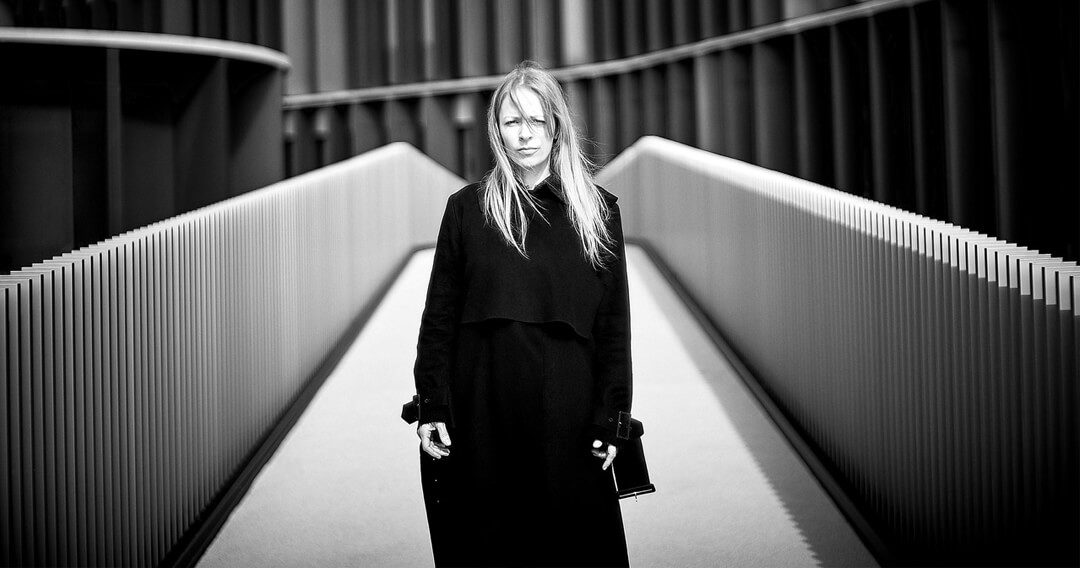 Catchy pop-like melodies join futuristic protest songs, ritualistic forms, and hypnotic polyrhythms, warning us of something ominous but also offering a light at the end of the tunnel.

Qarin has combined her history in freely improvised and abstract music with the rich tradition of Swedish songwriting, while playfully blending genres, references, and influences into her own singular vision. Innovative and divergent, Q’s beautiful and sometimes challenging music brings to mind David Bowie’s Berlin Trilogy and Nico’s “The Marble Index.” Q Pieces line up:

Qarin Wikström has been an active part of the blossoming avant-garde and experimental music scenes in Copenhagen, Denmark for over a decade, having released 16 albums as a leader and co-leader including recordings with diverse projects. Qarin is a multiple winner and nominee of several Danish Music Awards, and a recipient of the prestigious three-year grant from the Danish Arts Council in 2012.

Q Pieces impressing line up are:

”it is her naked sincerity and compassionate, singular vision that would win you over and will make the experience of listening to «Up Up Up» a unique and highly rewarding one.” Eyal Hareuveni, Salt peanuts

”It’s a bit of November music that Qarin Wikström celebrates here: The soundtrack for days that are getting darker, waving through the fog, and where the certainties are slowly dwindling. If Chansons got lost in the country of Edgar Allen Poe, then they could sound like the songs on ”UP UP UP”. Nordische Musik