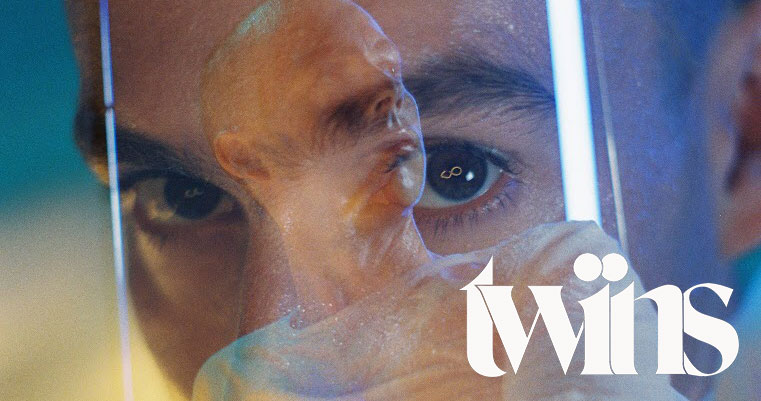 As we grow tired of a world that deals in extremes, we wake up to a new cold dream.

TWINS (That Which Is Not Said) is the mutant machine-pop project of Atlantan producer, label operator and all-around aesthete-visionary Matt Weiner. Having spent the better part of a decade reveling in a moody murk that intersects seductive synth-pop with Featureless Ghost and grotesque industrial dance grooves in his own right as TWINS, Weiner has more than proved his sincerely sinister and auspiciously artful finesse of synth-based music.

Duality, much like the name TWINS, is the overarching theme of his second LP ‘New Cold Dream’. Drawing off not only 80s music but 80s culture, this album mirrors that era in real time. From mixing New Cold Dream during the coldest day in Chicago since 1985, to his lyrics analyzing how policies enforced during Reagan/Thatcher presidency are impacting our climate today, to mimicking Simples Minds 1982 hit New Gold Dream turning the meaning into something much darker, the 80s vs the 21st century are echoed, compared, and dissected throughout this record. TWINS finds the similarities in what appear to be opposites, and invites us to do the same. “I want people to feel moved; both moved to get up and move and also moved in a deeper sense of connecting with ideas that may not have made sense before,” Weiner says of his project. It’s music for contemplating while dancing, for letting go while you hold on tight. As we grow tired of a world that deals in extremes, we wake up to a new cold dream.