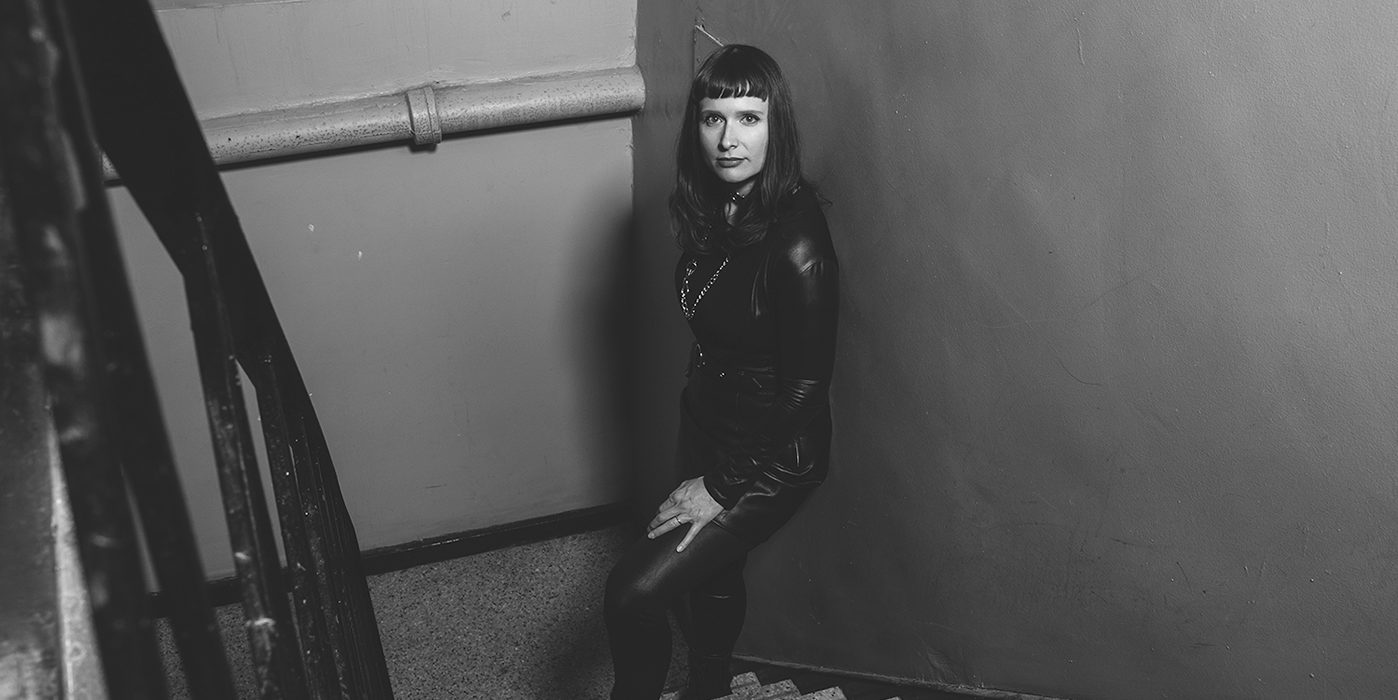 French cold wave meets the darkest corners of the dancefloor.

Xarah Dion (Canada)
A key player in the North American minimal synth scene, Xarah dion released her third album, ‘Plein Nord’, this summer. Brimming with incisive dance rhythms, the hypnotic compositions are a unique blend of past and contemporary coldwave. Dion has let time shape meaning and structure rather than forcing sound with a concept or aesthetic theme. Unknowingly, stripped bare, the album grew like mineral in the quiet dark – its irregular beauty, its throb and drive, its solitude and whisper, are the crystallized facets of process and patience. Beneath Plein Nord is a rich foundation synthesized from Dion’s knowledge of music. After studying the waves (post-punk, new/minimal/wave, left-field house/techno…), she brings together her baroque music training, extensive musicianship and self-taught electronic music production to craft a vision of her own. At first guided by raw analog electronics, the album is powered by Dion’s renewed interest in production. Embedded throughout Plein Nord are keys to its meaning. The title is meant as a direction (Due North) but also draws from the word Plein (full) and the implied contradiction of the Arctic as a symbol of emptiness facing a crowded future as the world changes under human influence. Using the secret code of langue française to express the thoughts over which she obsesses, Dion unfolds the surreal against the existential to reveal what cannot be spoken outright. Composition and lyrics are spaces and relations rather than stories. Dire narratives are sparsely etched, threaded together but never linear. Pulsing with an intimate and visceral sound, Plein Nord will slide through your flesh and mind like a glove to the nervous system.


MORT-MOI (Malmö/FR)
MORT-MOI is the creation of M’s most gothic dreams – a dark genderqueer chimera. They released a 7″ on Malmö’s own Rundgång records titled “Don’t Desire Me”. The project was born out of modular synths, reminiscences of night wanderings, desire, obsession, and strobe lights. Currently, M is resident of both SWEAT and Retreat Radio. Although they do not play live shows, they bring a hand-picked selection of synth wave, dark wave, witch house, EBM, Industrial tracks to the front during DJ sets.
https://soundcloud.com/mort-moi