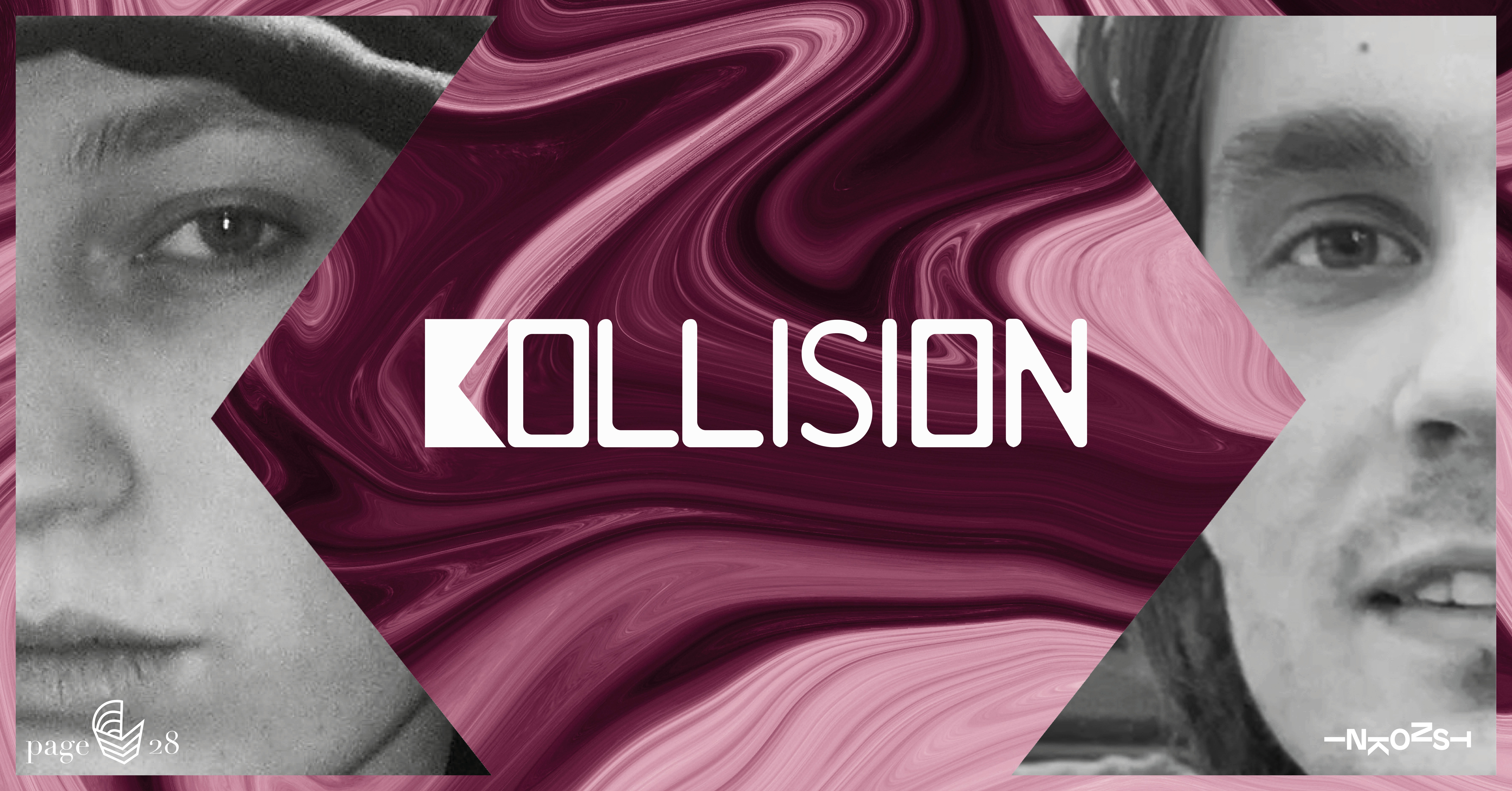 Kollision lets a musician and a poet meet to develop something completely new together, this time around Johan Stohne & Hanna Nåls. Now their joint creation will meet the audience.

It is time for Kollision’s first night  this year with the poet Hanna Nåls and musician Johan Stohne who will meet after an intense residency. On February 9th, the audience is invited to Inkonst’s big stage to take part in their work process – both the thoughts behind it and the actual result. Music, poetry and an improvised interplay between them take place on stage when completely new works are performed for the first time. In addition, Hanna and Johan will both perform their own works but also talk about their creative process together.

Johan Stohne is a composer, sound designer and stage artist based in Stockholm. He has created music for dance and theatre for many years. In Johan’s music, acoustic and electronic, high and low, dirty and beautiful, big and small emotions are mixed in a style that can perhaps be called maxed minimalism. In his creative process, he likes to acknowledge his fragility and weakness, partly to be where it burns and partly to find truth and strength in this. On stage, he uses both his own and other people’s voices, and likes to manipulate them with plug-ins to create different characters and effects.

Johan earned a bachelor’s degree in sound design for performing arts at SKH in 2022 and he recently co-founded the queer free group Goosebumps performing arts, which is supported by Potato Potato in the project Frigruppen 2023.

Hanna Nåls is a poet and author based in Gothenburg with roots in the Swedish-speaking parts of Finland. Her artistic practises also includes bookbinding, sculpture and embroidery. At the moment she’s her finishing the last year of her bachelor’s degree in Literary Composition at HDK – Valand and is working on her first novel. Hanna Nåls is drawn to writing that aims to dismantle the realities of nature and broaden it. Writing that doesn’t know where it will end up and gives in to the unknown that cannot be explained by logic. Her vision is to get close to the world and the humans in it, and get as close to the wordless as possible with the help of language as a tool.