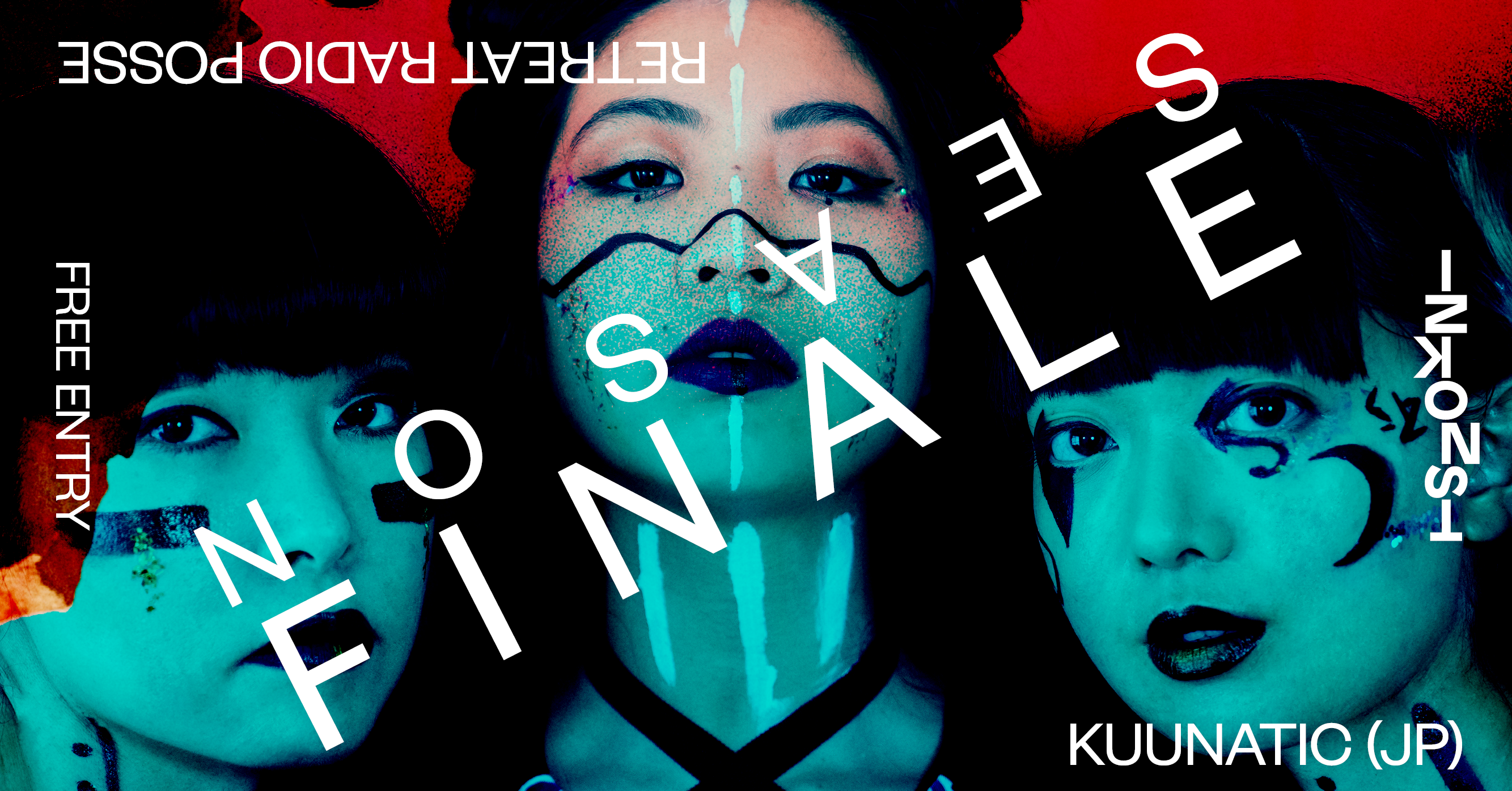 To celebrate another fine concert season, we invite you to this free season finale.

KUUNATIC was formed in Tokyo in 2016, by 3 female members who have completely different musical and cultural backgrounds. They explore primitive drumming, pulsing bass lines, atmospheric keyboard sounds with Japanese local instruments. Topping with 3-female vocals, its music makes listeners trip into their ritual translunary land. Their first EP KUURANDIA was self-released in December 2017, and a single “Roho Ulio Toweka” was released as a split 7′′ record with CROCODELIA from Taiwanese label MUTNTKND in August 2018. In the following year, the band contributed a song “Dewbow” for French label Akuphone’s Japanese female artists compilation album “Seito” released in March, and toured Europe for the first time, including performances at Raw Power Festival in London, and SuperVliegSuperMouche Fest in Bruxelles. Their first EP was also reissued on vinyl by South Korean label Extra Noir in November 2019.

Their debut album was released in October 2021 from Glitterbeat Records.


Before and after the concert, the Retreat Radio posse will bless the airwaves with wondrous music, assembling a handful of their closest collaborators for this ‘musical chairs’ type of set up.