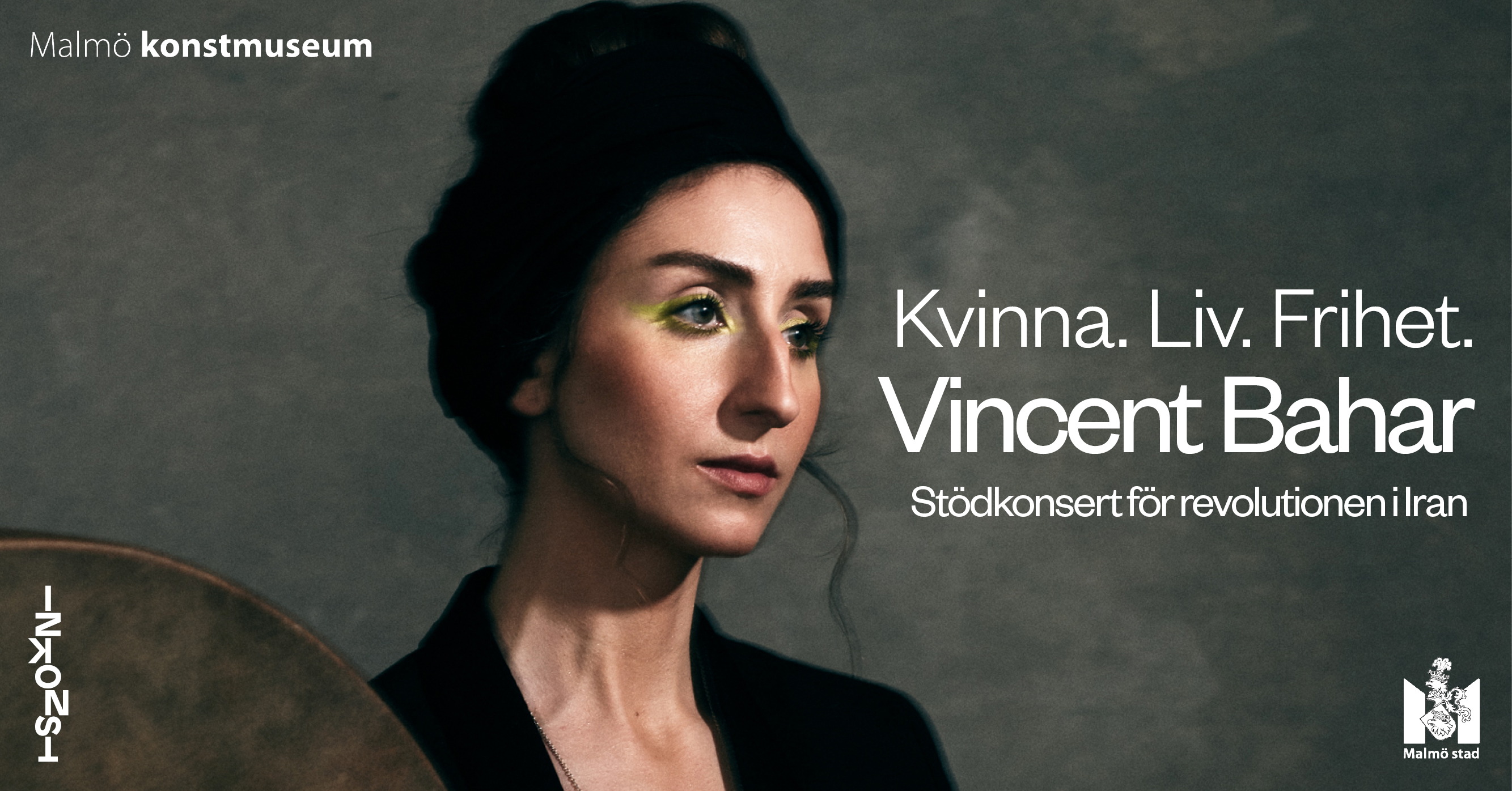 “At the time of writin thisg, the revolution in Iran is in its 74th day.
With each passing day, the revolution is growing stronger. At the same time, the Islamic regime’s brutality knows no bounds. The average age of arrested protesters is 15 years. The regime subjects children who demonstrate peacefully, to systematic rape and torture. The youngest person shot dead is a 7-year-old girl. It is time for Sweden and the West to look at themselves in the mirror and act in line with the free values ​​they claim to stand behind.”

Vincent Bahar is a composer, pianist and percussionist who mixes experimental tones with traditional Persian music. Her most comprehensive composition to date, the audiovisual work Hamal, premiered at the music festival Intonal earlier this year.
In solidarity with the ongoing uprising and feminist revolution in Iran, Vincent released her latest single Azadi (freedom in Farsi) in October. Her second album will be released in 2023.

ATTENTION! Instead of an entrance ticket, the audience donates an amount of their choice to Amnesty International’s work for the people of Iran: