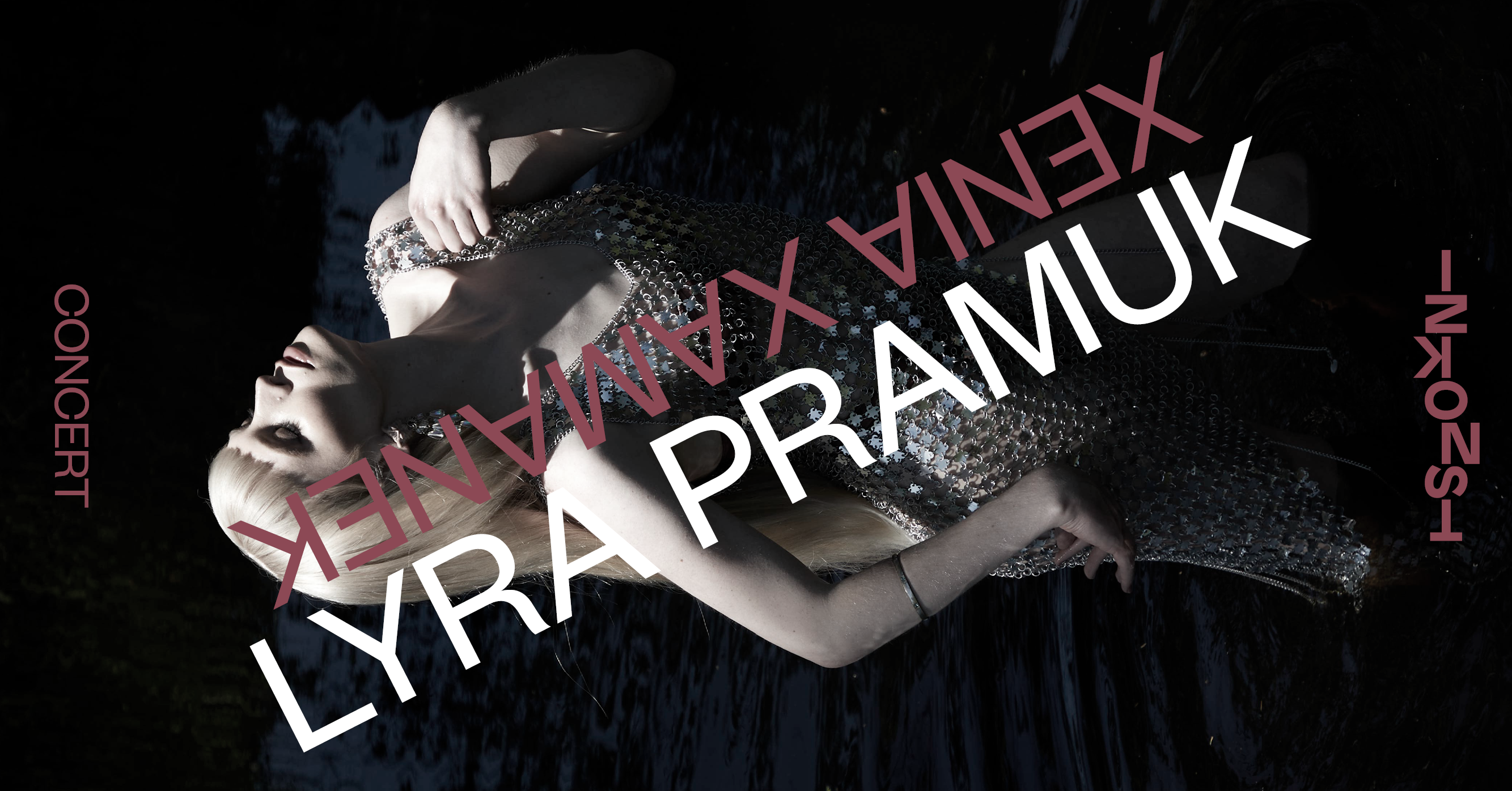 Pop sensibilty, performance and contemporary club culture - Intertwined as something that can best be described as future folk music

Pop sensibilty, performance and contemporary club culture – Intertwined as something that can best be described as future folk music and a signature sound that made Lyra Pramuk one of the most interesting artist of latter years. With devotion, sensitivity and fingerspitzengefühl, she uses the the fragility and strength that technology offers to extend and reshape the abilities of the human voice.

Pramuk grew up in rural Pennsylvania. Struggling with societal expectations and dogma, she found refuge in the digital world of the internet community, where a persons’ ability to define oneself can be far less restricted. She was also active in the town choir. Later on, as she relocated to Berlin, she rediscovered a sense of communal ecstasy in the local rave scene and in its dancefloor rituals. This sense of place, body and sonic intimacy is reflected in her beautiful, brilliant and emotional performances.

As you can hear, it’s not by coincidence that she’ve worked with other greats (and Inkonst favorites) in the same field – Colin Self and Holly Herndon are close collaborators and friends.

This concert has been in the making for a long time, but a certain pandemic came in between. Since then, Lyra Pramuk have taken a giant leap in her career, much owing to her widely acclaimed album – Fountain, released on the Icelandic imprint Bedroom Community – an immensely beautiful record showing a great artistic strength that carries a universal sense of vulnerability, placing her among the brightest shining stars, in our humble opinion.

Engaging with cultural frameworks and dismantling political mechanisms of homogenized rationality, Xenia Xamanek advances the practice of musicality towards the edges of club music and the notion of genre.

Xenia’s transdisciplinary practice builds upon computed orchestration, outputs of skillfully developed hardware experimentation, and a conceptional curiosity that has led to the creation of a diverse body of content. The genre flux often welcomes an unanticipated mixture of sounds, both inclusive and unapologetic in its diversity.

Their latest release ”Moodswings”, made in collaboration with Karis Zidore, manifests the underlying artistic approach of Xenia Xamanek in its use of volatile aesthetics and shifting emotions, while their Danish/Honduran/Nicaraguan ancestry remains a structure from which working with Latin American cultural heritage mixed with the Scandinavian is reworked and expressed in their music.

Devising connectivity, Xenia has worked with collaborative site-specific sound art, audiovisual performances, as well as being a founding member of the music platform UUMPHFF, which aims at building community centering BIPOC musicians.