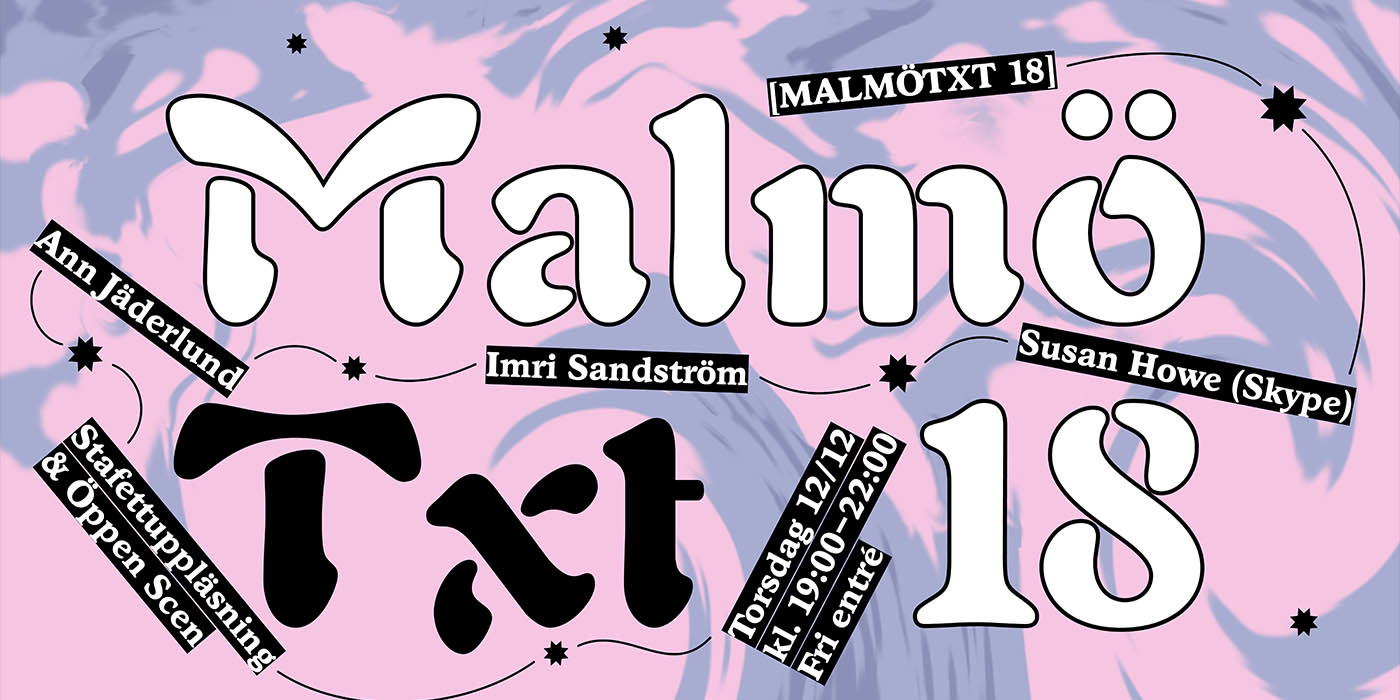 Imri Sandström (born in 1980) is a Swedish artist, writer, scholar and teacher who originates from Umeå and the woodlands outside Lycksele. She earned her PhD in creative writing with the thesis “Tvärsöver otysta tider / Across Unquiet Times”. In her thesis, stories and literary languages from New England and northern Sweden are read side by side through the lens of Susan Howe’s work. Her research examines what aspects of the different localities’ language and storytelling emerge when read in and through each other, as well as in relation to Susan Howe. Could these aspects be read and written as a kind of joint resonancy? And if so, what constitutes this resonancy and in what ways does mediation and performance alter it?
With the help of artistic and literary methods, including performative writing, translation and wordplay, the two regions intermingling texualities come into view. Hoping to unsettle the historical language of the settler-colonialist, her work aims to listen and write within the unquiet.
Besides reading from her own research, Imri Sandström will introduce Susan Howe’s writing and conduct a short discussion.

Susan Howe (born in 1937) is an American poet and literary theorist from Boston, Massachusetts. She is closely associated with the so called L=A=N=G=U=A=G=E school of poetry. Her work is often described as postmodernist in the way that it expands upon traditional notions of genres such as fictional writing, essays, prose and poetry. Several of Howe’s books are layered with historical and mythological references and presented in unconventional forms. When google searching “Susan Howe”, one can find images of her peculiar poems, fragmentary slabs of text and glitched melting pots of textuality. Her poetry oftens contains a lyrical reverberation of sound, yet absent of strict metrical structures and conventional rhyming patterns. Together with experimental musician David Grubbs, Howe has released three albums where the fragmentization of her poems are filtered through instinctive ambient soundscapes.
Besides reading her own poetry, Susan Howe will conduct a short discussion with Imri Sandström.

Ann Jäderlund (born in 1955) is one of Sweden’s most acclaimed poets. Her books have sparked debate and made a lasting impression on contemporary Swedish poetry. She made her debut in 1985 with a book of poems that utilize Wittgenstein and Lucretius, entitled “Vimpelstaden”. Since then she has published ten books of poetry, two children’s books, dramatical pieces and translated, among others, Emily Dickinson. Consistently, Jäderlund has followed her own voice, letting words retain their colloquial meaning while at the same time imbueing the words with new and secretive significance. Rhythm is an important part of her poetry, as well as lingering near certain words that eventually get suffused with intense meaning. An introduction to her writing can be found in Åsa Beckman’s “Jag själv ett hus av ljus. 10 kvinnliga poeter” (2002).
This autumn, Jäderlund is releasing a book of poems entitled “ensamtal”, that takes as its starting point the correspondence between Paul Celan and Ingeborg Bachmann.

Organizer
Malmötxt
The event is made possible with support from the City of Malmö and the Swedish Arts Council.