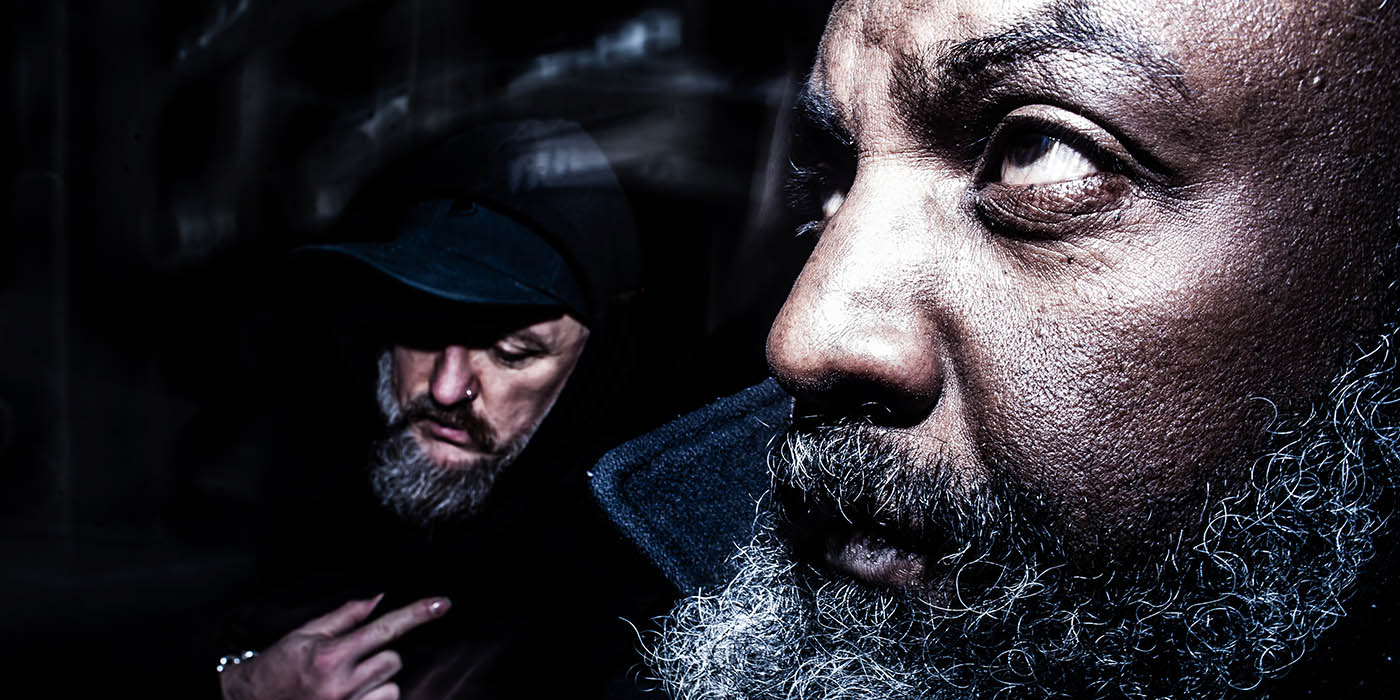 The Bug aka Kevin Martin has reunited with the poet Roger Robinson for an epic album tour. By midnight there will be a standstill.

King Midas Sound have returned! Reverting to the original duo of Roger Robinson and Kevin Martin, ’Solitude’ is their first release since the Fennesz collaboration ‘Edition1’(Ninja Tune), which dropped in 2015.

Solitude is a meditation on loss. A loss that has been enforced and unexpected. It’s about processing the irrational and incessant feelings of rejection and loneliness, like listening to the tenderness of love disappear and it being replaced by skewed logic. Kevin Martin provides a predominantly beatless musical backdrop, simultaneously minimal and menacing, but periodically extremely beautiful. It stalks the isolated characters created by Robinson’s haunting vocals, as the poet shapes, the protagonists troubled lives into increasingly desolate narratives.

A soundtrack of pure melancholy which demands total immersion, radiating desolation and dread. The appeal of Solitude is in the oppositional binaries it drives on: technology and emotion, talk and drones, overt and hidden feelings, love and melancholy. Immerse yourself in its mourning.