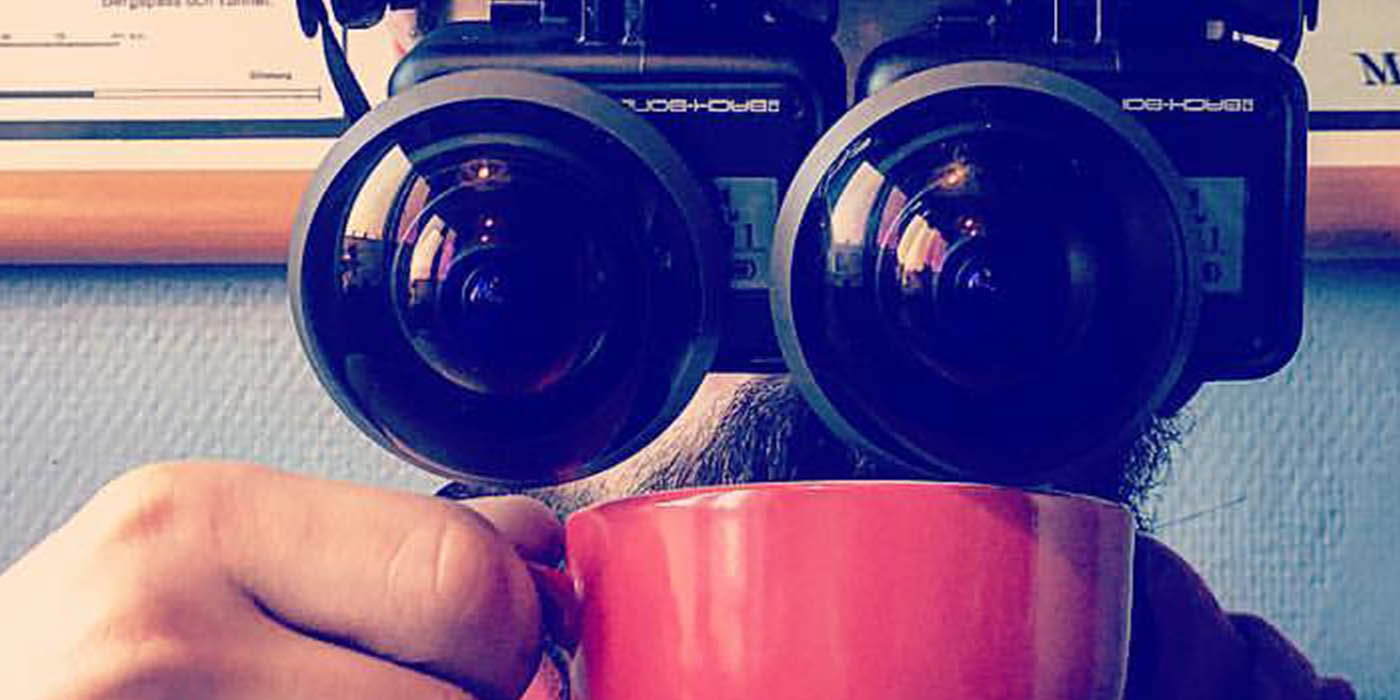 1–2/10
Mixed Reality and the theatre of the future

A seminar and panel discussion on artistic development within the field of Virtual Reality.

VR is a reality also for the performing arts where an increasing number of artists explores the interaction of audience and the work of art in a extended reality. Knowledge concerning what VR can achieve and how the rooms where the experience takes place can be used, is built up. Knowledge that can not only develop the performing arts, but also be of interest to other areas.

We are strongly convinced, not only that performing arts has a future in the light of these developments, but that it is actually an essential field of experience in the development of these technologies, especially in its role of exploring the potential and depth of possible ‘new stages’.

Sunday October 1 st 09.00–12.00
Seminar with Joris Weijdom + Lunch
Joris Weijdom is researcher and designer of Mixed Reality experiences with a special focus on interdisciplinary creative processes and performativity. He is the founder of the Media and Performance Laboratory (MAPLAB), which enabled from 2012 until 2015 practice-led artistic research on the intersection of performance, media and technology. He works as a researcher at the Professorship Performative Processes and teaches at several BA and MA courses at the HKU University of the Arts Utrecht.  Joris is always looking for the ‘inter’ in everything: inter-disciplinarity, inter-connectivity, inter-action and inter-faces. He learned from experience that sharing ideas and concepts through ‘sketching’ in a Collaborative Mixed-Reality Environment (CMRE) is a powerful and effective approach for creative research, design and development. Being able to quickly manifest ideas through interactive spatial prototypes stimulates experimentation and possibly true innovation.

Lunch after the seminar is included in the price.

Monday October 2 at 16.30–18.00
Panel Discussion
There will be a workshop with Bombina Bombast where Joris Weijdom attends, after the seminar. The workshop is closed, containing 15 participants from the performing arts, the gaming  and film industry. The participants at the seminar are invited to a panel discussion including a presentation of the workshop. Joris Weijdom and Bombina Bombast will discuss amongst each other and with the audience around Virtual Reality in the context of the performing arts, artistic development and transfer of competence between related areas of work.

Emma Bexell and Stefan Stanisic from Bombina Bombast have been working with VR film since 2013 when they built their own camera in order to create their own works for Oculus Rift’s (early version of VR goggles) first prototypes. Their focus for some years now has been to develop the performative aspect of these new headsets that reached the private market in 2016. How do we frame a VR experience? How do we direct attention and perform narratives in a 360 environment?  The workshop will consist of hands-on work with different models of VR-cameras – both full 360° and 280° point-of-view models. We will touch on every aspect of the production: acting, directing, light, sound, set and how they interplay. What new roles are there within a VR production and how does the format effect established working methods? VR has the potential to create intimate and physical works of art – but there are very few established conventions for the head-mounted screen. How does the content meet the audience? How do we frame a VR experience?

Wiki says: ”Virtual reality (VR) is a computer technology that uses headsets, sometimes in combination with physical spaces or multi-projected environments, to generate realistic images, sounds and other sensations that simulates a user’s physical presence in a virtual or imaginary environment. A person using virtual reality equipment is able to “look around” the artificial world, and with high quality VR move about in it and interact with virtual features or items. VR headsets are head-mounted goggles with a screen in front of the eyes. Programs may include audio and sounds through speakers or headphones.
VR systems that include transmission of vibrations and other sensations to the user through a game controller or other devices are known as hapticsystems. This tactile information is generally known as force feedback in medical, video gaming and military training applications. Virtual reality also refers to remote communication environments which provide a virtual presence of users with through telepresence and telexistence or the use of a virtual artifact(VA). The immersive environment can be similar to the real world in order to create a lifelike experience grounded in reality or sci-fi. Augmented realitysystems may also be considered a form of VR that layers virtual information over a live camera feed into a headset, or through a smartphone or tablet device.”