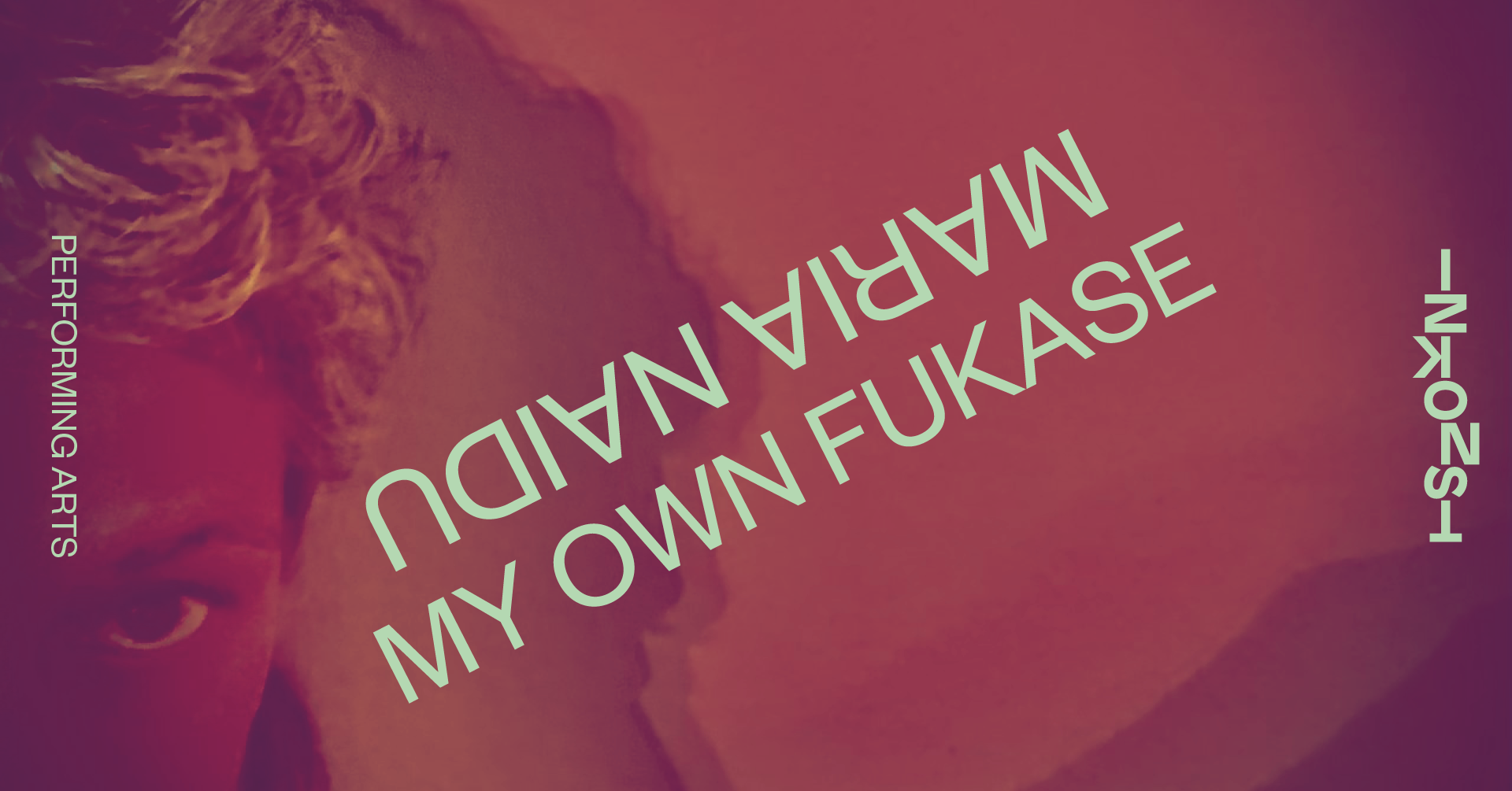 In My Own Fukase , a fate-saturated collage, we encounter a seamless, cinematic mix of movement, projections, film, subdued light, drone and deafening lamentation . Humans are fascinated by the grotesque; we massage bruises even though it hurts. We are disgusted by the smell of decay and at the same time attracted to it –Why is that?

The artistic process is inspired by the complex artistry of the Japanese photographer Masahisa Fukase (1934-2012). In his work, Fukase treated love, loss, loneliness, despair, self-destruction and mortality at different levels of depth and abstraction, in a raw, compulsive, sometimes comical and emotional way. “My Own Fukase” explores and draws on these themes through large-scale polyphonic choreography and sound composition, created for one sole live body/voice.

With financial support from the Swedish Arts Council, Region Skåne, Malmö cultural support and Dansnät Sverige as well as work residence through Dans i Halland, Inter Arts Center, Dans i Blekinge and Inkonst.

Maria Naidu is trained as a dancer at the Ballet Academy in Gothenburg and at the Alvin Ailey American Dance Center in New York City. Debuted as a dancer in 1987 and as a choreographer in 1989. She was offered a permanent job at Jennifer Muller / THE WORKS in 1991 and took a break from creating her own works. After 13 years in NYC and eight with THE WORKS, she returned to Europe. Since moving back she has participated in a myriad of performing arts productions both nationally and internationally. She choreographed for opera and theatre, worked as a répétiteur at NorrDans and Carte Blanche in Norway and produced 37 of her own works shown in 14 countries on five continents. In addition Maria has done choreography for theatre / opera and also worked as a performer. In recent years, she has appeared in works by Viktor Fröjd, Stina Nyberg and Marie Fahlin, as well as in The Last Minute by Mattias Andersson, Cabaret, directed by Farnaz Arbabi and Life, Death, Sex, Pop by Tove Sahlin at Dramaten. She also works with composition for sound, light and does costumes / masks.