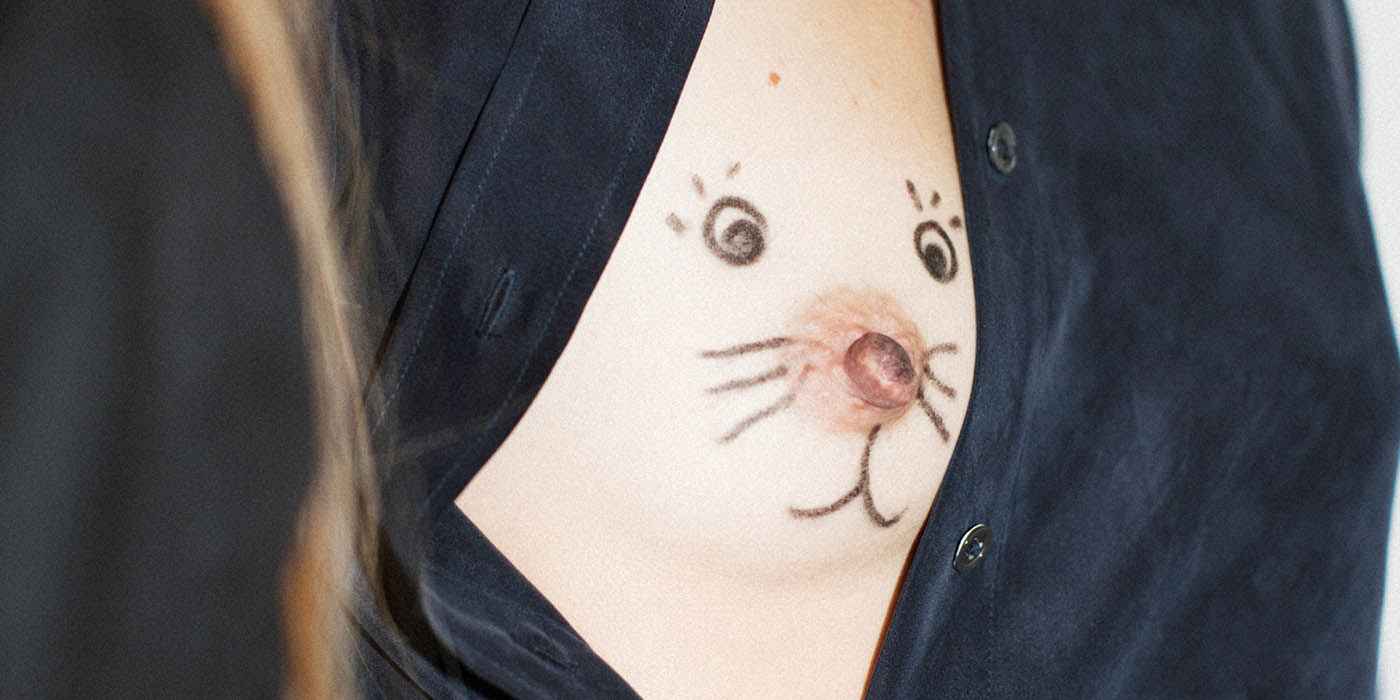 In a provocatively cute world full of defenseless baby animals and wide-eyed looks we dive deep into the adorable, into that which is extreme, almost TOO cute. When does the twee turn into something repulsive or voyeuristic? Where is the line between wanting something and at the same time almost wanting to hurt or break it?

Cute videos and pictures are a genre that just like pornography and horror are meant to make us react physically and emotionally to what we see. They do something to us. Cuteness Overload take on these adorable movements, expressions and desires and use them to think about power and powerlessness. Who is watching and who is being watched? Who is cute and who is reacting? All while walking on the thin edge between intimacy and exploitation, care and abuse. The result is grotesque, repulsive and very funny.

Cuteness Overload started as part of a project for artistic development supported by Riksteatern. Together with researcher Ingeborg Hasselgren, who wrote the thesis “Cute Feelings: the embodied pleasures of cuteness” they explored cute phenomena through practical and theoretical workshops.

Nadja Hjorton is a choreographer, dancer and director. She is a member of the ÖFA-collective and have been a co-creator and actor in many of ÖFA’s performances. Nadja’s pieces have been presented at stages and festivals all over Sweden and Europe, at MDT, Dansens hus, Parkteatern, Sommerszene in Salzburg, Kunstencentrum BUDA in Kortrijk, Reykjavik dance festival and Batard festival in Brussels to mention a few. Last time she visited Inkonst was in the spring of 2018 with Grottbjörnens folk.

Lisen Rosell is an actor, producer and have a degree in cultural studies. “Monstertruck – date with destruction” is her practice at the program for cultural studies at Stockholm University. Lisen is a member of the ÖFA-collective and have been a co-creator and actor in many of ÖFA’s performances. She has also worked at Stockholms stadsteater Skärholmen, MDT, Perfect performance and Teater Halland. She worked with choreographers Amanda Apetrea and Halla Olafsdottir in the performance “Beauty and the Beast” that won Prix Jardin d’Europe in Vienna in 2013.

Anna Efraimsson is a lecturer in choreography at the Stockholm School of Dance and Circus. She also runs The Blob, an alter ego that initiates, curates and produces art and culture with a love for dance and choreography.