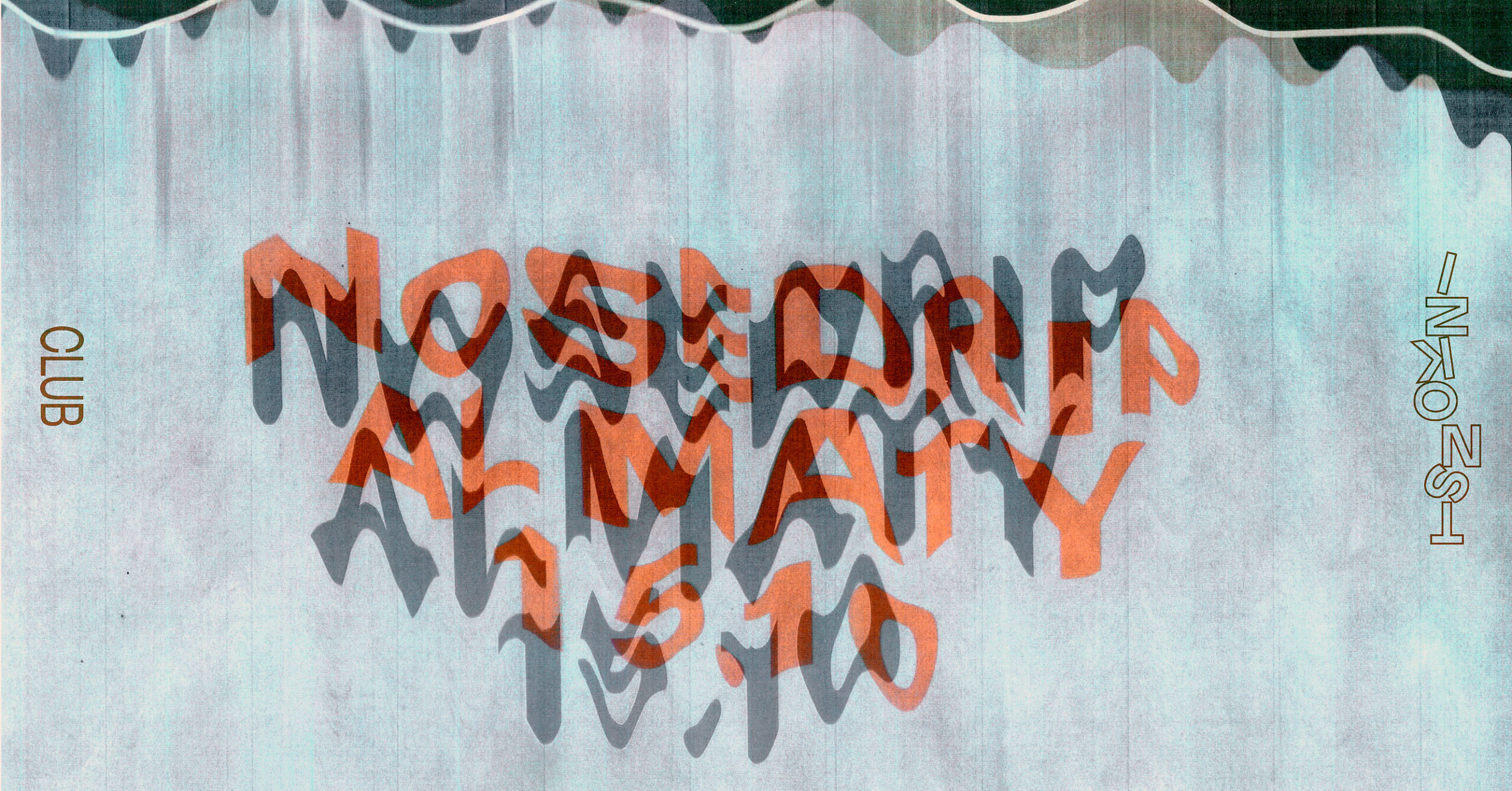 Nosedrips runs a one-man empire out of the modest Belgian coastal town of Ostend, and his STROOM label is one of the most quietly brilliant outfits in Western Europe.

NOSEDRIP [STROOM, BE]
Nosedrip runs a one-man empire out of the modest Belgian coastal town of Ostend, and his STROOM label is one of the most quietly brilliant outfits in Western Europe. A mixture of obscurer-than-obscure reissues and quirky new material makes for a label as unpredictable as it is essential, and Devriendt’s unusual touch is all over it—he prefers to make up his own compilations and sequences instead of just repackaging old records, for example, which explains how important curation and putting songs together is to him. So it’s not a surprise that , in addition to being a music nerd supreme, Devriendt is also a remarkably good DJ, whose ear for oddball cuts translates well into intuitively danceable music. Nosedrip – probably the only dj with just water on his rider – sets moods like no-one else and leaves dancefloors gasping for breath everywhere he goes. After a summer of acclaimed shows at festivals such as Listen!, Love International, Dour and Waking Life, Ziggy (yep, that’s his real name) will touch down in our little town for a real special night.

ALMATY [NAIVE, SE/DE]
Almaty – the trance-leaning and impossible-made-possible eclectic, to-Berlin-relocated ex resident of our club, is back for a rematch (shusshhh that’s a long sentence). With an impeccable technique and taste, as well as 2 fantastic EPs on Violet’s Naive label, she will surely not dissapoint as a booth companion to the aforementioned. Alma was a major part in forming the direction of our club when it reopened back in 2016, co-hosting and sharing bill on nights with a wide array of artists and DJs such as Sissel Wincent, Aurora Halal, Helena Hauff, Phuong Dan, Nazira, DJ Sundae, Vortex and Umfang to name a few. To have her back in our club space after the 2 year club hiatus that was the pandemic, is literally huge for us, and it should be for you too, all of you who found your path in club music post pandemic, cause Almaty is something really different!