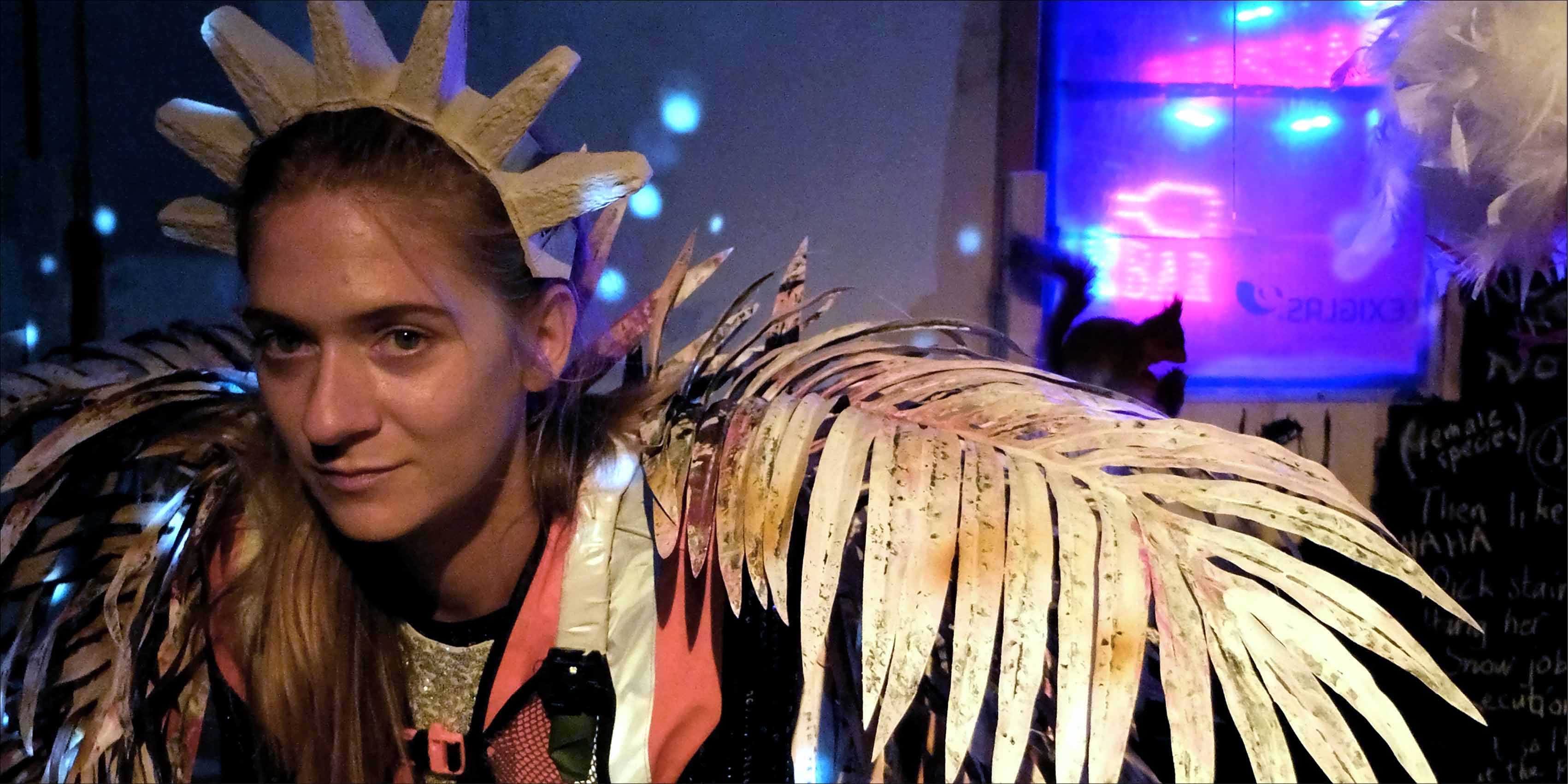 In July 1990 a warning is issued to all white, middle aged, business-looking men travelling alone on the Florida highways. Seven men have been found dead, naked and brutally murdered in the forests along Highway I-75. Aileen Wournos, a poor homeless, hitchhiking prostitute is arrested for the murders. She is sentenced to death. Six times.

A raped woman got executed. And was used for books and movies and shit.

Nina Jeppsson has been an avid consumer of the endless documentaries, books and movies made about Aileen, Hollywood production Monster perhaps the most widely known. What is her fascination about? Identification? Rage? Idol worship? A desire to personify the lesbian vindicatory whore?

Independence day is a furious and poetic performance that cuts the movies, interviews and chronological stories of Aileen to shreds. A dream-like winding journey in the backwaters of late-stage capitalism. An attempt to open up to the world rather than consume it.

Off Highway consists, in this production, of performing artist and actor Nina Jeppsson and composer Kent Olofsson who have collaborated since 2017. Their latest piece was the well-received På spaning efter den tid som flytt at Orionteatern in Stockholm.