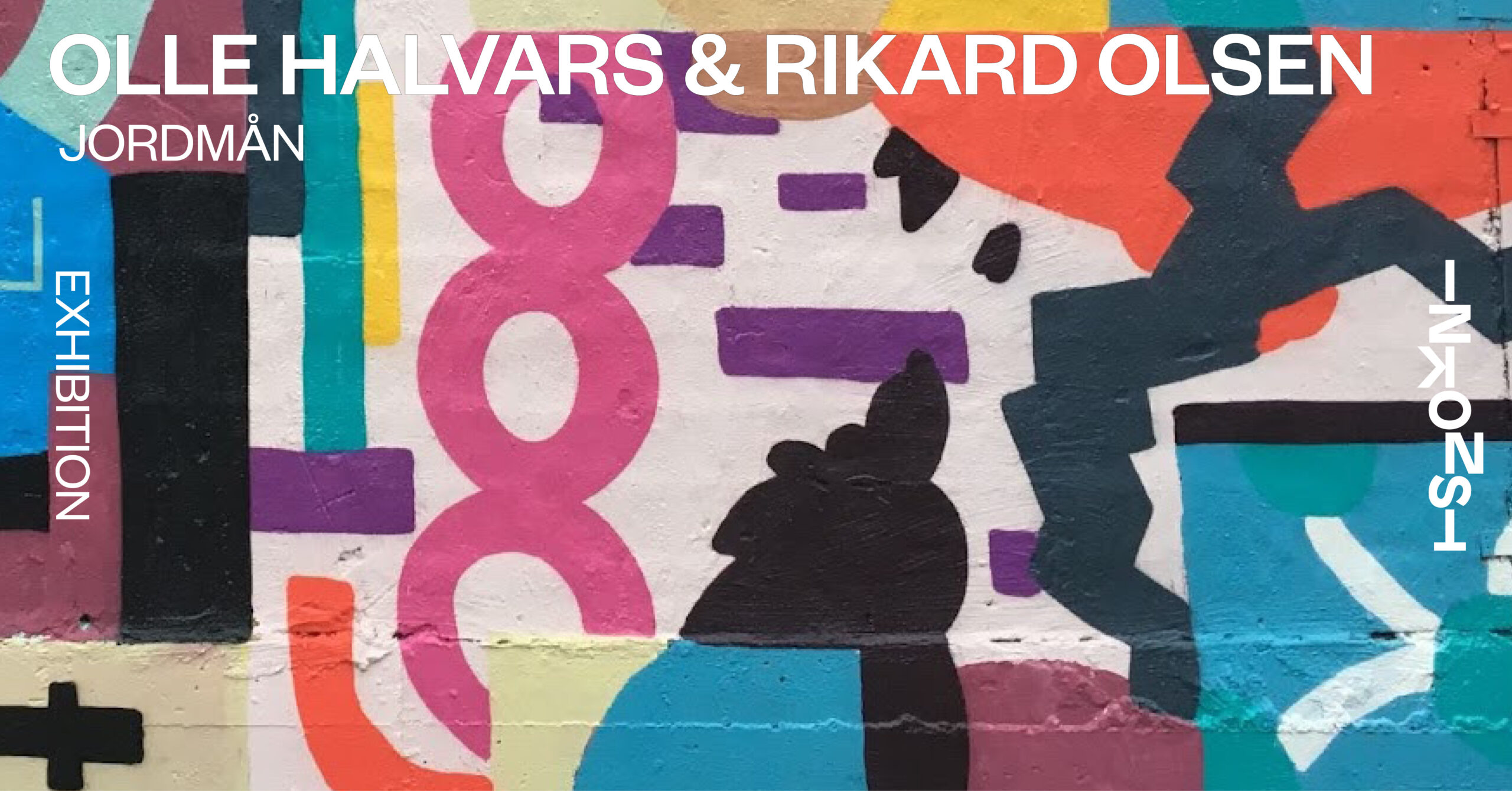 A painterly exhibition that moves like escape routes and underground tunnels over the walls of Inkonst.

The shortcut first goes above ground, then down into the tunnels carved by picks and roots. Through narrow passages that open into large cavities, like underground halls, we move in silent agreement. Onward down through pockets and passages until the crooked road before our feet forks into hundreds of small paths. Right there is a staircase that leads us further up, up until we smell soil and worn out bodies, burning horse feces  and the heat from the sun. There awaits our only way out. We push through the surface and out.

Olle Halvars and Rikard Olsen have together created  a practice where the spontaneous and playful becomes the leader in the process. To develop paintings without control or planning based on intuitive decisions made in the moment. This means that they paint over large sections or go over each other’s parts to find new paths and combinations. For the exhibition, Olle and Rikard have created paintings in large formats, with themes that touch on escape routes, underground tunnels and abstract and sacred spatialities.

Rikard Olsen (b 1986) works a lot on finding other ways to start his process instead of the classic way of making a sketch. He often lets the location and intuition do the work. You could say that it is a more playful approach to painting. In his drawings and paintings, Rikard wants to break down various elements of traditional graffiti to generate a more free way to play with form and color. The letters become indistinct and it feels like they are just mimicking words. Thoughtless scribbles and shapes inspired by comics, tags or common household items. Rikard Olsen has studied art at Grafikskolan and Konstfack in Stockholm.

Olle Halvars (b. 1985) works primarily with graphics, usually in larger formats like paintings and installations. In his works, he uses a stripped-down visual expression; a mix of clippings, broad brushstrokes and carved wood. His practice is characterized by intuitiveness and protracted analogical processes where mistakes become prominent. The works often touches both the absurdities of one’s own everyday life and the fears of our time. Olle Halvars has studied art at Grafikskolan and Konstfack in Stockholm.