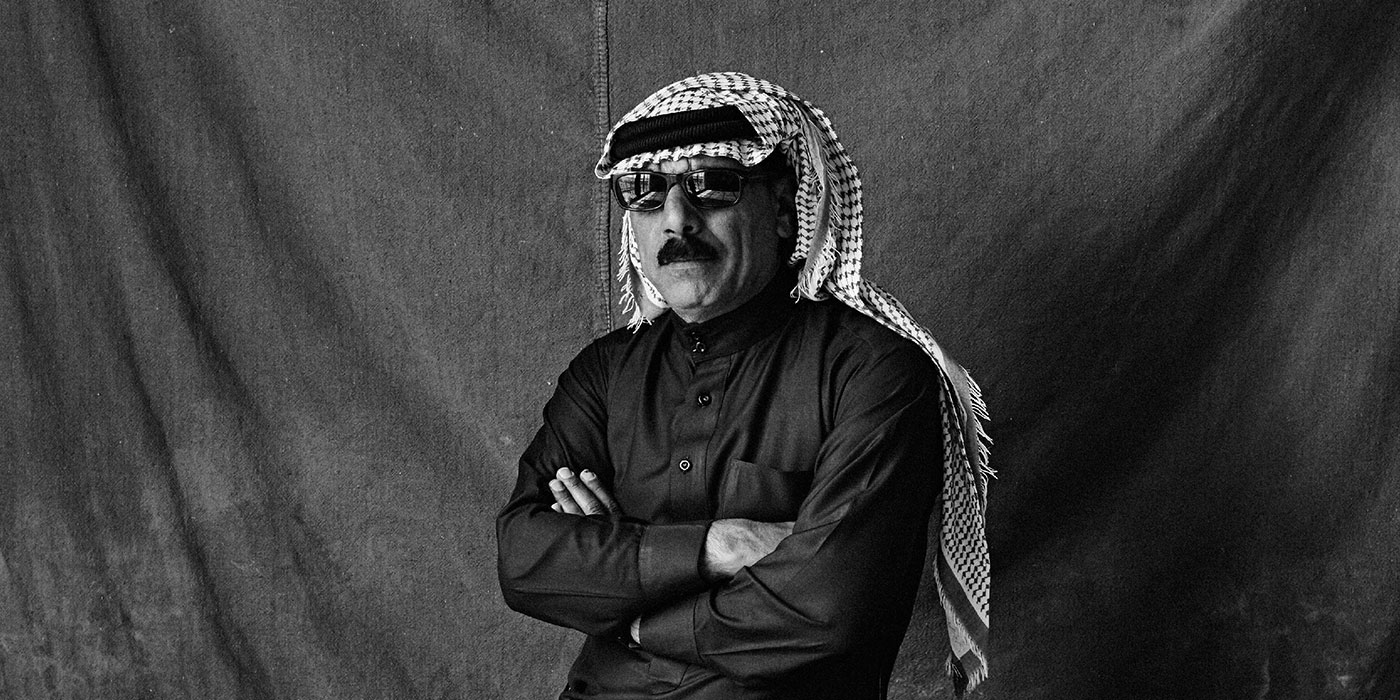 To Syria, With Love!

Omar Souleyman songs are such an important gift to the world: A document of the human experience of this moment.

The follow-up to 2015’s Bahdeni Nami, To Syria, With Love marks Souleyman’s third full-length studio record. It is a departure musically and lyrically from his previous material, with focus on more elaborate keyboard and techno elements. Completely setting politics aside, Souleyman consciously shares this personal ode to his native country with an emphasis on his emotional connection to the land and people but not without heartache in view of the nation’s current state.

“It’s been six years I’ve been away, and I’m tired of looking for home and asking about my loved ones. My soul is wounded and it’s like having dust in my eyes,” Souleyman sings on the album. “We are in exile, and our nights are long. Our homeland is our only comfort. Life caused us so much pain—our wounds are too many and every wound calls out, ‘We miss Al-Jazira’.”

Superimposed over complex electronic arrangements provided by Hasan Alo, the new music is joined with lyrics and poetry co-written by Souleyman’s long-time collaborator Shawah Al Ahmad. Medium to high-speed dabke and baladi styles are heavily featured throughout as Souleyman expresses his overarching longing for collective peace.

Souleyman, who has collaborated with Björk and Four Tet, began his career as a prolific wedding singer, releasing nearly 500 live albums before civil war broke out in his native Syria in 2011. He then moved to Turkey and in 2013 released Wenu Wenu via Ribbon/Domino, which NPR called, “…a jam so visceral, thrilling and intense as to make the mysterious matter of earthly borders seem hardly worth the time to contemplate.” The 2015 release Bahdeni Nami garnered widespread critical praise including The Guardian who proclaimed, “It’s so fast that the only appropriate way to engage with it is to wriggle your limbs. Melodies are both abrasive and ebullient, chattering endlessly like raucous birdsong.”

He has bolstered his growing status as a world and electronic music icon establishing an extensive international following after touring widely and performing at major festivals including Glastonbury, Bonnaroo, Pitchfork Paris and Roskilde. Since its founding in 2013, Souleyman has been an advocate for the charity “Our Heart Aches for Syria,” which operates in collaboration with Doctors Without Borders. In that same year, he performed at the Nobel Peace Prize Concert in Norway.