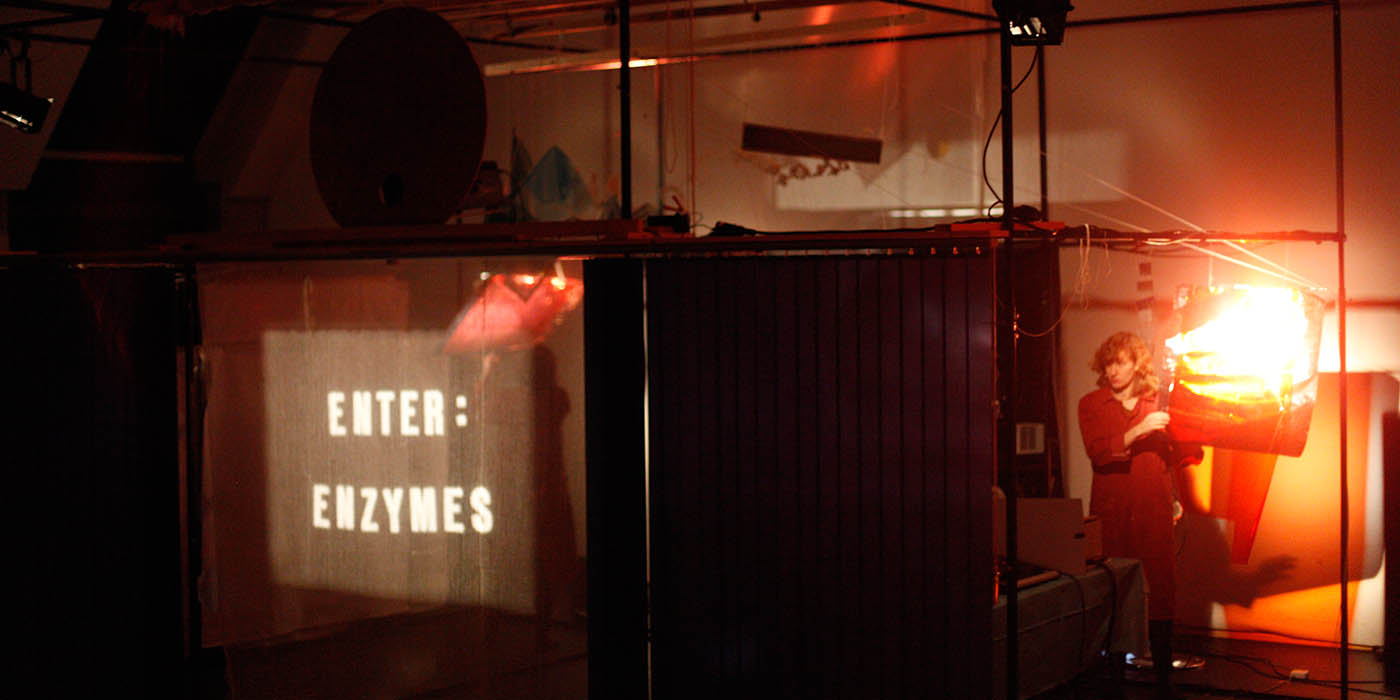 A shadow play dances out from analogue projectors and home-made lamps. Using old-fashioned materials artist Oona Libens creates a fascinating world of sounds and images to sink into and be seduced by.

In Soma we travel into a universe of image projections and shivering shadows. On the stage stands a big, sensitive machine full of different analogue projectors, home-made lamps and intricate objects that work like a primitive computer. Like conductors of this machine orchestra two people move carefully through the machine-body. It takes an incredible timing and the smallest misstep can slow down and mess up the entire process.

Through an ingenious interplay sounds and shadows tell a story of the vulnerable human body. Like a derailed lecture the story tells us about organs, bacteria and nerves – giving them human behaviours, as the psyche slips away when someone tries to describe it.

Oona Libens is a visual artist based in Malmö and Brussels. In her work she uses old techinques to project images. She graduated from the Royal Academy of Fine Arts in Ghent 2012. Since then she has created a number of performances and collaborated with Malmö Akademiska Orkester among others. Her works have been show at places like Kråkeslottet Senja (Norge, 2014), Cinema Nova Bryssel (2016), International Film Festival Rotterdam (2017), Malmö Live (2017), Bozar Bryssel (2018). Her work Nausea was shown at Skånes Konstförening.