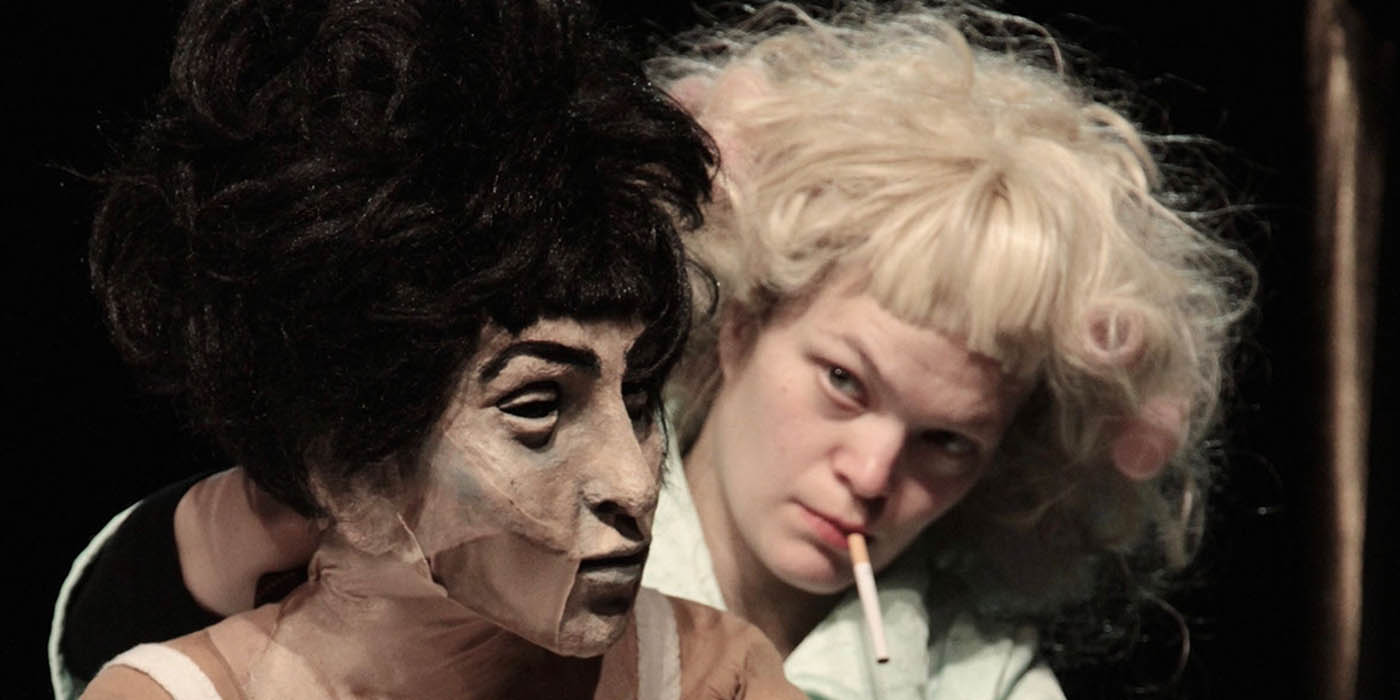 Valerie Solanas in percussion and puppets

Inspired by Sara Stridsberg’s The Faculty of Dreams a puppeteer and a percussionist create a wild hallucination around Valerie Solanas’ last living days.

Valerie Solanas was a talentet psychology student who spent her life going in and out of mental institutions. She was a writer, a radical feminist during the 1960s and 70s who described herself as “the first intellectual whore”. She was the creator of the SCUM manifesto and the woman who shot Andy Warhol. Valerie Solanas was complex, multi faceted, outrageous and completely human.

With Sara Stridsberg’s novel The Faculty of Dreams as their point of departure, puppeteer Yngvild Aspeli and percussionist Ane Marthe Sørlien Holen creates a poignant yet magical duet. Using human-sized puppets, broken melodies, video projections, a desert of loneliness and a large dose of humor they bring out the raw and the vulnerable in the story of one of the most controversial and legendary feminist icons of the 20th century.


Plexus Polaire (FR) was founded in 2008 by Norwegian puppeteer and puppet maker Yngvild Aspeli. In her performances she creates a visual universe that blends softness with cruelty. Using images, sound, gestures, imagination and objects her work gives life to the most forbidden of emotions, thoughts and relationships.