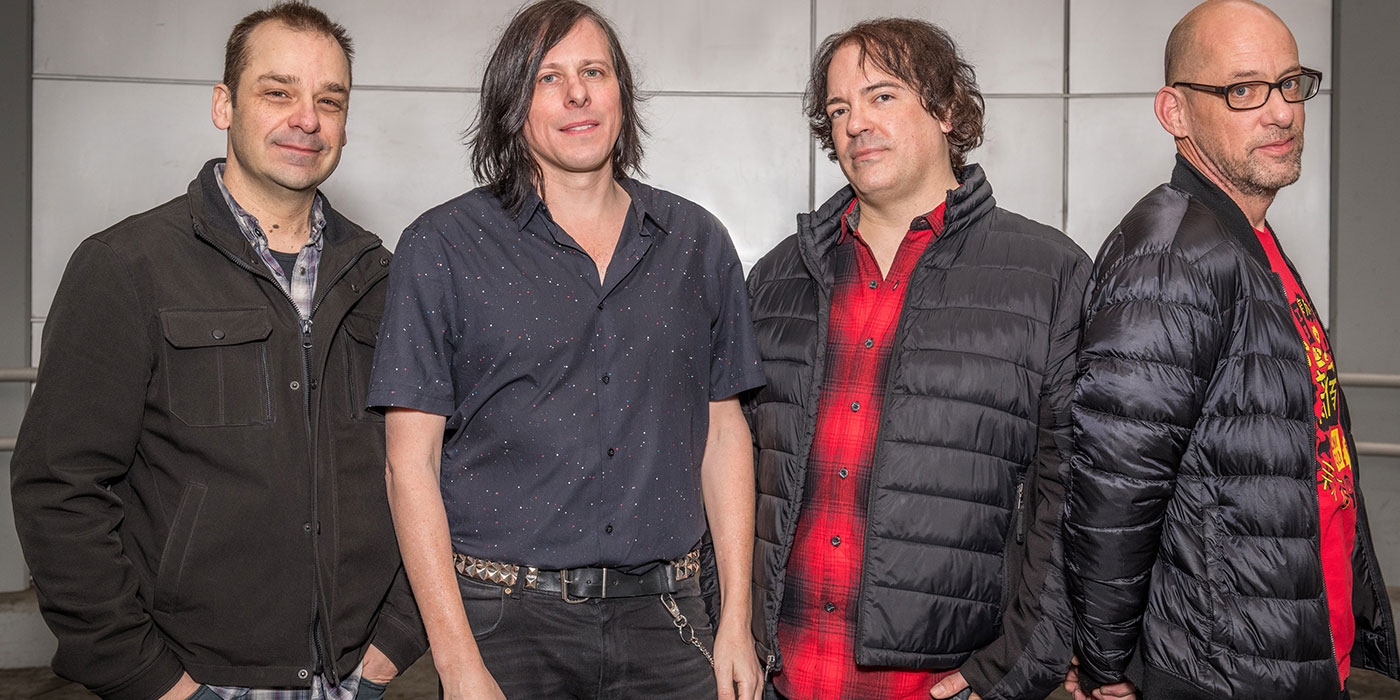 The legendary lineup from "Frosting on the Beater".

The Posies celebrates 30 years since the release of their first album.

It’s officially been 30 years since Jon Auer & Ken Stringfellow, high school mates from Bellingham WA, USA, recorded and released “Failure”, a home recorded, self-released cassette that had the improbable fate of landing the band two commercial radio hits and a record deal w the David Geffen Company, where they became labelmates of Sonic Youth, Nirvana & Teenage Fanclub. Now with a legacy of eight critically lauded albums (their latest, “Solid States” was released in 2016), a loyal population of fans around the globe, and a body of work with such classic alternative/indie anthems as “Dream All Day”, “Solar Sister”, “Coming Right Along” and many more, the band is still active and looking forward to its fourth decade in music. The band’s ’90s catalogue is set to be re-released in 2018 by Omnivore Records, and there are plans to start working on a new album soon after. The band has survived the deaths of two longtime members in the last 3 years: bassist Joe Skyward and drummer Darius Minwalla; despite that, they managed to stage a brilliant comeback in 2016 with drummer Frankie Siragusa and do several sold out tours doing pop up shows — self-produced concerts in improvised venues and unlikely spaces; indie rock raves, if you will.

For their 30th Anniversary, Omnivore Records will re-release the band’s crucial 1990s catalog — “Dear 23”, “Frosting on the Beater”, and “Amazing Disgrace”, as double CDs replete with an astounding number of previously unreleased bonus cuts, and also as double 45 RPM high fidelity LPs. The band is currently running a Pledge Music campaign (https://www.pledgemusic.com/projects/the-posies) for pre-ordering the three albums. Radiohead mentioned to Ken one night out in the pub (in Hollywood, tho) that “Frosting on the Beater” was the most played album in the van during the band’s first American tour; Snow Patrol’s Gary Lightbody & Beach Slang’s James Alex, two name but two, have each put that album in their personal top ten. “Frosting” encapsulates all the elements that make the band timeless — the two-voices-as-one interplay of Auer and Stringfellow; thoughtful and literate lyrics; broiling guitars married to shimmering melodies. If the band was out of step with its more brutal Seattle compatriots 25 years ago, it has served them well — the times, at last, have caught up to their vision.

To take this celebration around the globe, the Posies, who have had a few lineup changes over the years (always based around the founding duo of Auer & Stringfellow) will be on tour as the 1992-1994 lineup that made “Frosting on the Beater” — Jon & Ken will be complemented by drummer Mike Musburger and bassist Dave Fox. It’s been almost a quarter century since this quartet has been on the road, and recent warm up shows have been as explosive as those played by the twentysomethings of yore. Catch the band on tour this spring in North America, and this fall in Europe — their time is now, again.