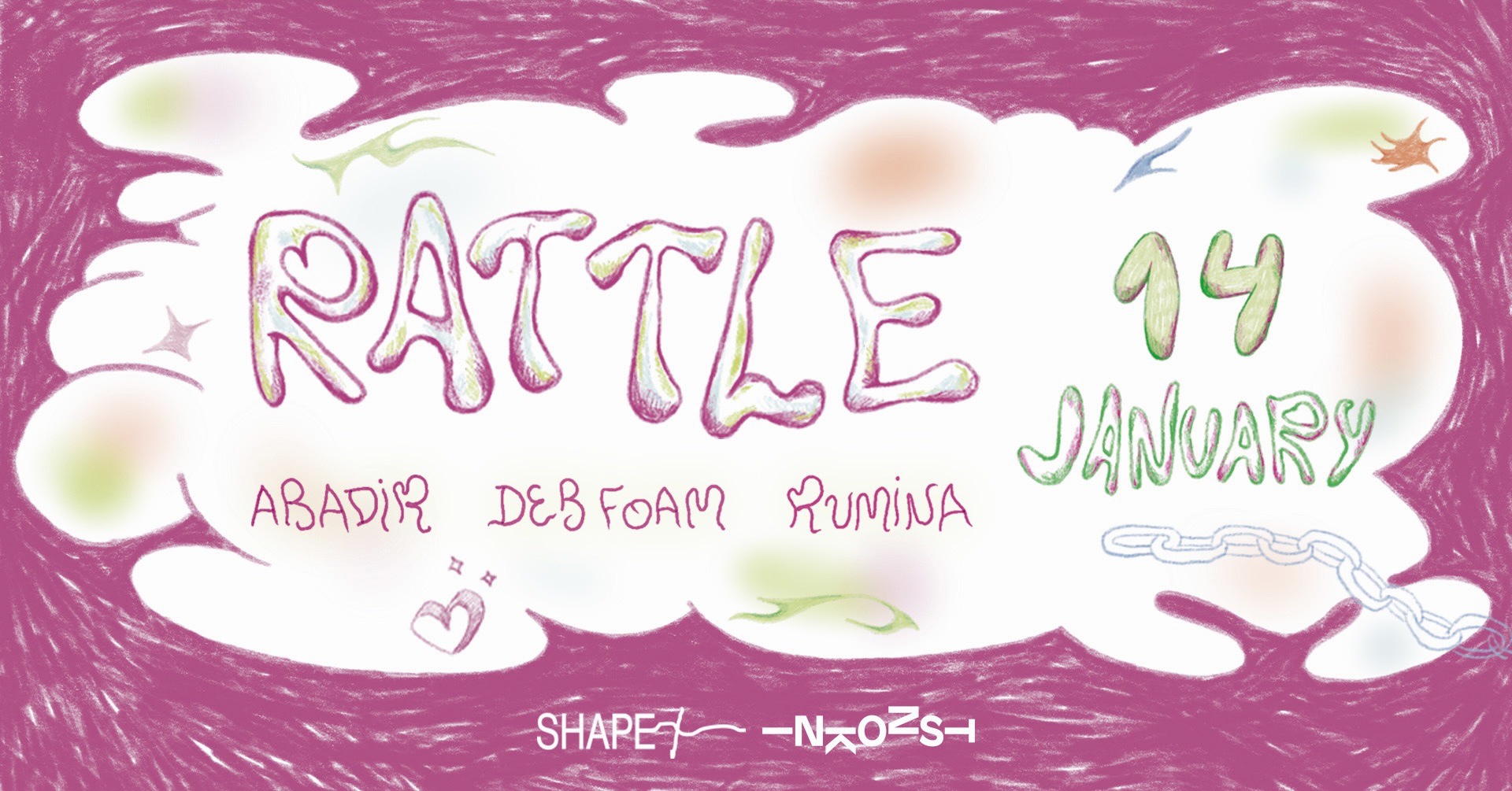 Rattle is a club concept that explores the sounds of deconstructed, experimental, and contemporary club music. Celebrating everything that rattles. Brought to you by Rumina.

★ ABADIR (EG/DE) ★
ABADIR (Rami Abadir) is a music producer, sound designer, DJ and music critic born in Cairo, Egypt.
His work combines experimental, club and ambient music, and his albums were released on SVBKVLT, Genot Centre, Hush Hush, Yerevan Tapes, Kaer’Uiks among many other labels.
Abadir holds a master’s degree in digital media from the University of Arts Bremen.

★ Deb Foam (DK) ★
Copenhagen-based producer Deb Foam has dedicated herself to using music and sound as a way to express and cope with the often overwhelming emotions that can be difficult to identify and articulate. Her productions are characterized by their aggressive and heavy sound, which reflects themes of vengeance, hopelessness, and rage that run throughout her work. Despite the intensity of these themes, there is also a sense of playfulness and experimentation in Deb Foam’s music as she continues to search for new ways to channel and release her inner world through sound. Whether through her live performances or recorded work, Deb Foam remains committed to using music as a means of self-expression and healing.

★ Rumina ★
Rumina is a Malmö-based DJ, producer, and member of the eclectic music collective FNGRLCKN. As a DJ she stays unloyal to genre, blending everything from hard drums to hardcore, and a wide range of contemporary club music.