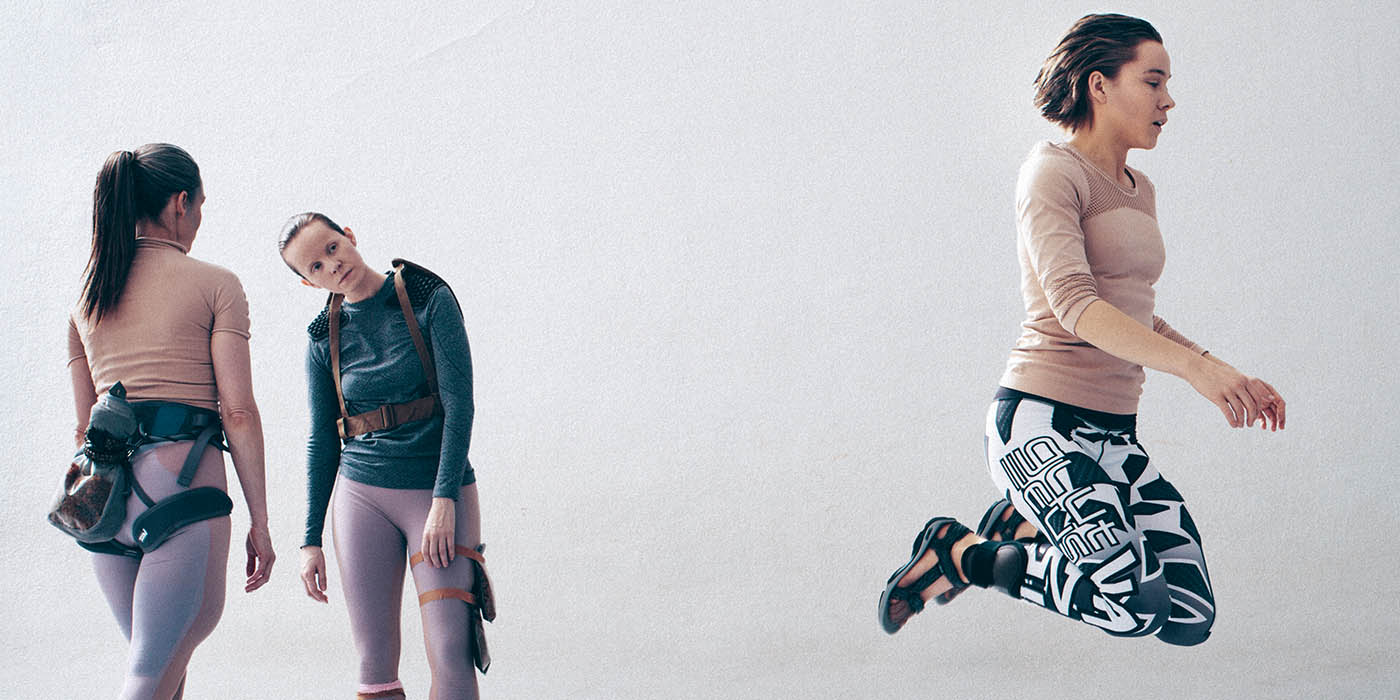 Skipping, bouncing, jumping characters in a dance performance where relationships and actions has hopped out of their usual patterns and thus become visible in new ways.

The jump is a simple movement in its most basic form. It’s a movement everyone can relate to and many has a relationship to: not everyone can jump but everyone knows what a jump is. With the jump we try to distance relationships from their habitual representation – to literally jump out of their usual doings and soundings. With an array of rythmical structures and made-up directions a practice is shaped that acts as a base for how relationships appear on stage.

Jump with me! originates in the simplicity and activity of the jump, where the jump constitutes the base for how closeness, negotiation, loneliness and togetherness is portrayed between the dancers. The performance had its premiere on May 2016 at Weld in Stockholm.


Rosalind Goldberg (SE/DE) is a choreographer and dancer based in Stockholm and Berlin. Her last performance MIT, which was performed in Inkonst in 2015, was nominated for the Prix Jardin d’Europe and has been showed at Impulstanz in Vienna and the Venice biennale. She works on her own as well as in collaboration with artists like Ingri Fiksdal, Jonas Corell Petersen, Mårten Spångberg, Stina Nyberg and Sandra Lolax.