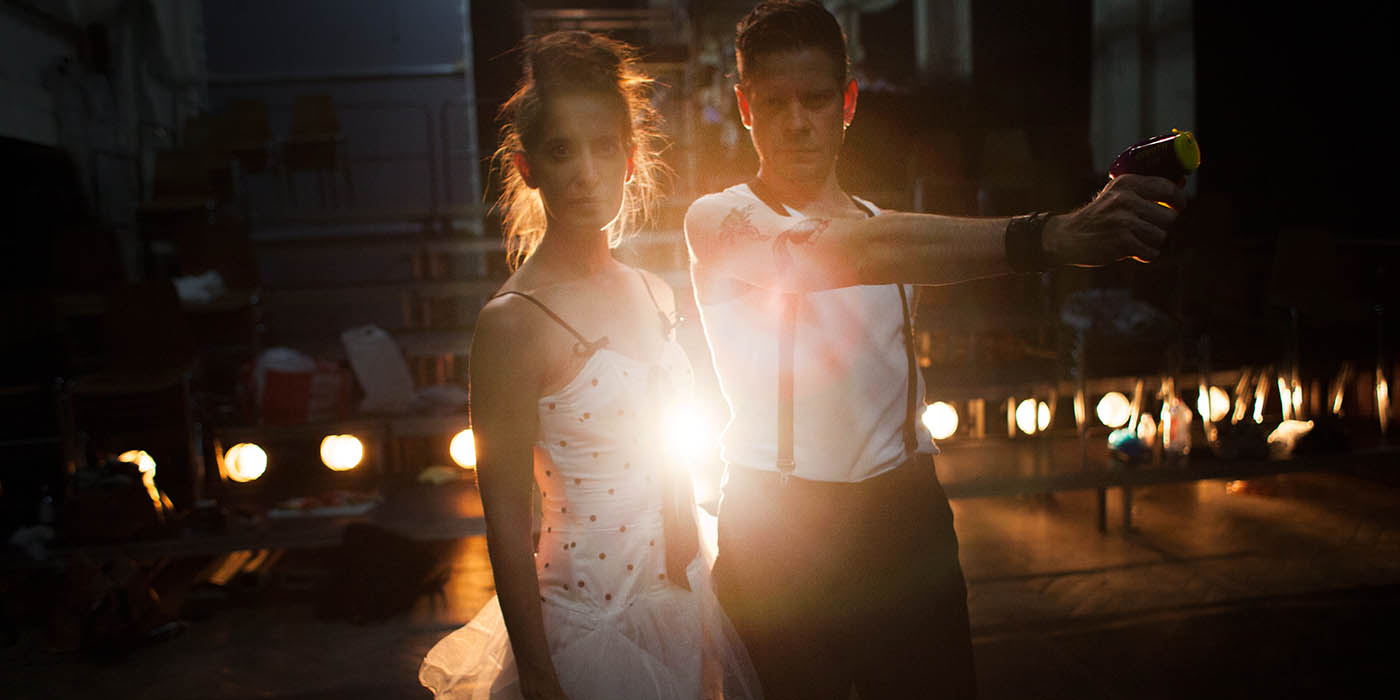 Dancing with no shame in a haunted disco

Thirteen disco balls, a ghost swing and shoes that walk on their own on an abandoned dancefloor when a musician and a dancer switch jobs to figure out how to move on after a trauma.

In an abandoned disco, a place that is dusty and dark, there is a blink from a flashlight. There is music from the 80s and goth clothes, sweat and mourning. Two characters who dance solo and together, sing, improvise live music and tell stories about wanting but not being able to. What happens when you don’t fit into any of the categories? When you stress and push yourself to reach perfection and live up to expectations, but fall flat? On the stage a space is carved out where the answer to those questions can be “Just dream, as if it were possible: dance without shame”.

It’s never too late is a performance where musician Andreas Catjar and dancer Andriana Seecker switch and share roles with each other on stage. Live music, dance and magical set designs are mixed together in a story about the ghosts of childhood alive in us, bodily trauma and how to move on even though you don’t fit in.


Andriana Seecker (DE) is a Berlin based choreographer and dancer who started a series in 2015 where she collaborates with other artists. It’s never too late is the second part in that series.

Andreas Catjar (SE) is a musician who plays in the band Covenant and has worked together with Instituet for a long time.

Institutet (SE) is a touring swedish theatre company based in Malmö and Berlin, who work to create international alliances within contemporary performing arts, focusing on critical thinking and an artistic approach to life.